It's been 45 years since eccentric billionaire Howard Hughes died and people are still looking for his will. When Hughes died, it appeared he didn't leave a will for his $2.5 billion fortune (the equivalent of $11 billion today, adjusted for inflation). A lengthy court battle over Hughes' estate ensued. More than 400 people came forward to claim part of his will.

Several different wills were produced. The most prominent and contested was known as the "Mormon will". In addition to gifting a large portion of his estate to the Mormon church, this alleged will also entitled to a totally random stranger named Melvin Dummar to one-sixteenth of Hughes' vast estate.

Who was Melvin Dummar? A gas station attendant in Nevada. Why was he given a relatively large portion of the Hughes estate?

It's a strange story, even for Howard Hughes' strangeness standards. 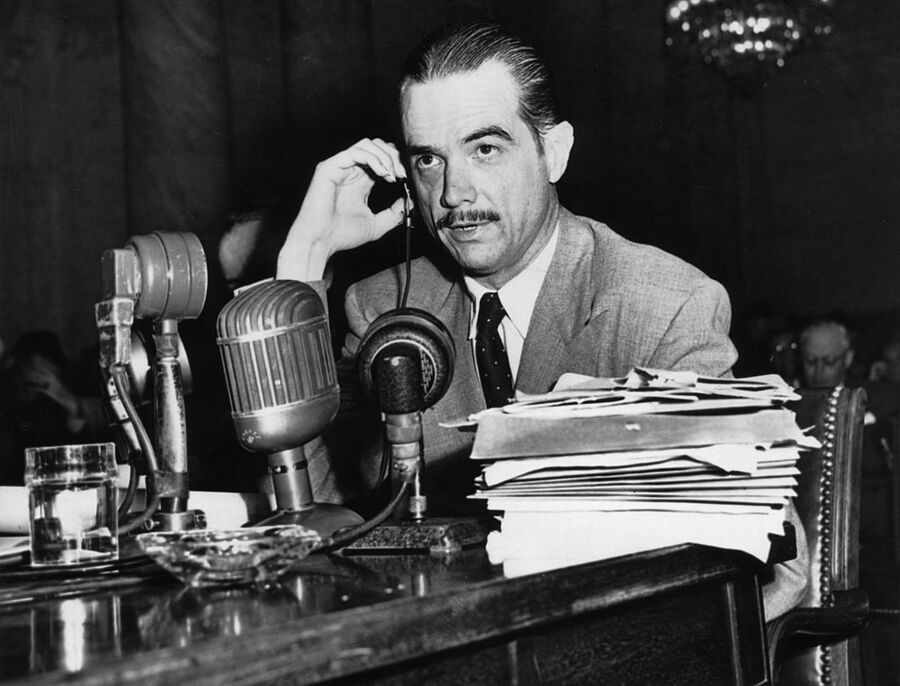 Melvin Dummar hailed from rural Nevada. By some accounts he was a gas station attendant; in others, he was a delivery driver.

In December 1967, Dummar was driving across the Nevada desert on his way to Los Angeles. Soon after passing the infamous Cottontail Ranch brothel, Melvin saw a disheveled old man on the side of the road.

At first, Dummar thought the old man was dead because he was essentially laying in a small ditch. The old man began to move, so Melvin went over to help him get up. He helped the old man up and asked him if he could take him to a doctor or the hospital or the police. The old man wanted nothing to do with any of that. He just wanted to get to Vegas.

While the two men made their way to Las Vegas, the old man told Dummar he was Howard Hughes.

Today, this would be like offering a stranger a ride, and then you realize it's Elon Musk.

Dummar didn't believe him at first. The man looked more like a skid row bum.

He proceeded to drop him off at the Sands Hotel which Howard had recently purchased for $15 million. That's also a strange story. Howard was initially staying as a long-term guest at the Sands. When hotel management asked him to leave because he was so unusual, he instead bought the hotel.

According to Dummar, at some point after his incident with Hughes in 1967, a random man who refused to identify himself, dropped a copy of the will off at the gas station in Utah where he was working.

The terms of this will entitled Dummar to a one-sixteenth share of Hughes' estate – apparently a gift for his act of kindness in helping a disheveled hitchhiker nearly a decade prior.

This version of the will was very odd, to say the least. It was purportedly written in 1968 by Hughes, but it featured number of very strange stipulations.

The will also left money to two of Howard's ex-wives. Normally that wouldn't be unusual, but these women already had alimony settlements that prevented them from making a claim on the estate.

Furthermore, the will referred to Hughes' famous flying boat/plane as "the Spruce Goose", a nickname Hughes hated. Hughes only referred to his beloved plane as the "H-4 Hercules" or simply, "the Hercules".

Finally, the will left one-sixteenth of Hughes' estate to Melvin Dummar.

FYI, one-sixteenth of the Hughes estate would have entitled both Melvin and the Mormon church to approximately $156 million.

After adjusting for inflation, today that's the same as around $750 million.

In June 1978, a Las Vegas court decided that this will was forged.

In 2005, retired FBI agent Gary Magnesen started to dig into Dummar's story. He found that several of Hughes' closest employees actually remembered Hughes entering the Sands Hotel one morning in December 1967 after getting dropped off by a stranger. Hughes told them he'd been picked up by Dummar in the desert.

The more he dug into the story, the more Gary Magnesen believed Dummar's account. He even wrote a book about the ordeal titled, "The Investigation: A Former FBI Agent Uncovers the Truth Behind Howard Hughes, Melvin Dummar, and the Most Contested Will in American History."

There's no way to know how he felt about his brush with fame and fortune. If he was telling the truth, with some basic investment returns between 1978 and 2018, he could have died a billionaire!

What do you think? Was Melvin's story true or totally fabricated?