Bernard "Bernie" Ebbers was sent to prison in 2006 after being found guilty of one of the biggest frauds of the 20th century. Now, he's being released early, due to suffering from dementia after serving a little over half of his 25-year sentence. Ebbers was CEO of WorldCom, back in the day. The now 78-year-old led WorldCom through a series of acquisitions that transformed the company from a small Mississippi based phone company to a behemoth competing with AT&T and other national long distance carriers. WorldCom's apparent success, which drove its stock price way up, was just a fantasy created by Ebbers to bilk the company out of $11 billion.

Former WorldCom employees testified that Bernie Ebbers told them to cook the company's books to make it look like WorldCom was making more money than it actually was. Eventually, WorldCom went bankrupt, and in doing so, wiped out billions of dollars in the value of its stock. Ebbers was convicted of securities fraud, conspiracy, and filing false reports in 2005. His 25-year prison sentence was one of the most severe ever given to a corporate executive.

Long before that, though, Ebbers was flying high, living the life of a well-compensated CEO, with the lifestyle and toys to match. He was one of the founders of WorldCom and its CEO from 1985 to 2002. When WorldCom's shares were at their height, Ebbers was a billionaire. In 1999, his net worth was $1.4 billion. When all was said and done and he was on his way to prison, Ebbers was worth just $50,000. 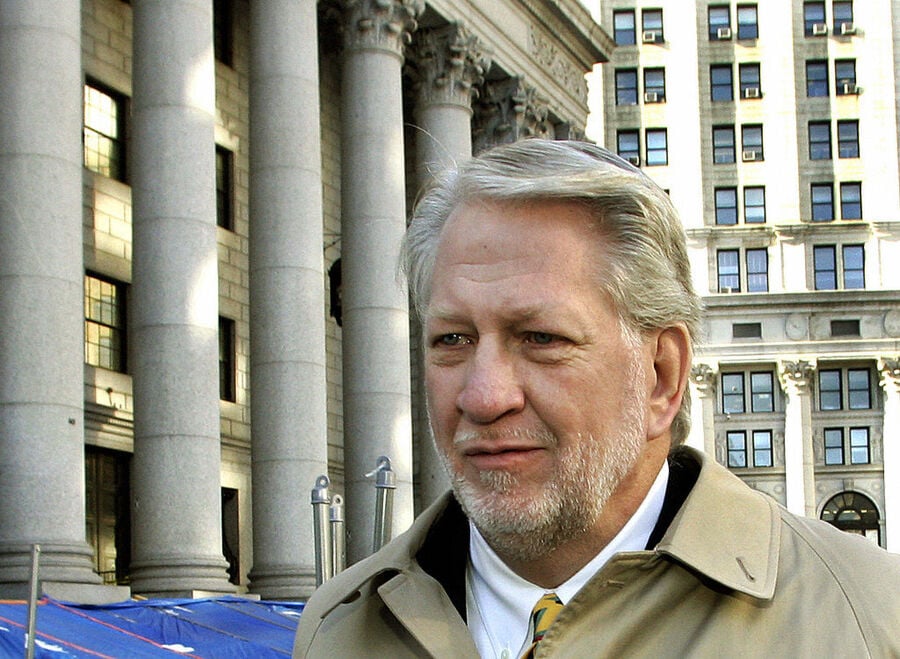 Ebbers was born on August 27, 1941, in Edmonton, Alberta, Canada. He was the second of five children. His dad was a traveling salesman and the family also lived in California and New Mexico while Ebbers was growing up. He attended the University of Alberta and Calvin College briefly before transferring to Mississippi College on a basketball scholarship.

He began his career running a chain of motels in Mississippi. In 1983, he joined several other people as investors in the new company, Long Distance Discount Services, Inc. (LDDS). Two years later, he was made CEO of the company. During his tenure, LDDS acquired more than 60 other telecommunications companies. The company's name was changed to WorldCom in 1995. In 1996, WorldCom acquired MFS Communications, which gave Ebbers' company UUNet's Internet backbone. The $12 billion deal was one of the largest corporate acquisitions in U.S. history.

Then, on October 1, 1997, Ebbers announced that WorldCom was acquiring MCI for $40 billion. Two years later, in 1999, MCI WorldCom announced that it was buying rival Sprint for more than $115 billion. This deal never went through, however, due to anti-trust concerns. The telecom market soon took a downturn and sent WorldCom's stock spiraling downward. At the time, Ebbers had many personal holdings including:

Many of Ebbers' acquisitions  were bought with loans backed by his WorldCom stock holdings. As the stock price declined, he was asked to provide additional collateral for the loans. The WorldCom board authorized a series of loans for Ebbers between September 2000 and April 2001, so that he didn't have to sell his shares. When Ebbers was forced to resign on April 30, 2002, WorldCom consolidated his loans into a $408.2 million promissory note. WorldCom's share price at the time of Ebbers' resignation was under $2. Two months after Ebbers resigned, WorldCom admitted to nearly $4 billion in accounting misstatements. That figure eventually was revealed to be more than $11 billion.

Ebbers appeared before the House Committee on Financial Services on July 8, 2002. At the hearing, he stated that he didn't believe he had anything to hide and that no one would find that he engaged in criminal or fraudulent activities. He then asserted his Fifth Amendment rights against self-incrimination.

Federal authorities indicted Ebbers on security fraud and conspiracy charges on March 2, 2004. He was also charged with nine felonies: one count each of securities fraud and conspiracy and seven counts of filing false statements with securities regulators. He was found guilty of all counts on March 15, 2005, and sentenced to 25 years in federal prison in Louisiana. He reported to prison in 2006 after his appeal failed.

A class action civil suit was brought against Ebbers by WorldCom investors in October 2002. A settlement was approved in September 2005, in which Ebbers and his codefendants would distribute more than $6.13 billion plus interest to more than 830,000 people and institutions that held stocks in WorldCom at the time of its collapse. Ebbers agreed to relinquish a number of his assets, including his Mississippi mansion, his interests in a lumber company, a marina, a golf course, hotels, and thousands of acres of forested real estate. When that was all done, Ebbers had a net worth of $50,000.

Now, Ebbers is being released due to his reported dementia. Ebbers' daughter Joy has sworn in a declaration that her father has dementia. A prison psychologist disagrees and said that he was "alert, aware and oriented to person, place, time and situation," when on the phone with his daughter asking about her efforts to get him out of prison. The psychologist noted that Ebbers presents a much different persona when he knows he's being watched. When he was examined in October, he reportedly acted like he didn't even know he was in prison, let alone the date and time.

Ebbers' attorney noted that dementia has many forms, including symptom fluctuations. His release is not being requested solely for cognitive issues. Ebbers has fallen multiple times and weighs just 148 pounds, down from 200 over the summer. "Objective medical findings show that his age and medical condition qualify as extraordinary and compelling reasons for compassionate release," Ebbers' attorney wrote.