How Will The $146 Billion Gates Divorce Stack Up Against The Biggest Billionaire Divorces?

The details related to the division of their sizable and diverse assets are still murky.

Prior to their filing, Bill was the fourth-richest person in the world with a net worth of $146 billion. It is therefore not unreasonable to think that this divorce will rank as one of the largest and most-expensive in history. 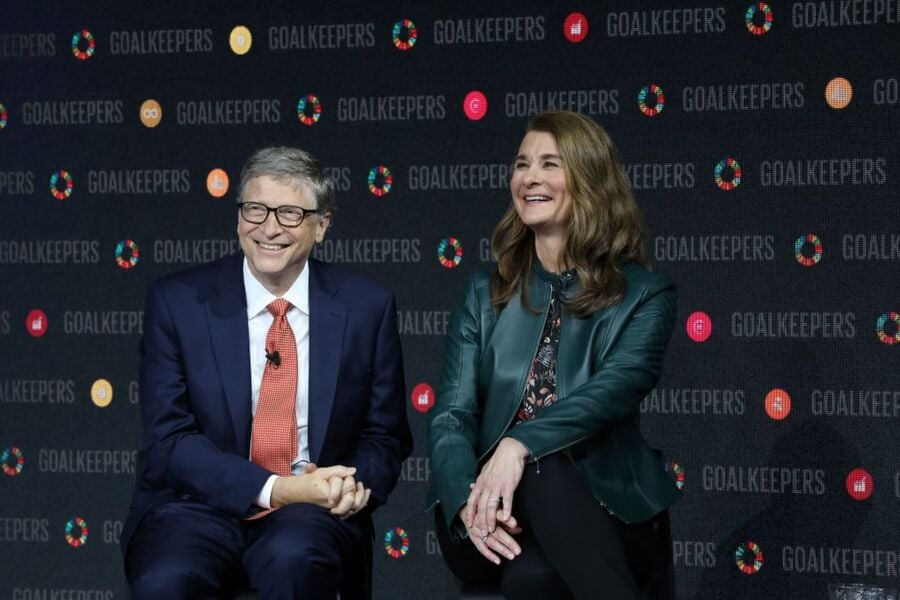 The former couple met in the late 1980s when Melinda took a job at Microsoft. They married in 1994 on the Hawaiian island of Lanai (which ironically is now owned by Gates' longtime rival Larry Ellison). The following year, in 1995, Gates became the world's richest person for the first time with a net worth of $12.9 billion. He basically held that title untouched until 2017 when he was overtaken by Jeff Bezos.

The divorce filing indicates that the couple is currently separated and living apart. They signed a document that lays out how they will handle their finances while living apart. The divorce petition asks the court to divide their assets based on their separation agreement, but those details are not yet public.

Bill and Melinda's primary state of residence is Washington, which is a community property state. Basically, that means all assets made or acquired by either party in the marriage are communal property and usually split equally in a divorce when there is no prenup. However, the Gates' could go the same route as Jeff Bezos and MacKenzie Scott and divide their assets in a way that is called "just and equitable." In the case of the former Mr. and Mrs. Bezos, Jeff gave MacKenzie one-quarter of his stake in Amazon when they divorced. Roughly 20 million shares. Those shares were worth around $36 billion on the day the deal was revealed.

If Bill and Melinda split their fortune equally, she could end up with right around $70 billion. That would make her wealthier than MacKenzie Scott and Julia Fleischer Koch, and Alice Walton. If Melinda ends up with $70 billion, she will be the second richest woman in the world behind Francoise Bettencourt-Meyers.

Whatever the outcome of the Gates divorce is, it is sure to rank among the biggest divorce settlements of all time. Below are the current top five, in ascending order.

Roy and Patricia Disney filed for divorce in 2007 after 52 years of marriage. Roy was 77. Patricia was 72. Roy is Walt Disney's nephew and was worth $1.3 billion at the time of his divorce. He lost almost half of his net worth in the settlement. In 2008, Roy married writer Leslie DeMeuse. He died a year later. Patricia died in 2012.

Steve and Elaine Wynn are the co-founders of casino and resort company Wynn Resorts. They divorced for the second time in 2010. The settlement gave Elaine $11 million shares in the company, worth at the time about $795 million.  When Steve stepped down from the CEO and chairman jobs of Wynn Resorts in 2018 due to the sexual harassment allegations against him, he sold all of his shares. Elaine Wynn is now the largest individual shareholder in Wynn Resorts.

The Hamm divorce was an acrimonious three-year battle in court. Oil tycoon Hamm and his wife of 26 years did not have a prenup. He attempted to buy her off in 2015 by writing a check for $974,790,317.77. Sue Ann deposited the check and then decided she wanted more money. She filed an appeal seeking a larger share of Hamm's $13.6 billion fortune. The Oklahoma Supreme Court agreed with Hamm and dismissed Arnall's appeal. Sue Ann used that money to fund a PAC that sought to unseat the judge who presided over the divorce. She was successful.

The divorce of Bill and Sue Gross was a doozy. Sue filed for divorce in 2016 and a year later, was granted a $1.3 billion divorce settlement. She was also granted the former couple's $36 million house in Laguna Beach, and "Le Repos," a 1932 Picasso painting that Sue sold for $35 million. Bill fought for custody of at least one of their three cats, but Sue got all three.

Jeff and MacKenzie met when they were working at D.E. Shaw in New York. MacKenzie drove the couple across the country to Seattle while Jeff worked on the business plan for what would become Amazon. She was integral in helping him get his company off the ground. In April 2019, she was given a divorce settlement equal to 4% of the outstanding shares of Amazon, which were worth $35 billion at the time. Two years later, Scott is worth $53 billion.