How The Wertheimer Family Became One Of The Wealthiest Families On The Planet, With A Combined Net Worth of $45.6 Billion

By Amy Lamare on October 4, 2018 in Articles › Billionaire News

We live in an era of truly incredible wealth and vast inequality between the richest billionaires and every day middle class people. The 25 richest families in the world have a combined net worth of $1.1 trillion. The Wertheimer family is the 6th wealthiest family in the world, with a combined $45.6 billion net worth. The Wertheimer family wealth comes from their ownership of the Chanel fashion house. The path to that started back in the late 1800s when Ernest Wertheimer emigrated from Alsace to Paris and purchased the theatrical makeup company Bourjois, which developed the first dry rouge. Ernest's sons Pierre and Paul took over the family business in 1917. By 1920, the company was the largest and most successful cosmetic and fragrance company in France.

Pierre met Gabrielle "Coco" Chanel at some point in the early 1920s. The two became business partners and in 1924, Pierre entered into an agreement with Coco to create Parfums Chanel. Coco Chanel believed the time was right to take her fragrance Chanel No. 5 to a wider customer base. Previously it had only been available in her boutique. Chanel was aware of Pierre's expertise in retail, his familiarity with the American market, and his financial resources. For a 70% stake in the company, Wertheimer provided the financing for the production, marketing, and distribution of Chanel No. 5. For 10% of the stock, Chanel licensed her name to "Parfums Chanel" and removed herself from involvement in all business operations. 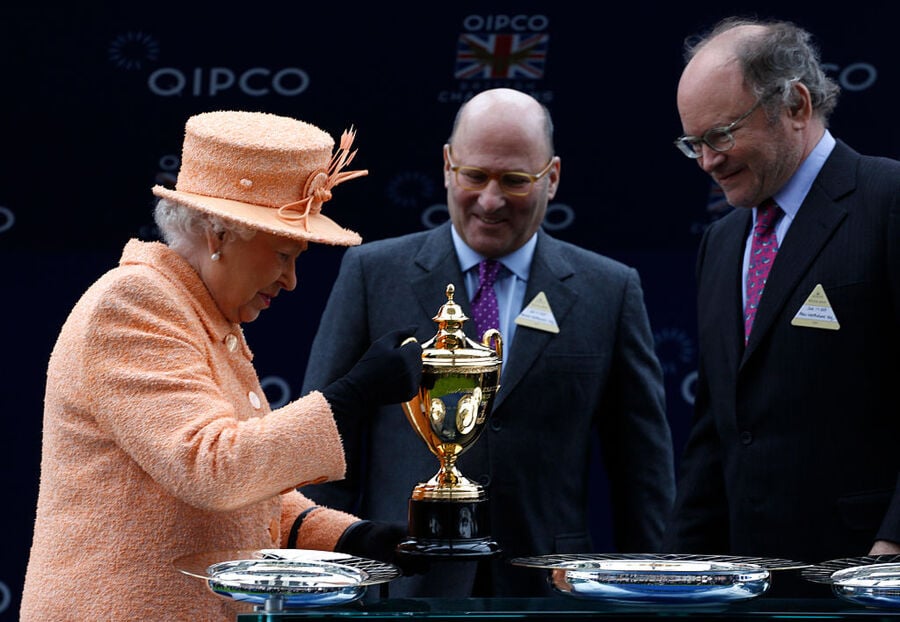 As the decades passed, Chanel was ultimately unhappy with the deal she'd made with Wertheimer and tried to regain control of Parfums Chanel. She sued the Wertheimers in 1935, but lost her case. Then, World War II brought the Nazis to Paris and all Jewish-owned property and business enterprises were seized. Chanel saw the opportunity to get the fortune her fragrance generated back in her control. She contacted the German officials and told them that the Jewish Wertheimers owned her perfume and it was her legal right as an Aryan to take it from them. What Coco did not know, is that the Wertheimers anticipated the Nazi mandates against Jews and had fled to New York in 1940. However, before they did, they had turned over full legal control of Parfums Chanel over to a French business man and Christian, Felix Amiot. At the end of the world, Amiot turned Parfums Chanel back over to the Wertheimers.

When Coco Chanel died in 1971, the family bought out her stake in the company.

Today, Pierre's grandsons, Alain and Gerard run Chanel. The brothers have been working for the fashion house for 43 years. They are the third generation of Wertheimers to run the more than 100 year old company.

Gerard is based in Geneva, Switzerland. Alain lives in New York and has been credited with resurrecting the Chanel brand when he took over control of the company from his father in 1974.

Alain and Gerard, tapped one of the fashion industry's most famous creative directors, Karl Lagerfeld, to run the most famous brand in the world in 1983. Together, they have privately held Chanel for more than 30 years. Despite this, they are two of the least famous fashion house owners. When they attend runway shows, they travel there in a modest French made hatchback and slip into the third or fourth row unnoticed.

Like many of the wealthiest families, the Wertheimers maintain a low profile and stay out of the public eye. Little is known about them personally. What is known is that each owns half of Chanel. They rarely attend Chanel events and never use their names in advertising. As for why they stay so out of the public eye, in a 2002 interview, Gerard said: