By Amy Lamare on September 21, 2020 in Articles › Billionaire News

It's been a minute since we talked about the Sackler family. You remember them, right? They are the family dynasty behind Purdue Pharma – the creators and pushers of OxyContin. The Sackler family is largely considered to have contributed to the opioid crisis and profited handsomely from it in the process. The family collectively is worth about $14 billion while countless people have lost their lives to opioid addiction. The family reportedly knew how addictive their supposedly non-addictive pain killer was, and they allegedly backed the company's push to increase sales rep's visits to doctors and other prescribers of the highly-addictive opioid. Purdue Pharma hired a consulting firm that pushed sales reps to target doctors they identified as "high prescribing." One doctor allegedly wrote an additional 167 prescriptions for OxyContin after a sales rep made additional visits to their practice. Thousands of lawsuits were filed against Purdue Pharma by state attorney generals and others.

The first lawsuit was filed all the way back in 2007. In that one, Purdue pleaded guilty to misleading the public about how addictive OxyContin really is. By the time 2019 rolled around, more than 130 people were dying each and every day from opioid overdoses. Purdue Pharma declared bankruptcy in September 2019 as a legal maneuver. The Sacklers knew, allegedly, that their OxyContin was problematic as far back as, well, we will just default to 2007 and that first lawsuit. They had 12 years to protect their fortune and that's exactly what they did. Purdue and its subsidiaries moved billions of dollars to companies registered in known tax havens in Delaware, the British Virgin Islands, and Luxembourg. 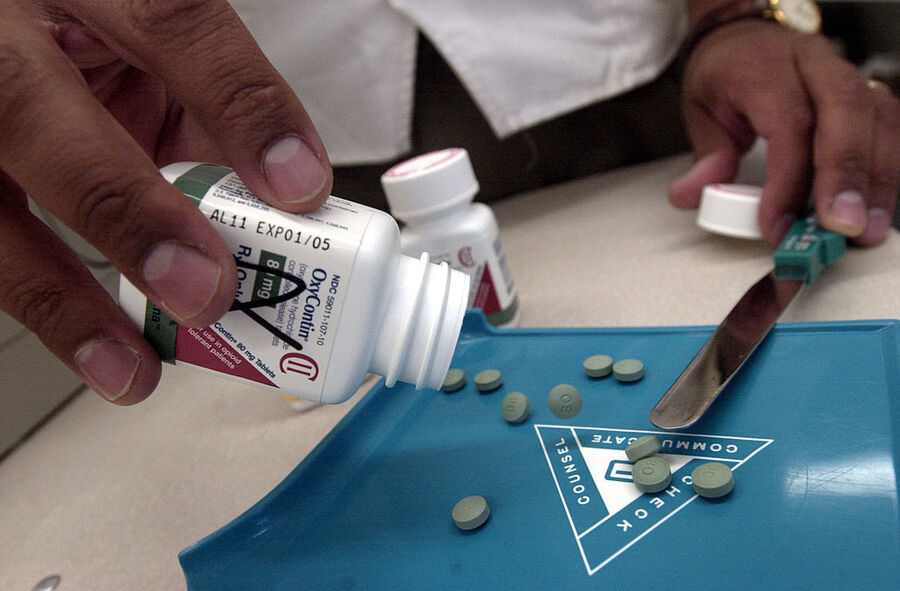 Starting in 2008 and continuing until 2017, $10.8 billion was reportedly moved out of Purdue's coffers in hundreds of transactions. Most of the money was put into two companies registered in Delaware: Those companies were named Rosebay Medical Co. and Beacon Co.

Rosebay reportedly benefited Richard Sackler and the late Jonathan Sackler's estate while Beacon benefited Mortimer D.A. and Mortimer Sr.'s side of the Sackler family. Letitia James, the New York State Attorney General revealed that the Sackler family hid billions and she subpoenaed a number of financial institutions the Sackler family does business with to trace the fraud, according to a legal filing. She is alleging that a portion of those billions was used for multi-million-dollar real estate purchases.

Beacon made 137 transfers amounting to almost $20 million to an unnamed bank to Mortimer D.A. who then redirected this sum and more to two LLCs. There were 477 wire transfers totaling $40 million to Central Eight Realty, LLC who then bought, on behalf of Mortimer, a $16 million townhouse on the Upper East Side of Manhattan in 2004. The townhouse was sold in January 2020 for $38 million. There were 272 wire transfers worth $4 million to Cherry Tree Holdings LLC, which then bought, also on behalf of Mortimer, a $3 million house in Amagansett, New York.

A bit over $1 billion reportedly ended up in entities registered in the British Virgin Islands and Luxembourg. Mundipharma International, Ltd, the global arm of the Sacklers' pharmaceutical empire received $570 million. The family is reportedly considering selling that business, which could bring in $5 billion. Rosebay and Beacon got most of the Purdue money, but even the smallest transactions are linked to the family. Three companies were paid a few million each from Purdue in 2012. Linarite Holdings, LLC, Perthlite Holdings, LLC, and Banela Corp. are tied to Cornice Fiduciary Management, LLC, Data LLC, and Millborne Trust Company. Those are trusts for Jonathan's children, Richard's children, and the last is unknown at this time.