How The Richest Person In South Korea Ended Up In Prison

Jay Y. Lee is the heir to the Samsung empire. His father Lee Kun-hee, the longtime Chairman of Samsung, was worth $20 billion when he died in October 2020. Upon his death roughly half of that $20 billion would soon be gobbled up by South Korea's 50% estate tax. As the eldest child and only son, Jay Y. Lee inherited $7 billion of the remaining $10 billion. Today, that $7 billion net worth makes Jay Y. Lee the richest person in South Korea. Unfortunately, he's not able to spend any of that money right now. Why? Because Jay Lee is sitting in a prison cell. And it's not the first time.

How did the richest person in South Korea end up in jail?

This is a doozy of a story, involving bribery, embezzlement, and a former President of South Korea… 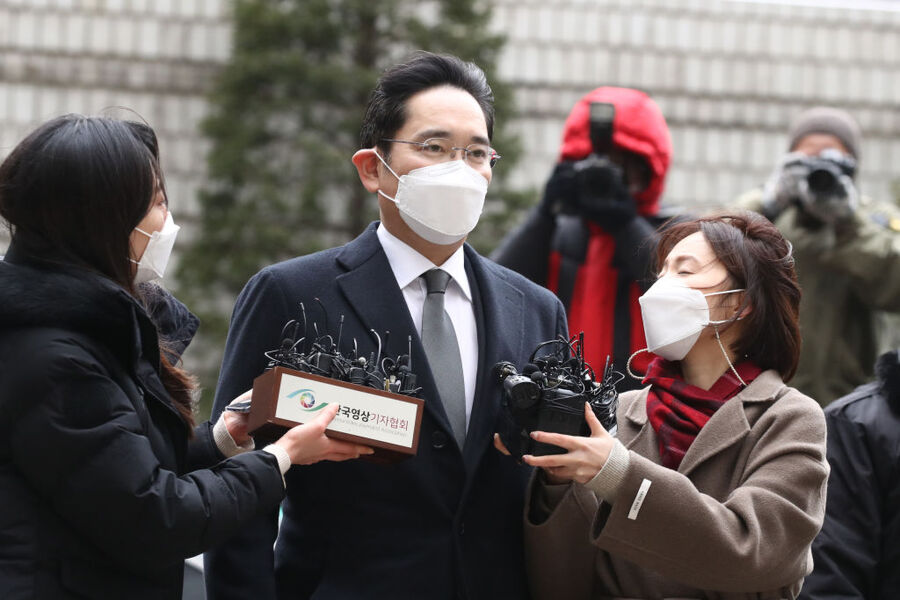 Jay Lee's troubles began in 2015 when he was charged with tendering bribes equal to $38 million USD to former South Korean President, Park Geun-hye, and her friend Choi Soon-sil. The bribes were allegedly offered in exchange for government favors benefitting Samsung. Technically, to facilitate the alleged bribes, Samsung donated money to two charities controlled by Choi Soon-sil. The company also transferred millions to a German company controlled by Choi that financed her daughter's equestrian training and her niece's winter sports center.

He was arrested on February 16, 2017, and questioned for more than 22 hours about bribery and corruption.

When these bribes became public, the South Korean public at large was outraged. President Park was impeached from her role as President. She was eventually convicted and sentenced to serve 25 years for corruption and abuse of power.

Lee was found guilty of embezzling money from Samsung, hiding assets overseas, concealing profit from criminal activities, and perjury. Interestingly, the court also found that Lee was not in a position to be able to turn down the former President's request to financially support her friend. As such, he was technically was coerced into making the payments. Unfortunately, the court still found the Samsung heir guilty of facilitating more than $3 million in bribes for Choi's daughter's equestrian training as well as embezzling money from Samsung.

On August 25, 2017, Jay Y. Lee was found guilty of corruption and sentenced to five years in prison.

On February 8, 2018, his sentence was reduced to two and a half years, and he was released for time served.

Sadly for Lee, February 2018 wasn't the end of his legal troubles. In August 2019, South Korea's Supreme Court overturned the suspension of Lee's sentence. The court also ordered a retrial of the entire case. Prosecutors in the original case sought a 12-year sentence for Lee, so they were perturbed when he was given just five years and released after one year.

On January 21, 2021, Lee was sentenced to two years and six months in prison. He's currently serving his sentence at the Seoul Detention Center while he awaits the results of a retrial on the original charges. Lee is facing charges of fraud and stock manipulation. Prosecutors allege that Lee paid the bribes in part, to make his path to chairman of Samsung easier.

In general, the South Korean legal system has typically been very lenient on white-collar crime and toward members of big conglomerates, like Samsung. Some South Koreans call the country the "Republic of Samsung," because the company has a vast influence in everything from exports to health care. Almost 60 companies affiliated with Samsung account for a third of South Korea's stock market capitalization.