How The Pritzkers Became One Of The Wealthiest Families On The Planet With A Combined Net Worth of $33.5 Billion

By Amy Lamare on September 22, 2018 in Articles › Billionaire News

We live in an era of truly incredible wealth and vast inequality between the richest billionaires and every day middle class people. The 25 richest families in the world have a combined net worth of $1.1 trillion. The Pritzker family is the 15th wealthiest family in the world, with a combined $33.5 billion net worth. A.N. Pritzker was the son of Ukrainian immigrants. He began investing in real estate and companies in trouble while he worked for his dad's law firm. Those original investments started the fortune of one of America's oldest dynasties. The modern Pritzker family fortune is tied to the Hyatt Hotel chain and the Marmon Group, a conglomerate of industrial service and manufacturing company which was sold to Warren Buffett's Berkshire Hathaway. Past holdings have included the Superior Bank of Chicago (which collapsed in 2001), Braniff airlines, McCall's magazine, the Trans Union credit bureau, and Royal Caribbean cruise line.

The Pritzker family is based in Chicago and has 11 billionaire members. Many still have stakes in the publicly traded Hyatt Hotel chain. Only Thomas, the hotel's executive chairman still works for the company. The rest of the family has mainly diversified after spending most of the 2000s fighting over various family trusts.

A.N. "Abram Nicholas" Pritzker was born January 6, 1896. He was the son of Ukrainian Jewish immigrants who moved to Chicago from Kiev in 1881. His father Nicholas worked as a pharmacist and later as an attorney. A.N. graduated from Harvard Law School and joined his father's law firm, Pritzker & Pritzker, along with his brothers Harry and Jack. In 1936, A.N.  and Jack left the law firm to invest in real estate and small companies in the Chicago area. Harry continued to run the law firm—which eventually became an in-house firm that dealt solely with the needs of the Pritzker family and their businesses. The family shielded their earnings from taxes through a complicated network of trusts, which allowed them to distribute money as they chose. After A.N.'s son Jay Pritzker died in 1999, those trusts became the subject of a more than decade long legal fight between various members of the family—but we'll get to that in a minute. 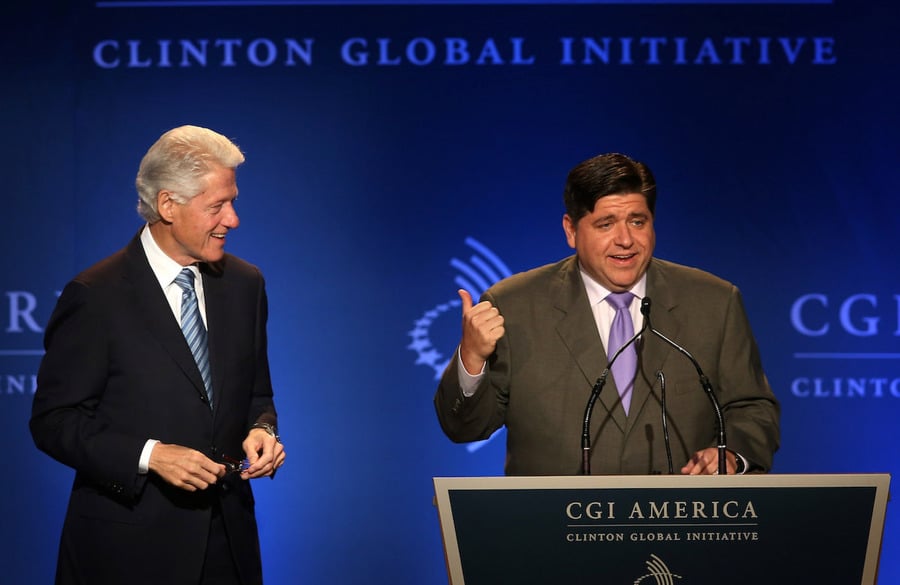 A.N. and his wife Fanny had three children: Jay, Robert, and Donald. Jay Pritzker was admitted to the University of Chicago at the age of 14. He graduated from Northwestern University School of Law in 1947.

In 1957, Jay and his brother Robert founded the Hyatt Hotel chain. The first Hyatt was the Hyatt House at Los Angeles International Airport, which Pritzker purchased on September 27, 1957. It was a motel that had been open since 1954. Jay and Robert purchased it for $2.2 million. The brothers quickly realized that the growing use of air travel for business would make having a high quality hotel near major airports a valuable strategy. By 1959, Jay and Robert opened Hyatt House motels near San Francisco International Airport and Seattle-Tacoma International Airport. Over the ensuing decade, the Pritzker brothers made a number of acquisitions and became the fastest growing hotel chain in the U.S. In 1967, the iconic Hyatt Regency Atlanta opened. In 1969, the first Hyatt outside of the U.S. opened when the company acquired the President Hotel in Hong Kong and renamed it the Hyatt Regency Hong Kong. As of late March 2018, Hyatt has 777 properties in 54 countries and annual revenue of nearly $5 billion.

By the time of his death in January 1999, Jay Pritzker had built an empire of more than 200 companies with $15 billion and a network of 1,000 family trusts. Jay had told his family that the family trusts were not to be broken up until the law governing trusts required it—which was estimated to be 2042. He and his wife Cindy had five children: Nancy (who committed suicide in the early 1970s), Thomas, John, Daniel, and Jean "Gigi".

Prior to his death, Jay outlined a series of lump sum payments and allowances that would be paid out to his family. Starting when they graduated from college, each cousin would get a yearly allowance paid retroactively that started at $100,000 and climbed to $1 million a year at the age of 40. The family members would also receive lump sum payments for passing milestones in their lives—graduating from college, turning 30, and so on. By the time they turned 45, each cousin would have received $25 million.

That wasn't what Jay's heirs decided to do, however. In 2001, Jay Pritzker's children, his nieces and nephews, and his cousin Nicholas had decided on a decade long plan to break up the family's business empire and split the assets among themselves. Each of those participating in the agreement would receive $1.4 billion each. Jay Pritzker's niece Liesel and nephew Matthew were the only cousins left out of the agreement. As you can imagine, they did not take the news well. Led by Jay's younger sons John and Daniel, one group of cousins turned on the other pitting brothers against sisters and forced them to do what Jay never ever wanted his family to do: grab the family's money for themselves.

Liesel, 19 at the time, filed a lawsuit against her aunts and uncles and cousins. She accused her family of looting her trust and her brother's trust. She claimed that $1 billion was stolen from her trust and she not only demanded it be returned, she also asked the court to award her $5 billion in punitive damages.

The lawsuit dragged on for roughly a decade. The family eventually divided up the fortune anyway with 11 members getting about $1 billion each.

All of that drama aside, the Pritzker family counts among its ranks, the first transgendered billionaire.  Jennifer Pritzker was born James in 1950 to Audrey and Robert Pritzker. Pritzker enlisted in the U.S. Army in 1974. She served at Fort Bragg, North Carolina in the 82nd Airborne Division. Jennifer attained the rank of Lieutenant Colonel during her 11 years of active duty. Over the course of Jennifer's military career, she also served in Germany and spent 16 years in the Army Reserves and Illinois National Guard. Pritzker's military career was quite decorated.

Jennifer completed her active duty in 1985 and retired from 16 years in the Army Reserves and Illinois National Guard in 2001. In 2003, Pritzker founded the Pritzker Military Library. She is on the board of Squadron Capitol LLC, a private-equity firm in Connecticut. Pritzker also founded the Tawani Foundation, a nonprofit aimed at enhancing the awareness and understanding of the importance of the Citizen Soldier and to foster projects that improve the quality of life of military personnel. The Tawani foundation made a $1.35 million dollar donation to the University of California, Santa Barbara's Palm Center for a feasibility study on the viability of transgender people serving in the military, on police forces, and in fire departments. In 2013, Pritzker donated $25 million to Norwich University in Vermont, the birthplace of the first ROTC program in the U.S.

Pritzker is divorced with three children, has been a lifelong philanthropist, and is an extremely private person. In August 2013, Colonel Pritzker issued a memo to the employees of the Pritzker Military Library, Squadron Capital, and Tawani Enterprises stating that she is now living as a woman named Jennifer Natalya Pritzker. Pritzker legally changed her name to Jennifer on August 16, 2013. The statement she issued via email stated that this name change is a truer reflection of who Pritzker truly is. She will now be identifying as a woman for all business and personal aspects of her life.