How The Mars Family Became The Third-Richest American Family, With A Combined Net Worth Of $94 Billion

By Amy Lamare on January 6, 2021 in Articles › Billionaire News

We live in an era of truly incredible wealth and vast inequality between the richest billionaires and every day middle-class people. The 50 richest families in the world have a combined net worth of $1.2 trillion. The Mars family is the third richest American family in the world with a combined net worth of $94 billion, which is up from $90 billion two years ago. The Mars family is in the candy business primarily. They are the people who gave us Snickers, M&Ms, Skittles, Milky Way, 3 Musketeers, Mars Bar, Twix, and dozens of other delicious, sweet treats. That alone justifies their amazing $94 billion net worth. The Mars family is also super secretive, family-owned, and led through four generations, and closely guarded company recipes and secrets. Mars, Inc. is the sixth-largest privately owned business in the U.S. Worldwide sales top $35 billion.

Mars, Inc. was founded 111 years ago in 1911 by Franklin "Frank" Mars. Frank had learned to hand dip chocolate candies from his mother when he was a young boy growing up in Minneapolis, Minnesota. He and his second wife Ethel V. Mars started the Mars Candy Factory in 1911 in Tacoma, Washington. They made and sold fresh candy wholesale but were hampered by a more established company doing the same thing. So in 1920, Mars moved back to Minneapolis and re-established his Mars, Incorporated venture there. 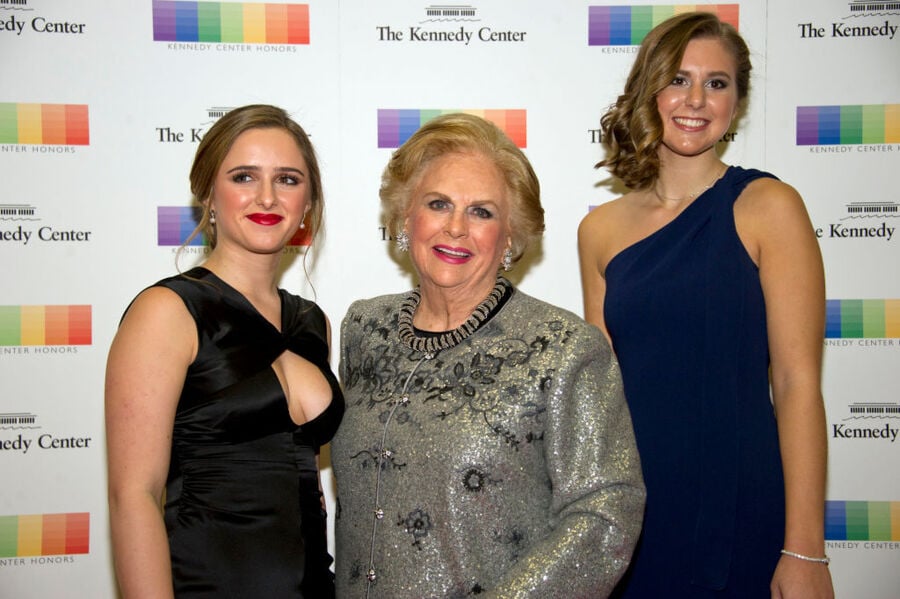 In 1923, his son (with his first wife Veronica) Forrest Mars suggested an idea for a new candy bar based on a popular milkshake at the time. The result was the Milky Way bar, which was advertised as a "chocolate malted milk in a candy bar." It quickly became the best-selling candy bar on the market. Snickers debuted in 1930 and 3 Musketeers hit the market in 1932.

Frank Mars died in 1934 at age 50 from a heart attack. He passed the family candy business down to his son Forrest Mars, Sr. Forrest had three children, Forrest Jr., John, and Jacqueline. He raised them to be both frugal and private. Their father taught them never to trust outsiders or the press. Forrest Sr. continued to run Mars Inc. well into his senior years. Forrest Jr. and John were eager to take over. One year in the 1990s, John famously lost his temper with his father and reportedly said "How long do I have to work for you Dad?" John was 60 at the time of this incident. Forrest Mars Sr. retired to the Las Vegas suburb of Henderson, Nevada, and founded Ethel M. chocolates as a project to cure the boredom he felt after retiring. Ethel M is named in honor of his mother. He died in 1999 at the age of 95. Forrest Jr. took over the family business. Jacqueline Mars joined the family business in 1982 as the Food Product Group President. She retired in 2001. John and Jacqueline run the Mars Foundation, which donates to causes in education, the environment, health, and culture.

Mars Inc. doesn't just make candy. It is also the company behind Uncle Ben's Rice, Pedigree dog food, and a number of other brands. The company has been wildly successful and for the most part hasn't made a business misstep since the early 1980s. They were approached to do the product placement for a little movie called "E.T." The filmmakers wanted M&Ms in the film. Mars turned it down and the studio turned to Hershey's Reese's Pieces instead. Ever since that moment, Mars has been losing ground to Hershey's, their main competitor. Mars is the second biggest candy company in the U.S. Hershey is the biggest.

Forrest Mars Jr. died in 2016 in Seattle due to complications from a heart attack. The company is 100% owned by John and Jacqueline Mars. Today, the fourth generation of Mars family members runs the company. Forrest and Virginia Mars had four daughters. Victoria Mars, Forrest Jr.'s daughter, is the chairman of the company, following in the footsteps of her father, grandfather, and great grandfather. She's been chairman of Mars, Inc. since 2014. She has spent her entire career in the family business.

Pamela Mars-Wright has had several roles at Mars Inc. She started out as an operations supervisor in 1986. She became plant director manager at the company's pet care factory. She followed that up with the job as manufacturing director at Mars Australia. Marijke has been a member of the board of directors since 2001. She was chairman of the board from 2004 to 2008. Today, she is the Mars family ambassador to the pet care division.

Valerie Mars is the senior vice president and head of corporate development for Mars. She is also involved in businesses outside of the family empire. She's been a board member of Fiat Chrysler since 2014 and is also a board member of Ahlstrom-Munksjo, a Finnish-Swedish paper company.

Mars Inc. made news recently when it announced it was acquiring Kind, Inc. maker of Kind Bars in a deal worth $5 billion.

The Mars family is determined to keep the company in the family. If passing the family business to the next generation is not possible, the Mars family would be much more likely to sell to a larger company – perhaps Nestle – especially if that sale would stick it to their rival Hershey.