How The Lauder Family Became The Fifth-Richest American Family, With A Combined Net Worth Of $40 Billion

By Amy Lamare on January 8, 2021 in Articles › Billionaire News

We live in an era of truly incredible wealth and vast inequality between the richest billionaires and every day middle-class people. The 50-richest families in the world have a combined net worth of $1.2 trillion. The Lauder family is the fifth-wealthiest family in the U.S., with a combined $40 billion net worth. That's up from $24.3 billion two years ago. Estee Lauder started the family business in 1947 when she received her first major order for $800 worth of skincare products from Saks Fifth Avenue. Today, the family business includes 31 different brands of makeup – including Clinique, MAC, La Mer, and Bobbie Brown – and generates $14.3 billion in revenue. Now, that said, sales of makeup are down in 2020 due to the stay at home and mask mandates related to the coronavirus pandemic. Who needs makeup when you're not leaving the house and/or your face is half covered up at the grocery store. It will be interesting to see how the Lauder family fortune looks a year from now.

The Lauder family fortune originates, perhaps not surprisingly, from a woman named Estée Lauder. Estée was actually born Josephine Esther Mentzer in Queens, New York in 1908. Her parents were immigrants from Hungary and Czechoslovakia. They were Jewish and owned a hardware store. The family lived above the store. As a young girl, Lauder yearned to be 100% American and was embarrassed by her parents' accents and old country ways. When World War I started, her uncle John came to live with her family. He was a chemist who made skincare products. Lauder started watching him mix his face creams and became fascinated. She took her uncle's products to school and did makeovers on her high school classmates. 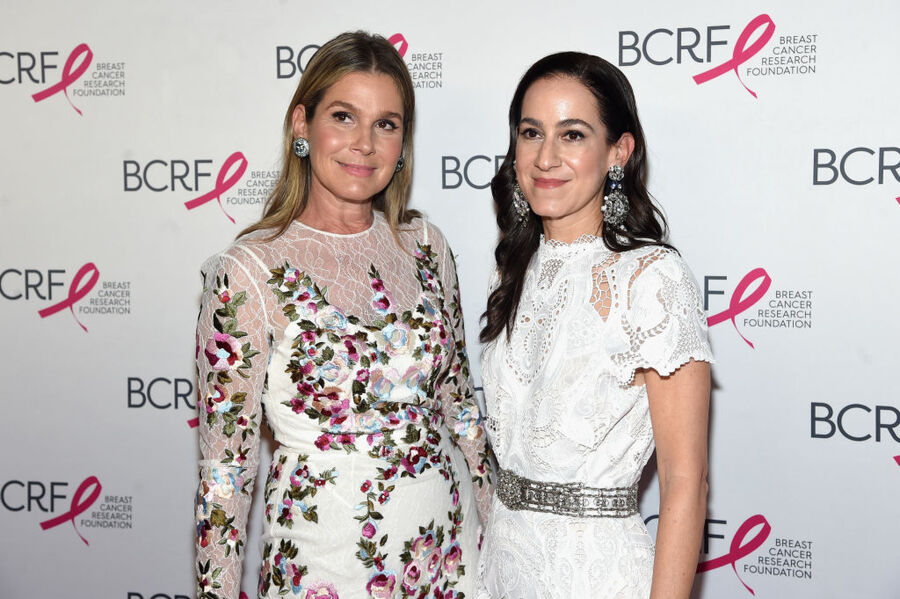 She dreamed of becoming a scientist and then a glamorous skincare specialist. Before she could make that dream a reality, she met and married Joseph Lauter, a successful textile salesman. They moved to Manhattan and changed the spelling of their name to the Austrian spelling of Lauder. In 1933, Estee had her first child, a son named Leonard. During this time, she continued to work on and improve her uncle's face creams. She gave free demonstrations anywhere she could –at hotels, at salons, in the subway. She went to her friends' homes to do makeovers. She did everything she could to get the word out. All of this made Estee realize that social contacts were necessary in the beauty business.

She decided to reinvent her life story. Rather than being the child of Jewish immigrants from Queens, she told people she was from a prestigious lineage. Sadly, all of the focus on her career caused her marriage to suffer and she and Joseph divorced in 1939. She moved to Miami after the divorce and sold her face creams to wealthy women who were on vacation. During this time, she had a number of affairs with rich and connected men in the hopes that they could help her grow her business. After a few years, she realized she wasn't feeling fulfilled doing that and she missed her ex-husband. Her son Leonard came down with the mumps and that brought Estee and Joseph back together. They remarried in 1942, with the agreement that they'd work together to make her cosmetics company a success.

Estee and Joseph opened their first retail store in 1944 in New York City. In December of that same year, their second son, Ronald  Lauder was born. Estee Lauder Inc was officially formed in 1946. She sold her products from her store during the day. At night she created the creams and oils for her products. She decided to sell her products at upscale department stores exclusively. She focused on Saks Fifth Avenue. Saks placed a large order and it sold out in two days. Estee was convinced she had what it took to compete with the cosmetics giants of the day – Revlon, Elizbeth Arden, and Helena Rubenstein.

By the early 1950s, the Estee Lauder line could be found in Neiman Marcus, Marshall Field's, I. Magnin, and Bonwit Teller. Her company was still tiny compared to the leaders in the cosmetics business. Estee wanted to change this, but no ad agency would take her business on. So, the Lauders put their entire $50,000 advertising budget into sample sizes of their products which were given away via gifts with purchases, charity giveaways, and direct mail. This brought in thousands of new customers.

In 1953, Estee introduced her first fragrance. It was called Youth Dew, a bath oil that also doubled as a perfume. At $8.50, it was an affordable luxury for most women. Sales took off and within a couple of years, Youth Dew made up 80% of Estee Lauder's sales and took the small startup and turned it into a multi-million dollar business.

Estee continued to expand her product line throughout the 1960s. She also added the fashion-oriented, allergy-tested Clinique line. She also expanded into Europe with Paris' Galleries Lafayette and Harrod's of London carrying her products. By the mid-1970s, Lauder's products were sold in more than 70 countries across the globe.

Estee's older son Leonard Lauder was president of Estee Lauder from 1972 to 1995, CEO from 1982 to 1999, and chairman until 2009. Under his leadership, the family business was transformed from a private business built on his mother's charismatic personality into a multinational public corporation – something that had been his dream from the start of his career at Estee Lauder. He had to sell his mother on the idea of a multi-brand company. When they acquired Clinique in the late 60s, she wanted it to be called Estee Lauder's Clinique. Leonard balked at this notion and explained that a multi-brand company was impossible if her name was the name on everything.

Estee Lauder acquired Prescriptives in 1979 and Origins in 1990 and from there, the company went on a buying spree, acquiring MAC, La Mer, and Bobbi Brown before going public in 1995. The Lauders tend to go after brands that are either beating them in a category or have introduced a new strategy in the luxury market. They'd rather buy a small $1 million company and build it into a $100 million business than buy a $100 million business and grow it into a $200 million business. With the string of acquisitions in the 1990s, Estee Lauder became the third-largest cosmetics company in the U.S. in 1999. Products from Estee Lauder made up nearly 50% of all retail beauty products sold in the U.S. Companies that fall under the Estee Lauder banner, including, but are not limited to, Becca, Bobbi Brown, Clinique, Glamglow, La Mer, Mac, Origins, Prescriptives, Smashbox, Too Faced, and Tom Ford Beauty.

Today, Estee Lauder's granddaughter Aerin Lauder, 50, is the image and style director of Estee Lauder, the cosmetics empire founded by her grandmother. She is in line to inherit the family fortune alongside her 47-year-old sister Jane, who is the global brand director for Clinique.

Estee Lauder built her global cosmetics empire on the motto, "There are no homely women, only careless women." She set out to convince those "careless women" that they could be beautiful with a little help from her products. She succeeded, and with her oversized ambition and laser-like focus, took on the established cosmetics industry giants – and won. She dreamed of being 100% American and from a wealthy background as a child of immigrants. What she did was ensure her heirs had the life and background she always dreamed about.