How The Koch Family Became One Of The Wealthiest Families On The Planet, With A Combined Net Worth of $98.7 Billion

(Re-posting this article from 2018. David Koch passed away today at the age of 79…) We live in an era of truly incredible wealth and vast inequality between the richest billionaires and every day middle class people. The 25 richest families in the world have a combined net worth of $1.1 trillion. The Koch family is the 2nd-wealthiest family in the world with a combined $98.7 billion net worth. The Koch family is not just wealthy, they are also incredibly influential in politics. The family fortune began when Fred Koch joined the Keith-Winkler Engineering Company of Wichita, Kansas in 1925. He made his mark quickly, and the company was renamed the Winkler-Koch Engineering Company. The company had a big breakthrough with a gasoline refinement technique. However, lawsuits from established companies that didn't appreciate a new kid on the block prevented them from utilizing this new breakthrough. So, Fred packed his bag and headed to Europe in search of work.

It was during the years preceding World War II and Fred quickly found work. Stalin (yes THAT Stalin) paid him  $500,000 for his assistance in building 15 oil refineries in the Soviet Union in the 1940s. While in Europe, Koch entered into a partnership with William Rhodes Davis, best known as an American Nazi sympathizer. Mayer hired Koch to build the Third Reich's third-largest oil refinery. This refinery was a critical part of Hitler's war machine. That refinery went on to produce hundreds of thousands of gallons for the Luftwaffe. 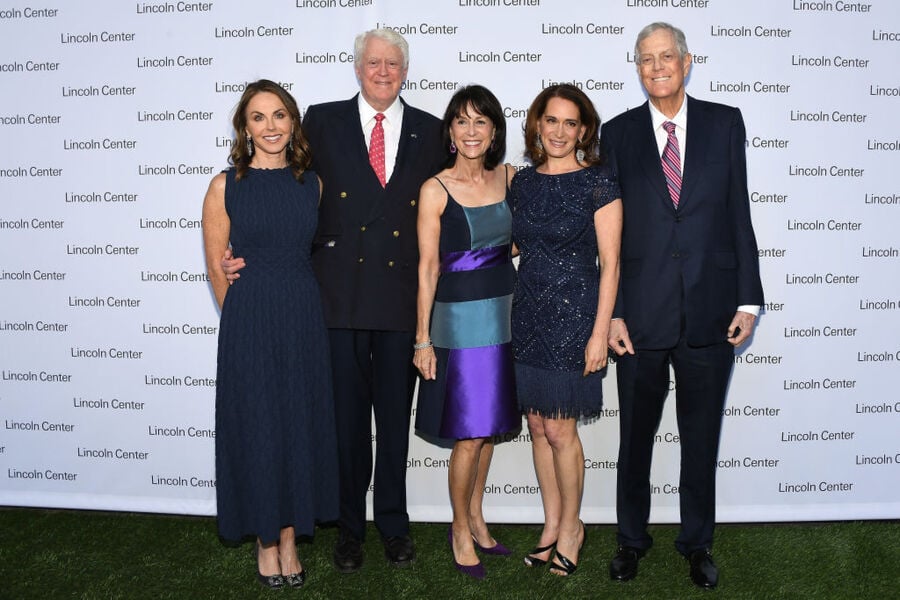 In 1940, Fred founded the Wood River Oil and Refining Company. Six years later, he changed the name to Rock Island Oil and Refining Company. He married Wichita native Mary Robinson and had four sons – Fred Jr., Charles, and twins David and Bill. Fred Jr. had no interest in the family business, which was worth $80 million in 1960. Fred Jr. became a patron of the arts. Charles, on the other hand, was very interested in the family business. In 1961, at 26 years old, he joined the company. Five years later, he became president of the company. Fred Sr. died in 1967 and Charles became chairman of his father's company. At that time it was worth $250 million. Charles renamed the company Koch Industries in 1968 in honor of his father. David joined the family business in 1970. Bill joined in 1971.

The Koch brothers did not get along in the family business. In fact, a 20-year battle between the brothers got so bitter that the brothers hired private investigators to dig up dirt on each other. In one case, investigators hired by Bill went through the garbage from the homes and offices of Charles, David, and their attorneys. He allegedly bribed janitors and trash collectors.

Then, in 1980 Bill attempted a coup to take over the board of Koch Industries and force his brothers out. Charles and David defeated that plan and fired Bill. They sent their brother on his way with a $400,000 severance payment. However, that was far from the end of it. Bill and Fred Jr. still had shares in the family business. Bill and Fred Jr. made up one side of the battle and Charles and David were the other. The brothers reached a settlement in 1983. Bill Koch was paid $620 million for his 21% stake in the company. Fred was paid $400 million for his stake in the company. In 1985, Bill and Fred Jr. took their brothers to court, alleging that their shares had been undervalued in the settlement. The case reached a $25 million settlement.

That wasn't the end of it. A lawsuit of Koch vs. Koch Industries in 1998 saw the family drama reignite. During the trial David broke down crying on the stand as he told the story about the drama between the brothers. After Charles and David won, Bill told reporters he intended to appeal, saying, "These guys are crooks." In the end Bill and Fred ended up with $1.1 billion each.

The family drama finally came to an end in 2001. Charles, David, and Bill had dinner at Bill's mansion in Palm Beach to sign a final settlement divvying up their father's fortune and property. It was the first time the brothers had shared a meal in nearly 20 years.

Politically, the Koch brothers are a force to be reckoned with. They are reportedly spending $400 million in the upcoming midterm elections. In 2017, Koch Industries gave $1.3 million to congressional candidates.

Today, Koch Industries brings in an annual revenue of $100 billion. Charles and David each own a 42% stake in the family business. Going forward, only one Koch brother will be at Koch Industries. David announced his retirement earlier this year. Charles will remain with the company.