How The Ferrero Family Became One Of The Wealthiest Families On The Planet, With A Combined Net Worth of $22.9 Billion

By Amy Lamare on September 30, 2018 in Articles › Billionaire News

We live in an era of truly incredible wealth and vast inequality between the richest billionaires and every day middle class people. The 25 richest families in the world have a combined net worth of $1.1 trillion. The Ferrero family is the 25th wealthiest family in the world, with a combined $22.9 billion net worth. Many billionaires inherit their fortunes or make their fortunes in decidedly unsexy businesses. That's not the case with Italy's Ferrero family. Their $22.9 billion net worth comes from the family business—Ferrero SpA—makers of Nutella and a slew of other sweet treats.

Pietro Ferrero was a pastry chef born in Italy in 1898. He ran a confectionary shop with his wife Piera. The couple's son, Michele, was born in 1925. As the saying goes, necessity is the mother of invention and this was certainly the case for the Ferrero family. There was cocoa rationing in Italy during World War II, making chocolate extremely hard to obtain. This put the Ferrero's confectionery shop in a rough place. Then Pietro had an idea. In order to stretch his limited supply of cocoa and make it last he began cutting his chocolate products with hazelnuts. This nut was plentiful in northwestern Italy, and as such, pretty easy to get ahold of. The chocolate-hazelnut product was tasty, but the texture wasn't quite right. The early versions of the hazelnut chocolate cream had a more solid texture—like a loaf of bread, rather than what it is today—something you'd spread on bread. It took a little time, but eventually Pietro was able to manipulate his recipe so that it would have a creamier texture. 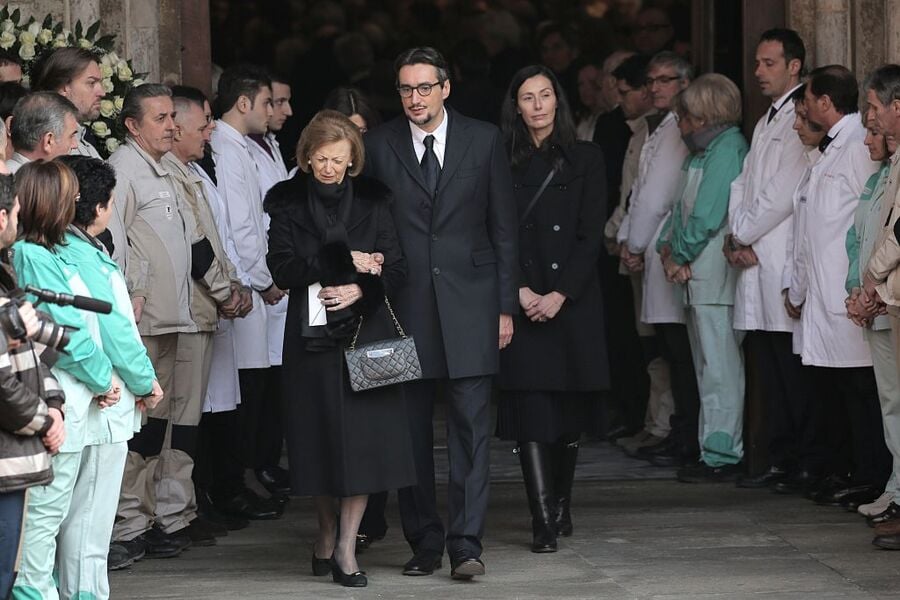 The locals in town absolutely loved Pietro's new creation, so he and his brother Giovanni founded Ferrero SpA. Before long, the Ferrero brothers had transformed their small Northern Italy pastry shop into a confectionery factory. Giovanni built the company's sales network and is credited with establishing the company's global reach and distribution capabilities. Pietro died in 1949 and his son Michelle took over the family candy empire.

In 1963, Michele rebranded his father's hazelnut chocolate cream Nutella throughout Europe. It was an immediate hit. Several years later, Michele launched the Kinder Chocolate line. Known as the "Kinder Surprise," each chocolate has a small toy inside of it. Under Michele Ferrero's leadership, Ferrero SpA introduced many new products and lines, including Ferrero Rocher, Mon Cheri, and Tic Tac.

Today Ferrero SpA is the world's second-largest chocolate maker, with more than 30 brands under its umbrella. In 2016, the company reported revenues of more than $12 billion.

In 1997, Michele transferred operating control of the company to his two sons–they are aptly named Pietro and Giovanni. In 2011, Giovanni (the son, not the uncle) was named sole CEO, after his brother Pietro died in a bicycle accident in South Africa, reportedly caused by a heart attack.

In January 2018, it was announced that Ferrero was buying Nestlé's American confectionery business for $2.9 billion.

Michele's son Giovanni is the Executive Chairman of Ferraro SpA, focusing on long term strategy. As of September 2017, Lapo Civiletti is the first non-family CEO in the history of the company.

Ferrero SpA remains a private company that is 100% owned by the Ferrero family. The company has more than 70 affiliated companies, with 15 production plants and more than 33,000 employees worldwide. For every 100 hazelnuts grown on earth, 15 of them will end up in a Ferrero product. Despite its size, the company and its owners are known for being very secretive and private people. They are so private in fact, like many other billionaire families, they are rarely seen in public.

Michele Ferrero was the richest person in Italy until his death in 2015.