How The Chearavanonts Became The Third-Richest Family In Asia

By Amy Lamare on December 24, 2020 in Articles › Billionaire News

We're running down the richest families in Asia, to round out 2020. Today, we're taking a look at the third richest family in Asia – the Chearavanont family. Their combined $31.7 billion net worth is derived from the Charoen Pokphand Group, a conglomerate with food, retail, and telecom units. The family fortune got its start selling seeds, and today it thrives with, among other things, Slurpees. That's right, the CP Group is the owner of the largest group of 7-Elevens in Thailand.

The Chearavanont empire got started in 1921 when Chia Ek Chor fled his typhoon ravaged village in China for Thailand with a few seeds to grow cabbage, radishes, turnips, and cauliflower. At the time, those vegetables were very hard to find in Thailand. Chia Ek Chor and his brother Chia Seow Hui lived in the Chinatown area of Bangkok. During this period of time, anti-Chinese sentiment was strong in Thailand. Despite this, the brothers built a seed trading business that grew into one of the largest conglomerates in Southeast Asia. 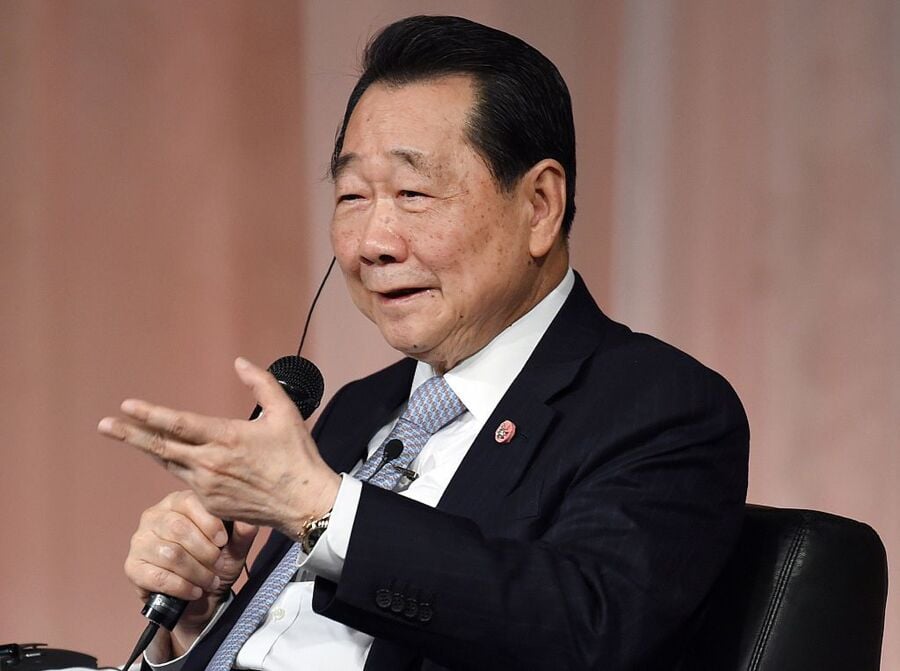 Chia Ek Chor's son, Dhanin Chearavanont,was born in Bangkok in 1939. As he was growing up, his father and uncle were expanding their business across Asia. Ek Chor sent his son to China and Hong Kong for his schooling. When he returned to Thailand, Ek Chor sent his son to work for a slaughterhouse controlled by the government. Chearavanont worked at the slaughterhouse for five years and then joined the family business. His strength was in making connections that were important to growing the business. He nurtured the connections that drove the trading side of the CP Group and also put modern management and technology into place. Chearavanont was a follower of Feng Shui and he chose to promote employees who deserved it, rather than following the nepotism that the company previously used.

In 1978, China opened up their business to accommodate those across the globe. While many businesses were hesitant to expand into China, Chearavanont was educated there so he was primed and ready to expand. His business grew rapidly in China and diversified into retail, real estate, and cars. Chearavanont was approached by Honda, Wal-Mart, and Tesco to bring those brands into China. At the same time, Chearavanont's CP Group was getting into the telecom business. In just the time from 1992 to 1995, the company's revenue doubled to $6.5 billion (equal to $12 billion today, adjusted for inflation).

Then, in 1997, the Asian financial crisis hit. CP Group had a lot of debt and its creditors panicked and demanded loans be repaid immediately. However, Chearavanont did not panic, rather he took a look at where he had made mistakes and sold off all assets that were not central to the CP Group's business. Essentially, he went into survival mode. While he was in survival mode, the company moved into the telecom business in Thailand, giving him more competition. Chearavanont relied on philosophies he learned growing up – from his dad and his education in China – and refocused his business. The rebuilt company was more stable and when the avian flu hit in 2004 and threatened the poultry segment of its business, the CP Group was strong enough to survive it.

Starting in the mid-2000s, the CP Group has opened thousands of 7-Eleven stores in Thailand and Southeast Asia. While his father and uncle quite literally sowed the seeds of the business, it is Chearavanont's leadership and innovation that not just grew, but revived and continued to grow the CP Group. Today, the CP group is expanding in Russia, the Philippines, and Indonesia.

Chearavanont is 81 years old. His 53-year-old son Suphachai Chearavanont is the CEO and Executive Chairman of the CP Group. He was raised in Thailand – in fact, even though the family roots are in China, the Chearavanont family considers themselves to be Thai through and through. Suphachai, like his father, was schooled in China. He spent a year studying Chinese in Taiwan when he was eight. He attended Boston University. After college, he interned at a petrochemical factory in Houston. He returned to Thailand to work for a subsidiary of the CP Group. Like his father, he weathered some difficult times by restructuring company debt.

From 2005 to 2017, Suphachai was the CEO of True Corporation (a subsidiary of the CP Group). He established the True Plookpayna initiative for the company, which was designed to improve education for underprivileged children in 6000 schools in rural Thailand. In 2016, he succeeded his father as CEO of the CP Group. In 2019, he led the CP Group's artificial reef program in Thailand. In 2020, he announced that the CP Group would not be laying off any of its 400,000 employees during the COVID-19 pandemic, in fact, it hired 20,000 new delivery workers since the pandemic began. In June, he spoke at an online United Nations seminar on corporate sustainability during the pandemic. Suphachai has also proven to be a thoroughly modern CEO, he pledged to have the entire CP Group carbon neutral and zero waste by 2030.