How The Cargill/MacMillan Family Became The Fourth-Richest American Family, With A Combined Net Worth Of $47 Billion

By Amy Lamare on January 7, 2021 in Articles › Billionaire News

We live in an era of truly incredible wealth and vast inequality between the richest billionaires and every day middle-class people. The 50 richest families in the world have a combined net worth of $1.2 trillion. The Cargill MacMillan family is the fourth-richest family in America, with a net worth of $47 billion, which is up from $42.3 billion two years ago. Never heard of them? The family owns Cargill, Inc., the largest privately held company in the United States. The company dates back to 1865, when William W. Cargill started the commodities company with a one-grain storage warehouse in Iowa.

Today, his heirs maintain control of the company which has interests in food and agriculture. When we think of dynasties, we might think about generations of royalty ruling some far off land. According to the dictionary, the word dynasty has a slightly broader meaning. It is "a succession of people from the same family who play a prominent role in business, politics, or another field." Under that definition, the Cargill Family is America's greatest example of a dynasty. There are 14 members of the Cargill MacMillan family that are billionaires. There are more billionaires in this one family than there are in some countries.

William W. Cargill was born in Port Jefferson, New York in 1844. In the years following the Civil War, Cargill was in his 20s. He founded his own grain storage company in Iowa. Two years later he brought his brothers Sam and Sylvester into the business and expanded into lumber. Ten years after he founded the company he brought his other brother James F. Cargill into the business. William died from pneumonia in 1909 and left the company to his wife. In a sad turn of events, his widow died unexpectedly just months after he did and the company was divided up between their four children. His son-in-law, John MacMillan, Sr. became president of the company. 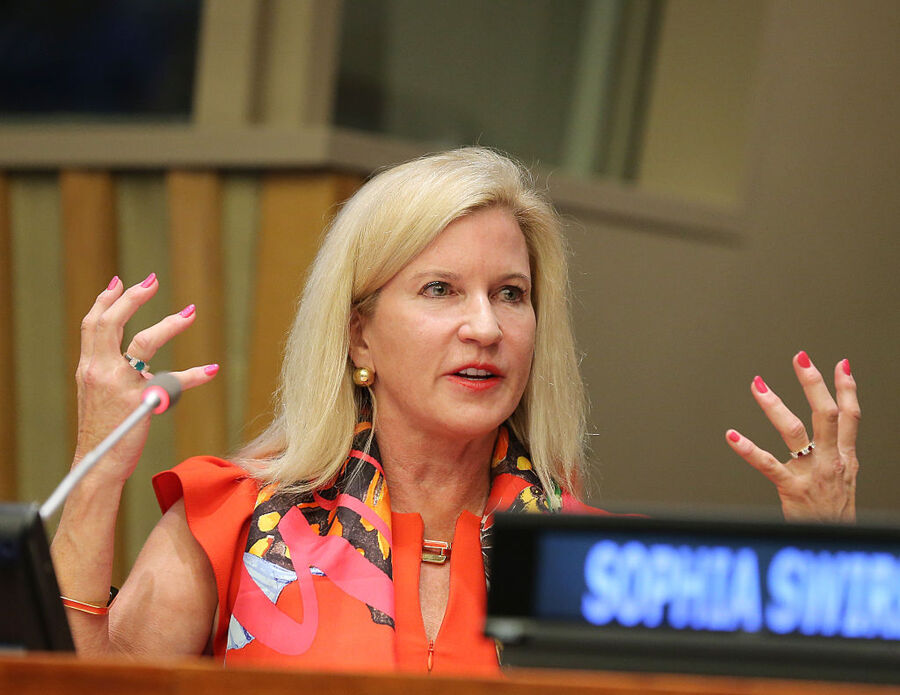 The appointment of MacMillan as president was fortuitous for the company and the future net worths of the family. He had a good head for business and saved the company from the brink of going under. He put a solid financial plan into place that enabled the company to grow steadily. From 1909 to 1960, either a Cargill or a MacMillan was the CEO of the company including John Macmillan, Jr. The first non-family member to run the company, Erwin Kelm, expanded the company into freight, shipping, and commodities. Whitney MacMillan took over the family business in 1976 and under his leadership, the company's revenue grew to nearly $30 billion a year. That's equal to about $137 billion today when adjusted for inflation.

By the 1990s, the company was going through growing pains. The family wanted to keep the company private, while others wanted it to go public. The whole situation was solved by restructuring the board of directors to include six family members, six unrelated business people, and five managers from within the company. Today, Cargill remains a family-owned business with the Cargill and MacMillan families holding 90% of the business. Every year, the Cargill MacMillan family leaves 80% of the company's net income inside the company for reinvestment and pays out about 18% of net profits as dividends.

From 1999 until 2007, Warren Staley, an American investor, and businessman was CEO of Cargill, Inc. His career at the company spanned almost four decades. He was credited with turning the company from what the "Star Tribune" called "the agricultural industry's version of the CIA" into a more open and modern company that expanded into commodity trading and investments across the globe.

The family is notoriously private. They rarely give interviews, avoid the spotlight, and are not involved in the social scene. Most of the family members live on large ranches in Minnesota, Montana, and Wisconsin.

The Cargill-MacMillan family remains active board members but they no longer run the day-to-day operation of Cargill. The company has continued to grow and expand over the years and now has 166,000 employees in 70 countries. Cargill is responsible for 25% of all U.S. grain exports. The company also supplies 22% of the U.S. domestic meat market. It is the largest poultry producer in Thailand. All of the eggs used in McDonald's restaurants in the U.S. come from Cargill. It is the only producer of Alberger process salt in the U.S. This is the salt used in the fast food and prepared foods industry. Cargill's annual revenue is $115 billion. It is the largest privately held corporation in the U.S. If Cargill was a public company, it would rank 15th on the Fortune 500.