How The Albrechts Became One Of The Wealthiest Families On The Planet With A Combined Net Worth of $38.8 Billion

By Amy Lamare on September 28, 2018 in Articles › Billionaire News

We live in an era of truly incredible wealth and vast inequality between the richest billionaires and every day middle class people. The 25 richest families in the world have a combined net worth of $1.1 trillion. The Albrecht family is the 11th wealthiest family in the world, with a combined $38.8 billion net worth. The Albrecht fortune was made through the family's chain of discount grocery stores called Aldi. Today, Aldi has over 10,000 stores across the globe. It all started back in the early 20thcentury. Karl and Theo Albrecht's mother owned a small grocery store in a working class neighborhood of Essen, Germany. Karl and Theo would go on to grow that small grocer into a worldwide company that's assets include the popular store Trader Joe's.

Karl Albrecht was born in 1920. Theo Albrecht was born in 1922. As mentioned, their mother had a small grocery store. Their father was a miner and later became a baker's assistant. Theo Albrecht completed an apprenticeship in his mother's store, while Karl Albrecht worked in a delicatessen.  Karl served in the German Army during WWII. After the war, he and his brother Theo returned home to Essen. It was 1946. They were surprised to find that their mother's small grocery store was still standing after all of the bombing in the area by the Allies. Karl and Theo went to work at the grocery store. 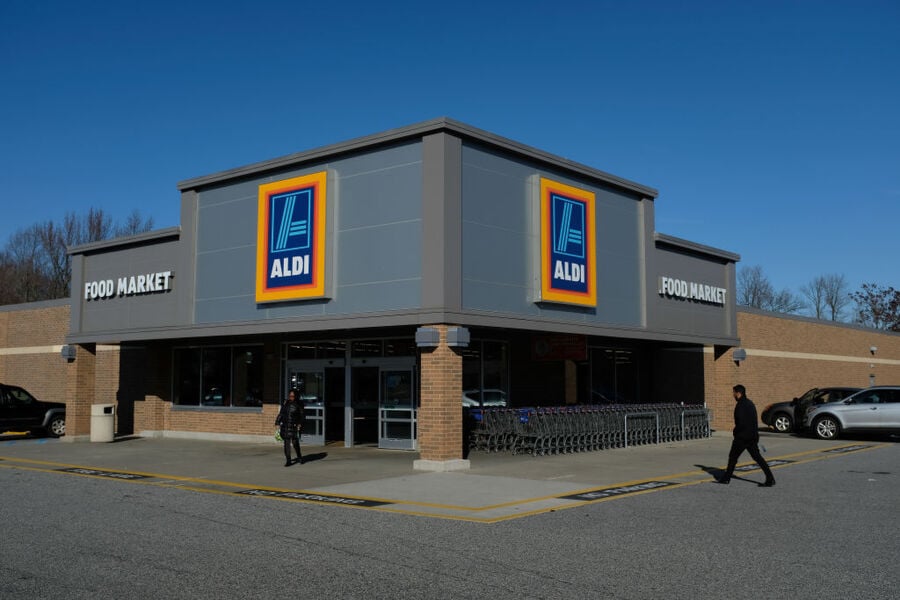 Within a few years, the brothers had expanded that one modest location into 30 discount grocers. Their idea was that people in the industrial and working class areas weren't concerned with fancy packaging or sleek stores – they just wanted affordable food they could buy daily. Aldi stores' slogan was "The best quality at the lowest price." The stores were spartan–they didn't even have shelving. The company did no advertising. The Albrecht brothers changed the name of the store to Albrechts. By the early 1960s, they had more than 300 stores and had changed the name one more time. They now called their chain of discount grocery stores Aldi, which is an abbreviation of Albrecht Discount.

In the 1960s, the brothers agreed to split the company in half. Theo took over Aldi Nord (north) and Karl took over Aldi Sud (south). The companies are often lumped together but have been operating as completely separate businesses since 1966. Over the next several decades, Aldi Nord and Aldi Sud expanded rapidly. Aldi began expanding internationally in 1967 when Karl's Aldi Sud bought the Austrian grocery chain Hofer. Theo's Aldi Nord opened its first stores abroad in the Netherlands in 1973. Other countries soon followed. Aldi opened its first U.S. store in Iowa in 1976.  In 1979, Theo's Aldi Nord bought Trader Joe's. The company controls 100% of Trader Joe's to this day. In 2015, Aldi Sud announced it would be expanding into the Southern California market, the home of the bulk of Aldi Nord's Trader Joe's stores.

In 2010, the combined annual revenue of Aldi Nord and Aldi Sud was $53 billion.

After the fall of the Iron Curtain and German reunification, both divisions of Aldi experienced rapid growth. The brothers retired as CEOs in 1993. Control of the companies were placed in the hands of private family foundations.

Theo was kidnapped in 1971 by an attorney with gambling debts and held for 17 days until a ransom of $2 million was paid (that's about $12.5 million today). It later emerged that Karl had bargained with the kidnapper over the ransom for days. He also claimed it as a business expense on his taxes.  After the kidnapping, Karl and Theo became extremely reclusive, secretive, and private people. In fact,  Karl never gave an interview in his entire life and there are only a handful of pictures of him in existence.