How Robert F. Smith – The Richest Black Man In America – Is Connected To The Largest Tax Evasion Case In US History

By Brian Warner on November 17, 2021 in Articles › Billionaire News

The name Robert Brockman may not be ring a bell to CNW readers but if you're even just a casual fan of our site, I bet you've heard the name Robert F. Smith.

With a net worth of $9 billion, Robert F. Smith is the richest black person in America, a title he re-claimed from Kanye West in July of this year. Robert is the guy who announced during his Morehouse College commencement speech in May 2019 that he was going to pay off all of the student loan debt carried by the graduating class. This pledge ultimately cost $34 million.

In 2015 Robert married the 2010 Playmate of the year, Hope Dworaczyk. As it turns out, his divorce may have set in motion an investigation which ultimately became the largest tax evasion case in US history, ensnaring Robert and his one-time mentor/benefactor, Robert Brockman…

Vista is especially good at acquiring software companies that have large numbers of paying subscribers. A good example is fitness platform MINDBODY. MINDBODY is software that helps customers reserve classes and treatments at yoga studios, spas and gyms around the country. If you've ever checked into a class on an iPad at a yoga studio or gym, there's a very good chance you're using MINDBODY's software. The studio/gym/spa loves the software because it enables them to have professional services for a relatively minimal annual fee that they never stop paying. Vista acquired MINDBODY for $1.9 billion in December 2018.

Vista-owned businesses employ more than 75,000 people worldwide, making it the fourth largest enterprise software company in the world after SAP, Oracle, then Microsoft.

Robert (Bob) Brockman met Robert Smith in 1997. At the time Robert was several years into a respectable job at Goldman Sachs and Bob was an under-the-radar software billionaire from Houston. They two quickly bonded. Robert was enthralled by the elder businessman's software empire, Universal Computer Systems, which had been providing software to car dealerships since the 1970s. Bob was equally impressed by Robert's intellect and ambition.

So, in 2000 Bob offered to stake Robert in launching his very own private equity firm. Bob gave Robert $1 billion to launch what became Vista Equity Partners.

Unfortunately, Bob's investment had a few catches that would eventually land both men in extremely hot water with the Federal government.

According to DOJ filings, Brockman's investment came with a strict set of requirements that were presented to Smith as a take-it-or-leave it deal. Brockman required that Smith place a portion of his carried interest earned from that first fund into a structure located offshore strictly for Brockman's protection, so that Brockman would not have to use the US courts in the event Brockman needed to pursue claims against Smith if the fund failed to perform. Furthermore, Brockman required Smith to work with the very same attorney who established a similar structure for Brockman, and restricted Robert from discussing it with any other attorney.

Divorce Tips Off The IRS

Their arrangement went very smoothly and quietly over the next decade or so. Both men squirreled away vast sums of money to their respective offshore accounts.

Robert apparently began suspecting something wasn't right in late 2013. At that point he was advised by his bankers in Switzerland that he should apply to a voluntary IRS program that offered amnesty to people who disclosed money kept in foreign accounts. He applied and was swiftly rejected, which is known to be a sign that the IRS is already conducting a tax avoidance investigation.

Around this time Robert was finalizing a divorce with his first wife, Suzanne McFayden. He was legally married to Suzanne from 1988 to 2014. Robert married Hope Dworaczyk married in Italy in 2015. John Legend and Seal both performed at the ceremony. 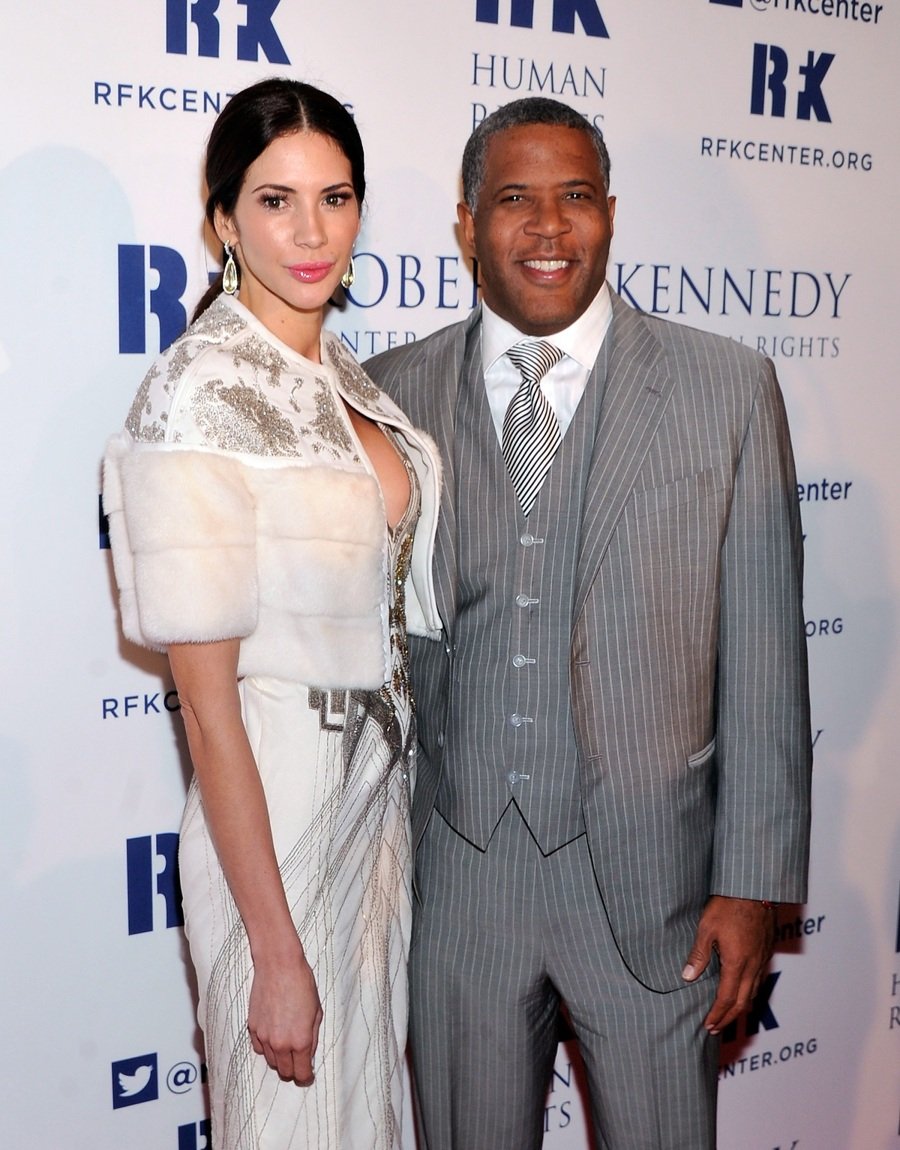 According to a recent Bloomberg report, Robert's 2014 divorce may have been what first "piqued the interest of IRS agents."

Robert knew he was caught and did not resist the charges. He chose to cooperate.

When it was all said and done, Robert paid a $139 million fine, admitted to avoiding taxes on $200 million in income and agreed to assist the DOJ in prosecuting Bob Brockman.

The amount the DOJ alleged Bob earned without paying taxes?

It is the largest tax evasion case in US history. The indictment against Brockman included a total of 39 charges, including counts of tax evasion, wire fraud, money laundering, and more.

Earlier this week the case took an unusual twist. Bob's legal team now claims that their client's dementia excludes him from standing trial. Brockman has received several mental health evaluations, including one at Baylor College of Medicine in Houston… where he's donated around $25 million in recent years.

This week a competency hearing began in Houston to determine whether or not Bob is mentally fit enough to stand trial. If he is declared incompetent, federal law requires that he be committed to a medical facility for further mental evaluation. Bob's defense team claims this would be a violation of their client's due process rights.

If Bob is determined mentally unfit, Robert F. Smith will not be forced to testify against his former mentor.

Prosecutors claim it's all just a big charade to avoid the consequences of a 20-year multi-billion tax fraud.