By Joseph Gibson on October 26, 2018 in Articles › Billionaire News

In current American pop cultural parlance, being the "Walt Disney of" anything is generally considered the highest of compliments. It's one that was recently bestowed upon developer Rick Caruso, whom it calls "the Walt Disney of retail" for his enormous success in that field and his seemingly keen instincts for where people want to shop. He sums up his core philosophy on the business like this:

"If you provide something that is unique and relevant, in a setting that people find captivating, you will do well. Retail has gotten sideways because it became the commodity. It is not about being high tech; it is about understanding what your customer wants." 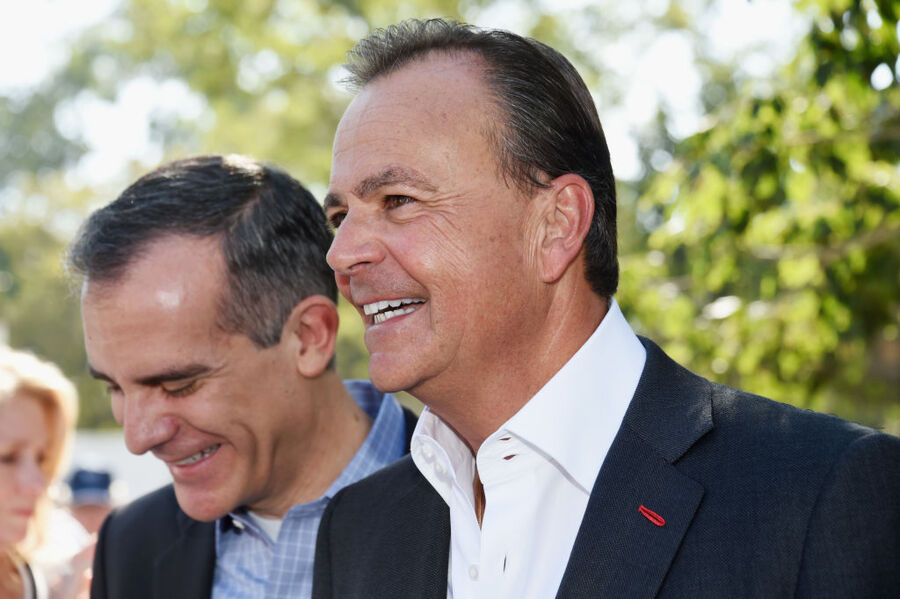 Caruso is the man behind The Grove, a massive, 575,000-square-foot shopping center located in his native Los Angeles. Last year it saw an estimated 20 million visitors, which Forbes points out is more than Disneyland or the Great Wall of China. And it may not charge admission like Disney does but it is nevertheless extremely profitable, with an average of $2,200 in annual sales per square foot, and a waiting list for prospective merchants that's booked solid for three years at a time when most shopping malls in America are desperate to fill space.

Taking the Disney comparison even further is Caruso's attention to detail in the designs of The Grove and the nine other LA shopping centers in Caruso's stable. Take a look at this distinctively Disney-like detail: Throughout these ten properties, Caruso has arranged hidden likenesses of his four kids.

In an age when conventional wisdom suggests that brick-and-mortar shopping is doomed thanks to online retail, Caruso has built a $4 billion fortune going in the opposite direction. He even says that Amazon is "great for his business," and that he seeks to understand his own clientele as well as Amazon is able to understand theirs.

One particularly keen example of this philosophy can be found in Caruso's response to Sophie Herron, a seven-year-old girl who lives in the Pacific Palisades neighborhood of LA. When she found out her favorite Baskin-Robbins ice cream shop was closing down, she started a petition to save it. It failed, but when Caruso saw it he immediately took steps to open up a new McConnell's Fine Ice Creams at his nearby Palisades Village mall.

As for what's next, Caruso says he's "seriously considering" running for mayor of Los Angeles in 2022, something not even Walt Disney himself ever managed to do.