How Rich Would You Be Today If You Were Enzo Ferrari's Only Surviving Heir?

By Amy Lamare on September 5, 2020 in Articles › Billionaire News

Piero Ferrari is 75 years old and is the only surviving heir of Ferrari founder Enzo Ferrari. He first became a billionaire when the luxury sports car company went public in 2015. Why did it take so long for Piero to reap the benefits of his famous last name? Because he is the son of Enzo and one a mistress. Divorce wasn't recognized in Italy until 1975 and Piero wasn't allowed to take the Ferrari name until Enzo died in 1988. At that time, he was handed the entire company as well. When Ferrari went public in 2015, Piero became a billionaire with a $1.3 billion net worth thanks to a stake that is estimated at around 10% of the company's outstanding shares.

Piero Ferrari is one of two sons of Enzo. His mother was Ferrari's mistress Lina Lardi. Enzo met Lina in the late 1930s when she was working at a coachbuilder company called Carrozzerie Orlandi in Modena, Italy. They soon became involved and were in a relationship until Enzo's death in 1988. Piero was born in 1945. Enzo was part of Piero's life growing up, but he could not be publicly acknowledged as his son until Enzo's estranged wife Laura died in 1978. He grew up in Modena and became interested in mechanics by hanging out in a bicycle repair shop near his mother's house. 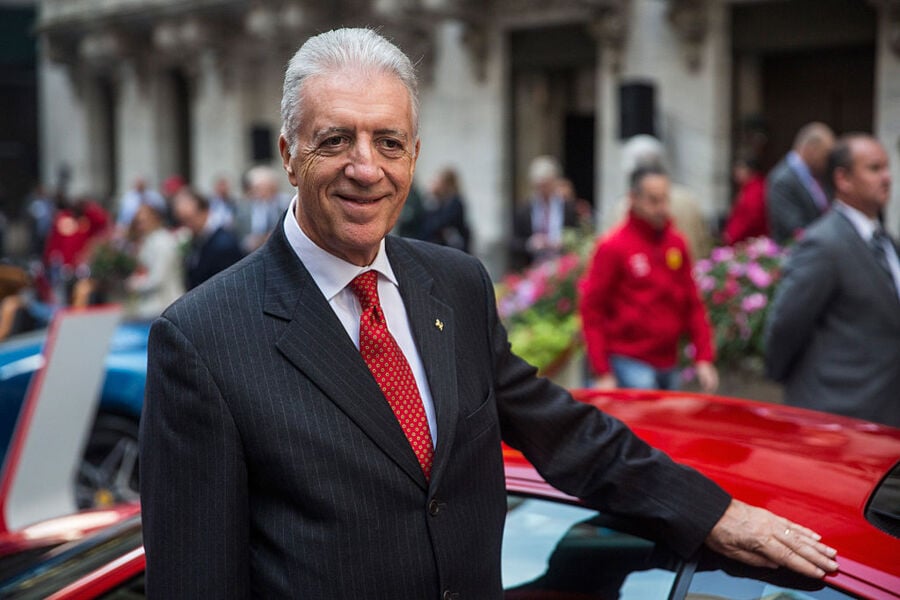 When he was a kid, his dad really didn't want him to get into the family business, which at the time, was race car driving. Piero was never allowed to sit in the family racecars and was wholeheartedly discouraged from even considering getting into racing. That worked, and Piero went off and earned a degree in engineering from the University of Modena. He started working at Ferrari as an English translator for his father and later as supervisor of the production of road cars and co-organizer of the racing department.

In the early 1970s, Piero was named a technical supervisor at Ferrari. His job was to list, describe, and archive defective car components. In this capacity, he was a bridge between the road car and racing division. This gave him a lot of experience in the operational dynamics of the Ferrari factory. He moved to the Formula One team in 1974. He was the co-organizer working with directors Luca Cordero di Montezemolo and Daniele Audetto. In the mid-1980s he was made supervisor of road car production. In this capacity, he helped develop the Ferrari F40, Ferrari F50, and LaFerrari.

As mentioned, when Enzo Ferrari died in 1988, Piero was the sole heir and inherited his father's 10% of the iconic car company as well as ownership of the private racetrack the Fiorano Circuit. In 1989 he was named vice chairman of Ferrari. In 1990, Piero legally changed his name from Piero Lardi Ferrari to Piero Ferrari.

Piero was part of a Ferrari family first when he accepted the trophy at the 2013 Chinese Grand Prix, which was won by Fernando Alonso. The then team head Stefano Domenicali urged Ferrari to accept the trophy for the team. It was the first time a Ferrari family member ascended the podium of a Formula One race.

Piero Ferrari is married to Floriana Nalin. The couple has a grown daughter, Antonella, and two grandsons, Enzo and Piero. He lives in his father's old home in Modena.

So, how much would you be worth today if you were Enzo Ferrari's only living heir? Thanks to a steady rise in Ferrari stock, today Piero Ferrari has a net worth of $4.2 billion.