How Rich Would Steve Jobs Be Today With Apple At A $2 Trillion Market Cap?

By Brian Warner on August 19, 2020 in Articles › Billionaire News

At some point this month, Apple CEO Tim Cook will become a billionaire for the first time. Becoming a billionaire is a remarkable feat for anyone, but it's an especially impressive accomplishment for someone who started off as a basic employee without any pre-IPO stock shares or any significant shares at all, really. The only other people I can think of who achieved billionaire status starting out as employees in the same way are Goldman Sachs CEO Lloyd Blankfein and JP Morgan CEO Jamie Dimon.

The vast vast vast majority of people who become billionaires (from something other than inheritance) are founders of companies. This makes sense. A founder typically owns a significant chunk of their company. They achieve billionaire status either through a public offering (IPO), private valuation or liquidation event (sale).

Speaking of founders, one can not discuss Apple without thinking about company co-founder Steve Jobs.

Earlier today Apple officially crossed the $2 trillion market cap threshold for the first time in its history. That achievement begs the question – How rich would Steve Jobs be today if he was still alive? Let's discuss…

BUT here's the fun little fact about Steve Job's net worth: At the time he died, Apple was a relatively small fraction of his net worth. His true fortune came from DISNEY.

Out of that $10.2 billion net worth, only $2 billion was from his stake in Apple. The remaining $8.2 billion came from the roughly 138 million Disney shares Steve received upon the sale of Pixar in 2006.

Why was he so Apple "poor"?

Unfortunately for Steve (and his heirs), the Apple founder famously sold all but one share of Apple in a huff in 1985.

After a brutal boardroom war, Steve quit Apple in 1985. He did not get fired as its often reported. He quit. At the time he quit, Jobs was 30 years old and he owned 20% of Apple. Within days of quitting, he angrily sold off 99.99999% of his Apple shares in one fell swoop. To be precise, he sold all but ONE share. He kept that last share only so he could continue receiving the company's annual report. In total, the sale netted him around $100 million after taxes (that's around $230 million in today's dollars).

Steve was lured back to Apple in the mid-1990s as the company was circling the drain of bankruptcy after a decade of pour products and bad investments. Apple brought Steve Jobs in an advisor capacity in 1997 when it acquired his computer company NeXT for $427 million. This acquisition was just a backdoor way of getting Steve back on the Apple campus.

In September 1997, the Apple board approached Steve about becoming CEO again. Steve was open to the idea but he wanted one thing: EQUITY.

After some lengthy negotiations, Apple's board agreed to give Steve 5.5 million new shares of Apple which at the time were worth around $300 million.

As we all know, Apple's price per share EXPLODED under the re-born, Steve-Jobs-led Apple. Under Jobs the company introduced the iPod, iTunes, iPhone and iPad.

At the peak of his reign, Apple's market cap hit $350 billion. 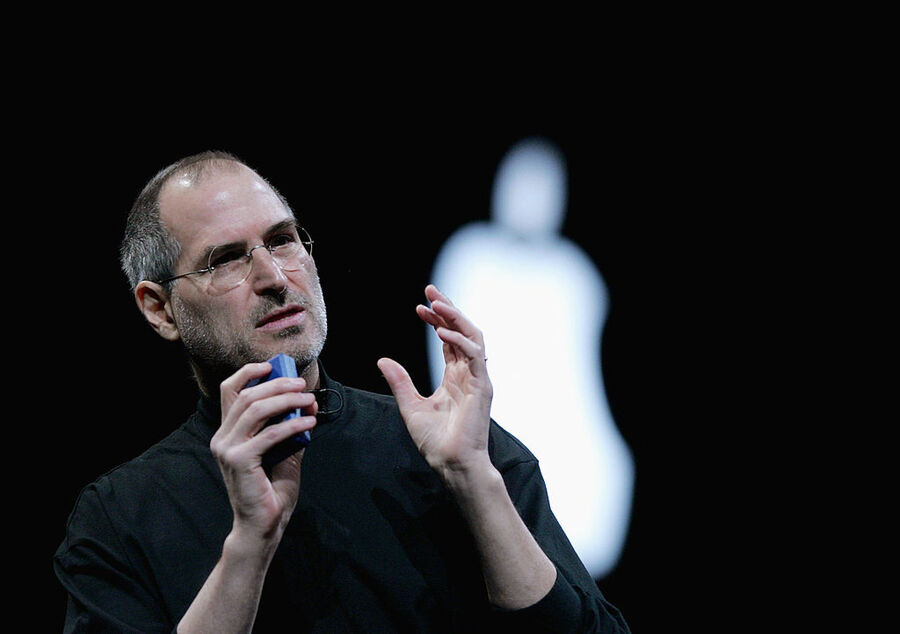 At today's price per share of $130, those 38.5 million shares would be worth $20 billion. Not only that, every quarter when Apple issues its $0.87 per-share dividend, those shares would generate a $40 million dividend. Every quarter. That's $160 million per year in dividends.

So Steve would be worth $2 billion today! Pretty impressive! Much better than $10.2 billion… oh wait. We haven't talked about Disney yet.

Disney does bi-annual dividends. In 2019 those 138 million shares would be producing $121 million TWICE. So $242 million in dividends alone!

Add it all up and if Steve Jobs were alive today and held on to every single share of Apple and Disney, his net worth would be $45 billion. Every year he'd make $402 million per year from dividend payments.

Now, let's pretend for a moment that Steve never sold any of his 20% original Apple stake. And to be fair, assume he never left the company to run Pixar and sell it for billions. If he just maintained that 20% stake as the company grew to a $2 trillion market cap, today he'd be worth well over $400 billion. That would therefore make him the richest human in modern history by a factor of TWO.