How Rich Would Steve Jobs Be At Apple's $1 Trillion Market Cap?

By Brian Warner on August 3, 2018 in Articles › Billionaire News

Yesterday Apple became the first American company to break $1 trillion in market cap. At that level, Apple is worth more than Coca-Cola, Macy's, Lowe's, Wells Fargo, Fox, Marriott, General Motors, Hilton and Paypal COMBINED (with room leftover). Apple is worth twice as much as Disney and Bank of America together. Apple has $250 billion IN CASH sitting in accounts across the globe. It is truly a remarkable milestone that has only been achieved a handful of times in modern history. It's especially remarkable when you consider that Apple was on the verge of bankruptcy in 1997. But here's a question: How rich would the late Apple founder Steve Jobs be today at $1 trillion market cap?

At the time of his death in October 2011, he was worth $10.5 billion. On the day he died, a single share of Apple stock was trading around $54. When Apple broke the $1 trillion mark yesterday, its share price had topped $207.05. So by the power of simple math, his net worth today must have been roughly 4X what it was back in 2011, right? Well, actually no. Believe it or not, at the time of his death, the majority of Steve Jobs net worth had noting to do with Apple at all.

Apple was founded by Steve Jobs, Steve Wozniak and a man named Ronald Wayne in 1976. They went public in 1980, hitting a $100 million market cap after the first day of trading. They topped $1 billion in annual revenue in 1982.

In 1983, Apple hired John Sculley, a more polished and experienced executive, to take over as CEO. Jobs and Sculley got along well for about a minute. By 1985, Steve had caused so much internal conflict and frustration that he was fired by the company's board.

At the time he was fired, Jobs was 30 years old and he owned 20% of Apple. Within days of being fired, he angrily sold off 99.99999% of his Apple shares in one fell swoop. To be precise, he sold all but ONE share. He kept that last share only so he could continue receiving the company's annual report. In total, the sale netted him around $100 million after taxes (that's around $230 million in today's dollars).

Amazingly, Jobs-less Apple actually surged in popularity and revenue for the next few years. And at the same time, Jobs went on to create a new rival computer company called NeXT using $7 million of his own money. Within a few months, Jobs poured an additional $25 million of his own money into NeXT. Unfortunately, after a year of operating, Jobs was extremely low on funds and the company had no product to show for its efforts.

Steve stuck to his guns, took on billionaire Ross Perot as an emergency investor and by 1994 the company was churning out a $1 million profit.

Meanwhile, over at Apple the good times did not last. John Sculley was ousted in 1993 as the company failed to come up with fresh ideas and their old product sales had stalled to almost nothing. At the end of 1996, the entire value of Apple was $3 billion. Oh, and the company actually LOST $867 million that year. They were literally teetering on the verge of bankruptcy.

The struggling company decided to make a big bet. In early 1997, they bought NeXT for $427 million in cash as a backdoor way of bringing Steve back to the company in some capacity. By September of 1997, Apple's board decided they wanted to bring Steve back on as CEO. Steve was open to the idea but he wanted one thing: EQUITY.

After some lengthy negotiations, Apple's board agreed to give Steve 5.5 million new shares of Apple which at the time were worth around $300 million. 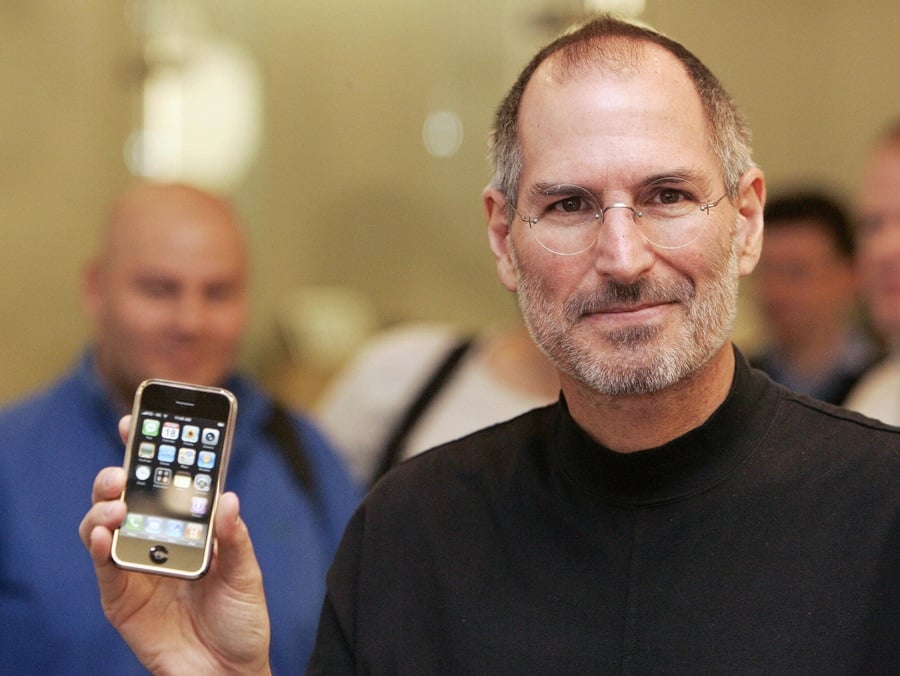 At the time he died, Steve owned 138 million shares of Disney. How? Well, in addition to creating NeXT while he was on hiatus from Apple, Steve also created the movie studio Pixar which Disney acquired in 2006 for $7.4 billion in stock. Steve's portion was worth $3.5 billion.

So how rich would Steve be if he was still alive when Apple hit $1 trillion?

As of this writing, Steve's widow Laurene Powell (who inherited his entire estate) owns 4% of Disney. Disney has a current market cap of $170 billion. So Laurene's Disney stake is worth $6.8 billion. But that's just HALF the story because in 2016 she sold 50% of her shares for $6.2 billion. Had she not sold, today her 138 million shares would be worth $15 billion.

Add it together and if Steve Jobs was alive today, he'd be worth around $23 billion. That actually includes roughly $1.6 billion in dividends paid by both companies over the years. In comparison, $23 billion is not that impressive when looking at Bill Gates who is worth $90 billion and Jeff Bezos who is worth around $140 billion. But consider this:

Had Steve never been ousted from Apple back in 1985 and never dumped all of his shares out of anger, today his 20% stake in Apple would be worth $200 BILLION. Easily enough to make him the richest person on the planet by a mile AND one of the 10 richest human beings of all time.