The net worths of the wealthiest people in the world have been growing at crazy rates. Part of the growth, of course, is a direct result of the tech boom that has been gaining steam over the past nearly three decades. Just ten years ago, in 2010, the 10 richest people in the world had a total wealth of $269.8 billion. Today, they are collectively worth $742 billion. That's an increase of 175%! Thirty years ago, in 1990, to make the list of the richest people in the U.S., one "only" had to be worth $260 million. Today, to be the poorest person on that list, you'd need a net worth of around $2 billion. Today, News Corp. founder Rupert Murdoch has a net worth of $13 billion. He's known as the founder of the Fox News machine and all that goes with that. But back in 1990, he was 59-years-old and the 60th richest person in the world with a net worth of $1.1 billion. Back then, the U.S. was just getting used to the new, fourth television network, Fox Broadcasting. The era of Fox News hadn't yet started.

Let's start with the 1980s, because that laid the foundation for the fortune Rupert Murdoch has today. He was on an acquisition spree in the 80s. In March 1984, Murdoch bought Marc Rich's interest in 20th Century Fox from Marvin Davis for $250 million. Rich had to sell due to the trade deals he'd made with Iran, which were sanctioned by the United States at the time. Murdoch then went out and bought the independent television stations media mogul (and the richest person in the world in 1990) John Kluge owned and operated. Those six stations formed the backbone of the then brand new Fox Broadcasting Company, founded on October 9, 1986. Murdoch also bought out Davis' stake in Fox for an additional $326 million. The new Fox TV network had early success with The Simpsons and The X-Files. Then, in 1993 Murdoch's Fox Network took exclusive coverage of the NFC of the NFL from CBS and increased programming to seven days a week. 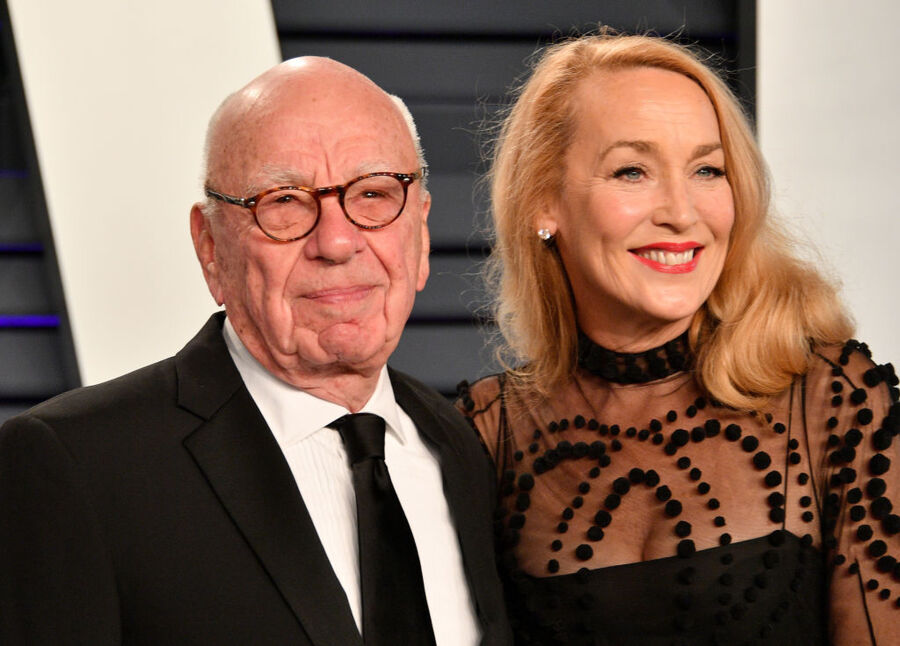 Murdoch had experience in the 24-hour news business thanks to News Corp.'s BSkyB 24-hour news channel in Europe, which he had owned since 1989. On January 21, 1996, Murdoch announced that News Corp. would launch a 24-hour news channel on cable and satellite systems in the U.S. to create a "worldwide platform" for Fox programming. At the time, Murdoch said, "The appetite for news – particularly news that explains to people how it affects them – is expanding enormously."

In February 1996, after Roger Ailes left what is now MSNBC, Murdoch asked him to start his Fox News Channel. Ailes demanded five months of 14-hour workdays and several weeks of rehearsal shows before its launch on October 7, 1996. When Fox News debuted, it was available to 17 million households, however, it wasn't available in New York City and Los Angeles. The flagship newscast at the time was The Schneider Report, with Mike Schneider's fast-paced delivery of the news. During the evening, Fox featured opinion shows: The O'Reilly Report, The Crier Report (hosted by Catherine Crier), and Hannity & Colmes. At the end of 1996, Murdoch was the 85th richest person in the world with a net worth of $3.2 billion.

Fox News saw a huge jump in ratings during the early stages of the U.S. Invasion of Iraq in 2003. At the height of the conflict, Fox News had as much as a 300% increase in viewership – 3.3 million viewers daily. In 2004, Fox News' ratings for the Republican National Convention were higher than those of the three main broadcast networks. Fox News averaged roughly one to two million more viewers than ABC, CBS, and NBC. In 2003, Rupert Murdoch was the 54th richest person in the world with a net worth of $5.4 billion.

In December 2017, Disney announced that it was buying Fox's film studio and much of its TV assets for a staggering $71 billion. The merger was approved by shareholders in June 2018 and officially took effect on Wednesday, March 20, 2019. Disney owns all of Fox Film Corp's assets. Fox studios employees are now part of Disney. Rupert Murdoch received $12 billion in the Disney deal and split it among his six children–Prudence, Elisabeth, Lachlan, James, Grace, and Chloe – making them all instant billionaires.

In 2019, Fox News was the top-rated cable network averaging 2.5 million viewers. It is available in approximately 87 million households. Rupert Murdoch, 89, has a net worth of $13 billion.