How Much Has Ralph Lauren's Net Worth Grown From 1990 To Now?

By Amy Lamare on April 6, 2020 in Articles › Billionaire News

The net worths of the wealthiest people in the world have been growing at crazy rates. Part of the growth, of course, is a direct result of the tech boom that has been gaining steam over the past nearly three decades. Just ten years ago, in 2010, the 10 richest people in the world had a total wealth of $269.8 billion. Today, they are collectively worth $742 billion. That's an increase of 175%! Thirty years ago, in 1990, to make the list of the richest people in the U.S., one "only" had to be worth $260 million. Today, to be the poorest person on that list, you'd need a net worth of around $2 billion. In 1990, Ralph Lauren, then 51, had a net worth of $600 million and was the 138th richest person in the U.S. Today, Lauren, 80, is worth $8.2 billion and he is the 154th richest American this year.

Ralph Lauren was born  "Ralph Lifshitz" on October 14, 1939, in New York City. After a two-year tour of duty in the Army, Lauren took a job as a sales assistant at Brooks Brothers. Lauren didn't spend long at Brooks Brothers. He soon left to become a salesman for a tie company. At some point at this new job, Ralph began designing ties of his own. In 1966, the 26-year-old Lauren designed a wide necktie. He had seen Douglas Fairbanks, Jr. wearing this European style of tie and was struck by its style. The company he worked for rejected his designs, believing they'd never sell. Well, take a look back through any family photos from the late 60s and the entire 1970s and you'll see that Ralph was right and his employers were way way off the mark when it came to wide neckties. Lauren soon quit and started his own company which specialized in taking rags and turning them into neckties. So Lauren's story is quite literally a rags to riches story. He sold these ties to small mom and pop style stores one by one, all across New York City. Eventually, Neiman Marcus approached him and ordered 100 dozen. An empire was born. 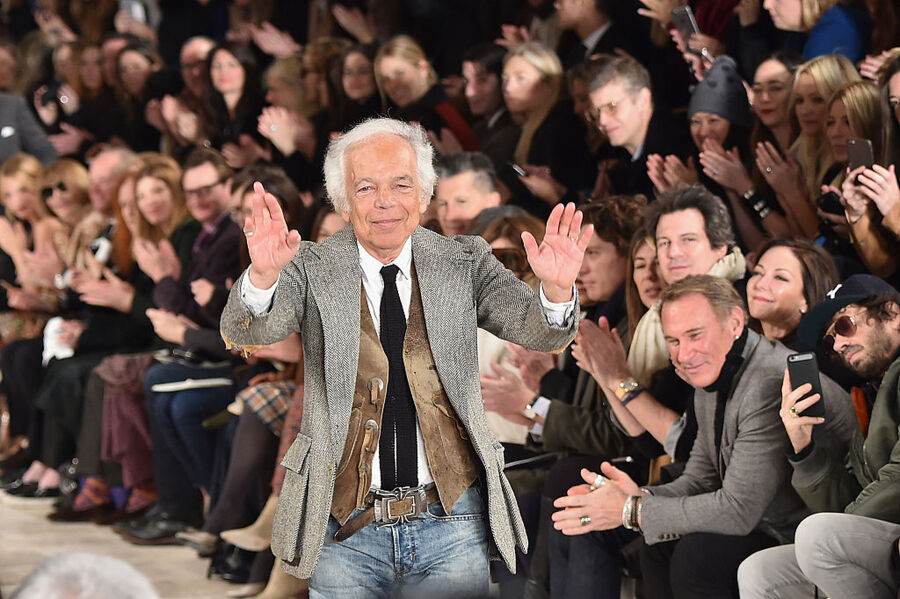 A year later, in 1967, with financial backing from a clothing manufacturer in Manhattan named Norman Hilton, Lauren opened his first dedicated store where he sold all sorts of ties alongside his own designs under the now famous "Polo" label. By 1970 Ralph had branched into designing all kinds of menswear. Within a year he won the prestigious COTY American Fashion Critics Award (Sort of like the Golden Globes for designers) for his menswear line. Lauren branched out into sportswear in the 1970s, introducing the ubiquitous Polo shirt. By the 1980s, Lauren, alongside American designers Donna Karan and Calvin Klein, had come to symbolize aspirational country club preppy style.

Net Worth over the years:

From the mid-80s to the present, the Lauren lines have been staples for fashionable people. Classic preppy American style never goes out of style. Lauren has always been committed to providing comfortable, well put together looks to his customers. In 1997, 30 years after he founded the company with his first neckties, Ralph Lauren Corporation became a public company, making Lauren an even wealthier man. Polo trades under the symbol, RL.

In 2015, Lauren announced that he would be stepping down as chief executive of the company he founded, after nearly 50 years. Think about it, Lauren built an $8.2 billion from those first wide neckties made from scraps of fabric. That's pretty cool!