The net worths of the wealthiest people in the world have been growing at crazy rates. Part of the growth, of course, is a direct result of the tech boom that has been gaining steam over the past nearly three decades. Just ten years ago, in 2010, the 10 richest people in the world had a total wealth of $269.8 billion. Today, they are collectively worth $742 billion. That's an increase of 175%! Thirty years ago, in 1990, to make the list of the richest people in the U.S., one "only" had to be worth $260 million. Today, to be the poorest person on that list, you'd need a net worth of around $2 billion. In 1990, Paul Allen, then 37, was the 56th richest America with a net worth of $1.2 billion. That seems like chump change compared to the $20 billion he was worth when he died in 2018, at 65, from Non-Hodgkin's lymphoma, a disease he battled for years. And yet, even though Allen was worth about $18 billion more in 2018 than he was in 1990, he was just the 44th richest person in the world in 2018.

Allen, is, of course, best known for founding Microsoft with his childhood friend Bill Gates in 1975. He was born in Seattle in 1953. He attended the private Lakeside School where he met and became friends with Bill Gates. The two shared an enthusiasm for computers and used their school's Teletype terminal to work on their programming skills. They also utilized the lab of the Computer Science Department at the University of Washington. In 1971 they were banned from UW for abusing their privileges. Gates and Allen along with Ric Weiland and Kent Evans formed the Lakeside Programming Club. They sought out bugs in Computer Center Corporation's software in exchange for extra time on computers. In 1972, Gates and Allen automated Lakeside School's entire class scheduling procedure. 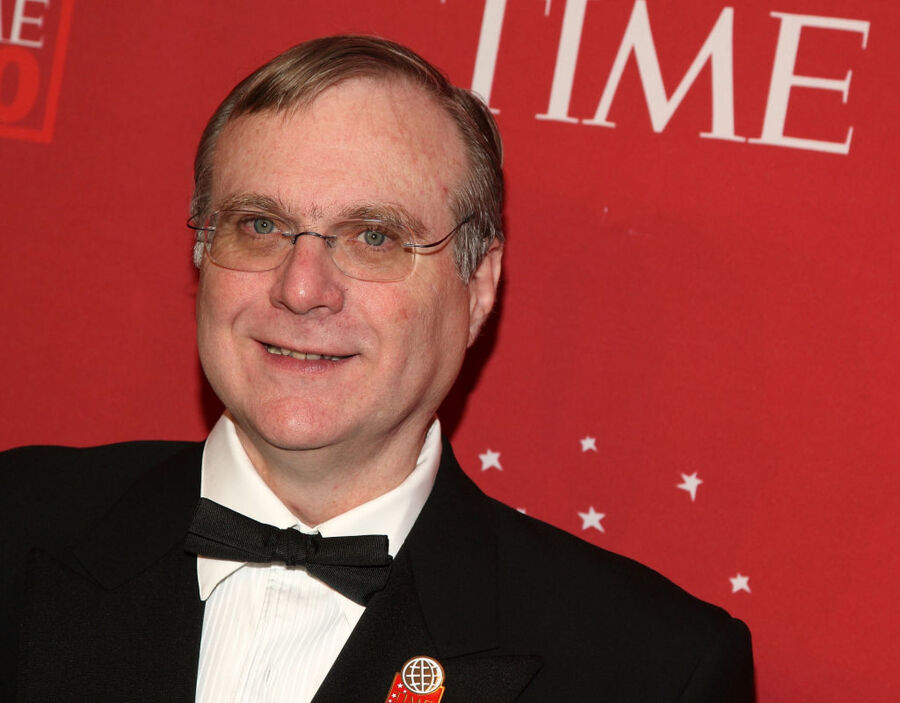 Allen got a perfect score of 1600 on his SAT and went to Washington State University, where he was a member of the Phi Kappa Theta fraternity. After two years he dropped out of college to work as a programmer at Honeywell in Boston near Gates who was attending Harvard. Allen convinced Gates to drop out of college to create Microsoft.

Gates and Allen formed Microsoft in 1975 and began marketing a BASIC programming language. The key deal for Microsoft in its early days came when the company secured a contract to supply the DOS that ran in IBM's new Personal Computer line. When Microsoft officially incorporated in 1981, Steve Ballmer owned 8% of the company, Paul Allen owned 25% and Bill Gates owned 45%. The remaining 22% was split up among some of the luckiest people ever to join a risky young startup. Microsoft Windows was released on November 20, 1985. Within a matter of months, the PC became the global computing standard. Every time a PC was sold, Microsoft earned a royalty check for its software. Over the next several months, Microsoft slowly gained a number of new private investors. And according to Securities and Exchange Commission regulations, once a company has more than 500 private shareholders it must go public. Therefore an IPO was inevitable, even though Bill Gates would have preferred to stay private.

Allen basically left Microsoft in 1982 after being diagnosed with Hodgkin's lymphoma, though he remained on the board of directors as vice chairman. In 1983, Gates tried to buy Allen out at $5 per share, but Allen refused and left the company with his shares intact; this made him a billionaire when Microsoft went public. Gates and Allen donated $2.2 million to their childhood school Lakeside in 1986.  They were friends for the rest of Allen's life.

Paul Allen was best known for his stake in Microsoft, but his $20 billion fortune was mostly tied to the real estate, private equity, and energy sectors. Allen owned more than one million square feet of retail, office, and industrial space in California, New York, Washington, and Oregon. He was involved in Uber, DreamWorks, Plains All America, and Ticketmaster. At the time of his death in 2018, Paul Allen was the chairman of Charter Communications, and founder and chairman of Vulcan Inc., his private asset management company. Allen had a multi-billion dollar investment portfolio that included investments in over 40 other media, technology, and content companies. He was also a member of the billionaire space club. Allen's Vulcan Aerospace financed the Spaceship One effort and won the $10 million Ansari X Prize in 2004. Allen sold the technology behind SpaceShipOne to Richard Branson. (Which then developed into SpaceShipTwo.

Allen left behind a huge portfolio of real estate. From a Manhattan penthouse to a 4,000-acre retreat in Idaho to a mega-yacht, Allen had a home for any mood. He could stay in the city while in New York, Beverly Hills, or Portland. He could sail the seven seas aboard his yacht. He could take in water views in Hawaii and Mercer Island. He could be remote in Idaho and France. Real estate agents who worked with Allen report that he valued his privacy. It didn't matter how far off the beaten path his estates were because he arrived by helicopter. In most cases, Allen didn't just buy a house, he created a compound by also buying adjacent properties. His Mercer Island, Washington property, for instance, is made up of 13 adjoining lots. There are eight homes on that property.

Allen was also the owner of three professional sports teams: the Portland Trail Blazers of the National Basketball Association (NBA), the Seattle Seahawks of the National Football League (NFL), and the Seattle Sounders FC franchise. Allen, like Gates, was very involved in philanthropy, making more than $2 billion worth of contributions toward the advancement of science and technology, and to organizations related to health and human services.

Unfortunately, Paul Allen died on October 15, 2018 at the age of 65 from Non-Hodgkin's lymphoma, a disease he had been battling for several years.