How Much Has Les Wexner's Net Worth Grown From 1990 To Now?

By Amy Lamare on April 4, 2020 in Articles › Billionaire News

The net worths of the wealthiest people in the world have been growing at crazy rates. Part of the growth, of course, is a direct result of the tech boom that has been gaining steam over the past nearly three decades. Just ten years ago, in 2010, the 10 richest people in the world had a total wealth of $269.8 billion. Today, they are collectively worth $742 billion. That's an increase of 175%! Thirty years ago, in 1990, to make the list of the richest people in the U.S., one "only" had to be worth $260 million. Today, to be the poorest person on that list, you'd need a net worth of around $2 billion. In 1990, Les Wexner, then 53, had a net worth of $1.8 billion and was the 25th richest person in the U.S. Today, Wexner is 82, worth $4.8 billion and despite being worth $3 billion more than he was in 1990, he is the 154th richest American this year. His $1.8 billion in 1990 adjusted for inflation, would be worth $3.6 billion today. Wexner, of course, is the man behind The Limited and a host of other retail brands.

Wexner recently endured a whole bunch of bad press surrounding his former friend and financial advisor Jeffrey Epstein. For nearly two decades, Epstein managed Wexner's wealth, supervised his investments, and even offered his opinion on which women should be Victoria's Secret models. Wexner has categorically denied having any knowledge of Epstein's sex predator ways. He accused Epstein of misappropriating large sums of his money. Epstein reportedly earned over $200 million from managing Wexner's wealth. In 1991, Wexner gave Epstein his power of attorney—meaning he had the "full power and authority to do and perform every act necessary" for Wexner. Epstein managed Wexner's money, oversaw the construction of his yacht, signed his tax returns, bought a $10 million plane, and acquired businesses. Wexner once called Epstein "a most loyal friend," but recently said that he severed ties with Epstein more than a decade ago. In a letter to L Brands employees dated July 16, 2019, Wexner wrote that he was unaware of the "illegal activity" Epstein was charged with. 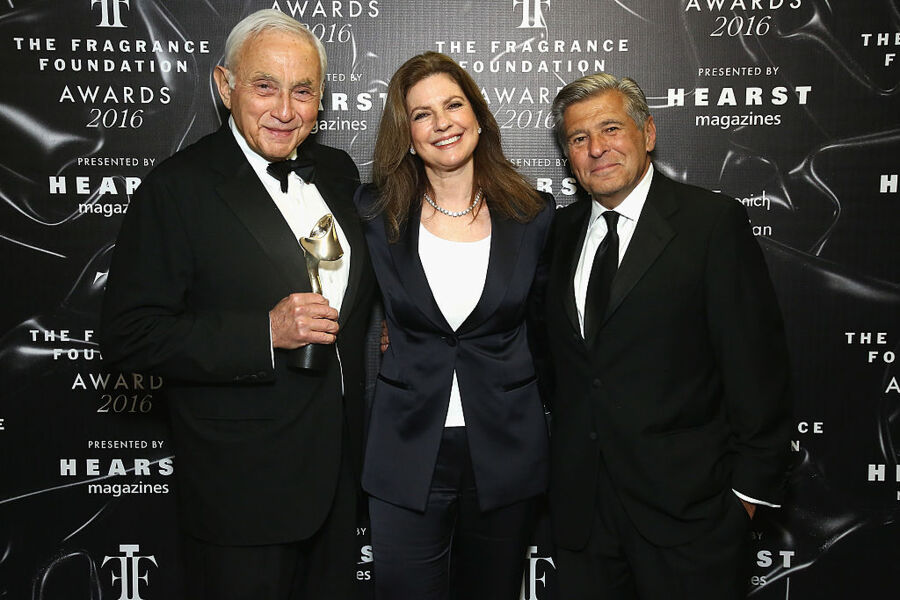 Wexner was born in Dayton, Ohio in September 1937. He is an Ohioan through and through. He majored in business administration at The Ohio State University. Wexner attended law school but dropped out to help his parents run their retail store. He borrowed $5,000 from his aunt in 1963 to start the clothing store The Limited. In 1969 Limited Brands went public on the New York Stock Exchange. He is the longest-running CEO of any Fortune 500 company. Wexner's companies include Victoria's Secret, Bath & Body Works, Henri Bendel, C.O. Bigelow, La Senza, and The White Barn Candle Company. Other brands that have spun off are Abercrombie & Fitch, Lane Bryant, and The Limited Too. In 2007 The Limited was separated from Limited Brands.

We reported in February 2020 that Wexner appeared to be in talks to step aside as chief executive officer of his retail empire. L Brands, the parent company of Wexner's brands, is in discussions with the private equity firm Sycamore Partners. Sycamore has become known lately for scooping up failing apparel brands. Sycamore has picked up Express and Forever 21 in past deals. Later in February, Sycamore acquired Victoria's Secret for $525 million. As part of the deal, Wexner will retain Bath and Body Works and step down as chairman to become chairman emeritus. As of this writing, that has not happened yet.

Victoria's Secret has struggled to stay relevant in recent years. Sales are on the decline and stores are shuttering across the country.  Wexner has been running his business for 57 years. Shares of L Brands Inc. dropped 29% last year. The market value of the company is just under $6 billion, down from $29 billion at its peak in 2015. Back then, Wexner had a net worth north of $6 billion. Shares increased by 13% when news of Wexner's potential exit broke.

Wexner opened his first store when he was 26 and by his 50s, he was running more than a dozen businesses with five of them doing sales of $1 billion or more. Then he decided he was going about it all wrong. From 1998 to 2007 Wexner sold off The Limited, Limited Too, Abercrombie & Fitch, Express, Lane Bryant and Lerner New York. But he held onto Victoria's Secret and Bath and Body Works.

In 2016, Wexner let the CEO of Victoria's Secret go and took control of the company. Changes he made, like eliminating swimwear and cutting way back on the catalog mailings in favor of in mall stores, were met with outcries from customers. He defended his strategy in 2017, even as retail bankruptcies accumulated. He insisted that people go to malls for social interaction and history was on his side.  In 2018, as sales slumped and foot traffic to malls dropped, he brought back swimwear and started mailing catalogs again. In 2019, Victoria's Secret decided to drop its popular televised fashion show, which typically aired in the holiday season. Sales of Victoria's Secret dropped 12% during the holiday period.

Another pursuit of Wexner's is New Albany, Ohio, the town he lives in. He basically designed the whole thing. He bought his first plot of land in New Albany in the late 1980s with the intention of building his home there. In 1986, the 90-acre plot was worth about $200,000. Today, the land and the mansion he built on it are worth $45.6 million. Over the years, Wexner ended up buying 10,000 acres of land in the town through The New Albany Co., a development firm he co-founded with his friend John Kessler. This plot makes up not just the entire town of New Albany, but part of its surrounding area as well. He called in a group of architects and landscapers and spent Saturday mornings designing the town. Wexner and The New Albany Co, have developed the town's center, parks, an arts center, a business park, the country club, and large residential areas.

More than five decades ago, Wexner set out to revolutionize how people shopped. It is hard to imagine now, but once upon a time, people didn't have the option of shopping for casual sportswear separates at the mall.  There weren't stores devoted solely to bathing suits or ball caps or underwear. Department stores carried the bulk of what we wore. It wasn't until a 26-year-old man got an idea of how to make more money selling specifically what people wanted that the way we shop for clothes changed. It has been 57 years since Leslie Wexner founded The Limited and a lot has changed in the world. The way we, as consumers, shop is just one of them but one that he has played a big part in.