How Much Has Larry Ellison's Net Worth Grown Since 1990?

The net worths of the wealthiest people in the world have been growing at crazy rates. Part of the growth, of course, is a direct result of the tech boom that has been gaining steam over the past nearly three decades. Just ten years ago, in 2010, the 10 richest people in the world had a total wealth of $269.8 billion. Today, they are collectively worth $742 billion. That's an increase of 175%! Thirty years ago, in 1990, to make the list of the richest people in the U.S., one "only" had to be worth $260 million. Today, to be the poorest person on that list, you'd need a net worth of around $2 billion. In 1990, billionaire Oracle founder Larry Ellison, then 46, had a net worth of $365 million and was the 264th richest person in the U.S. Today, Ellison, 75, is worth $53 billion, is the 5th richest American, and the eighth richest person in the world.

Larry Ellison was born in the Bronx, New York on August 17, 1944. His mother was a 19-year-old single mother and Larry was raised by his great aunt and great uncle on the South Side of Chicago. Lillian and Louis Ellison legally adopted Larry when he was nine months old. Ellison didn't find out that he was adopted until he was 12 years old and didn't meet his biological mom until he was 48 years old. Ellison hopped around in college spending time studying at the University of Illinois and the University of Chicago before he dropped out and moving Berkeley, California in 1966 at 22 years old. 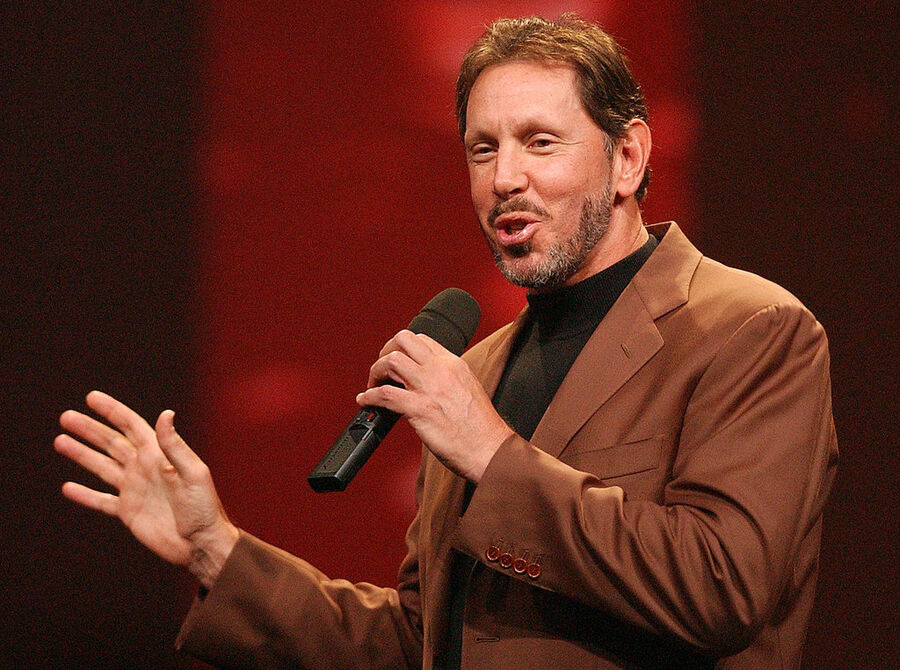 Over the next eight years, Ellison worked a series of jobs before landing a programmer job at Ampex, where his projects included a database for the CIA, which he named Oracle. In 1977, he founded Oracle with two partners and an investment of $2,000 – $1,200 of the money was his. In 1981, just four years after co-founding his own company, IBM chose Oracle to run its mainframes. For the next seven years, sales doubled each and every year. Ellison took Oracle public in March 1986. The company raised $31.5 million during its IPO.

In 1990, Oracle was not having a good year. Ellison had to lay off 10% of the company, about 400 people, because the company was losing money and close to bankruptcy. The marketing strategy the company employed back then started when salespeople talked potential customers into buying the largest package Oracle offered, all at once. The salespeople then put the value of future license sales into the current quarter to increase their commissions. Oracle had to restate its earnings twice and had to settle class-action lawsuits from overstating the earnings. Suffice it to say, 1990 wasn't Ellison's best year. Fortunately, Oracle rebounded from that debacle and enjoyed dominating the industry until the late 1990s, when the Microsoft SQL Server started gaining in popularity.

In March 2010, Ellison was the sixth-richest person in the world and the third-richest American. Throughout the last decade, Ellison's wealth has continued to rise.

Net worth over the years:

These days, Ellison is hanging out on the Hawaiian island of Lanai, which he owns, or on his 249-acre estate in Rancho Mirage, California, near Palm Springs.