How Much Has Jacqueline Mars' Net Worth Grown From 1990 To Now?

By Amy Lamare on April 5, 2020 in Articles › Billionaire News

The net worths of the wealthiest people in the world have been growing at crazy rates. Part of the growth, of course, is a direct result of the tech boom that has been gaining steam over the past nearly three decades. Just ten years ago, in 2010, the 10 richest people in the world had a total wealth of $269.8 billion. Today, they are collectively worth $742 billion. That's an increase of 175%! Thirty years ago, in 1990, to make the list of the richest people in the U.S., one "only" had to be worth $260 million. Today, to be the poorest person on that list, you'd need a net worth of around $2 billion. In 1990, Jaqueline Mars, then 51, was the 29th richest American with a net worth of $1.7 billion. Today, Mars, 80, an heiress to the candy fortune, has a net worth of $37 billion and is the 19th richest person in the U.S. and the fourth richest woman.

Jacqueline's family, the Mars family, is one of the richest in the United States. They own the confectionery company Mars, Inc., that bears their name. Mars, considered to be the largest confectionery company in the world. The company's leading brands include the Milky Way, M&Ms and Snickers, the latter being named after a favorite family horse. Mars also became a leading manufacturer of pet food, with Pedigree and Whiskas being a part of the family's portfolio of companies. Mars, Inc. is the sixth-largest privately owned business in the U.S. Worldwide sales top $33 billion. Mars Inc. is in its fourth generation of family leadership. Along with other assets, the Mars family's net worth is believed to reach $90 billion. The Mars family, collectively, is the third richest family in the world. 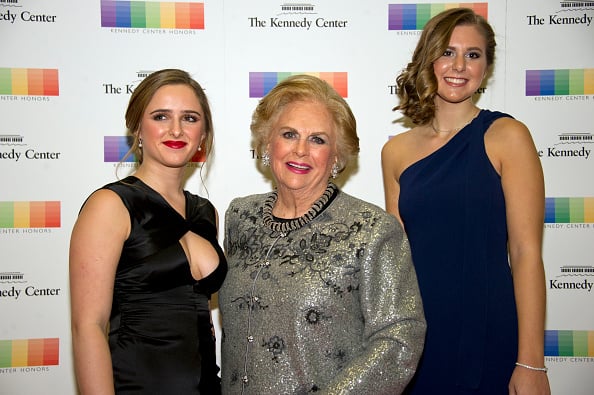 Jacqueline Mars was born on October 10, 1939. She is the daughter of Audrey Ruth and Forrest Mars, Sr., and granddaughter of Frank C. Mars. Her father and grandfather founded Mars, Inc. She attended and graduated from the boarding school Miss Hall's School in Massachusetts and graduated from Bryn Mawr College in 1961 with a degree in anthropology. Mars married David Badger the same year she graduated from college. They had three children: Alexandra, Stephen, and Christa. Mars and Badger divorced in 1984. She married Harold "Hank" Vogel in 1986. They divorced in 1994. Mars is a trustee of the U.S. Equestrian Team and owns a working organic farm. She is on the board of directors for the Washington National Opera. Mars' son Stephen sits on the board of directors of Mars, Inc.

Forrest. Sr. raised his three kids –Forrest Jr., John, and Jacqueline to be frugal and private. They were sent to the best schools but taught by their father never to trust outsiders – especially the press. That's why there's relatively little personal information about or interviews with Jacqueline and her family. Basically, for a company that makes such a fun product, the Mars family and the company they control have long been shrouded in secrecy. The famous family secrecy started with Forrest, Sr., who had a deeply frugal streak. While he was setting up a division of the family business in Europe in the 1930s, Forrest was so tight-fisted that his father-in-law sailed to England to insist that Forrest's wife Audrey and their children Forrest Jr., John, and Jacqueline return to the U.S.

In the 1980s, shortly after the Mars family was added to the Forbes list of America's wealthiest families, Jacqueline Mars found herself at a dinner party seated next to Malcolm Forbes. She was incensed and insisted the magazine publisher had violated her family's privacy. She threatened to leave the party if the hostess did not move her far away from Forbes.

Jacqueline's oldest brother, Forrest Mars, Jr. died in 2016 and Mars, Inc. became 100% owned by John Mars and Jacqueline Mars. Her niece Victoria Mars is the current chairman of the company. The Mars family is determined to keep the company in the family. If passing the family business to the next generation is not possible, the Mars family would be much more likely to sell to a larger company – perhaps Nestle – especially if that sale would stick it to their rival Hershey.