How Much Has David Geffen's Net Worth Grown From 1990 To Now?

The net worths of the wealthiest people in the world have been growing at crazy rates. Part of the growth, of course, is a direct result of the tech boom that has been gaining steam over the past nearly three decades. Just ten years ago, in 2010, the 10 richest people in the world had a total wealth of $269.8 billion. Today, they are collectively worth $742 billion. That's an increase of 175%! Thirty years ago, in 1990, to make the list of the richest people in the U.S., one "only" had to be worth $260 million. Today, to be the poorest person on that list, you'd need a net worth of around $2 billion. In 1990, David Geffen, then 47, had a net worth of $515 million and was the 162nd richest person in the U.S.  Today, Geffen, 77, is worth $8 billion and he is the 60th richest American this year.

Geffen saw a big boost to his net worth in 1990 when he sold Geffen Records for $550 million. He's been catching some flack recently for an Instagram post. Last weekend, Geffen posted photos on his $590 million superyacht in the Caribbean. He captioned it: "Sunset last night. Isolated in the Grenadines avoiding the virus. I hope everyone is staying safe." He faced immediate backlash, with people calling his post shameful and out of touch. But hey, he's been an obscenely wealthy man for three decades, so what do you expect from your average Hollywood multi-billionaire who has a massive real estate portfolio including a $54 million penthouse in Manhattan and a $47.5 million Beverly Hills estate built by Jack Warner, one of the founders of Warner Brothers. Additionally, Geffen's art collection is worth $2 billion. Is there any way he could isolate that wouldn't be a bit out of touch from regular people? 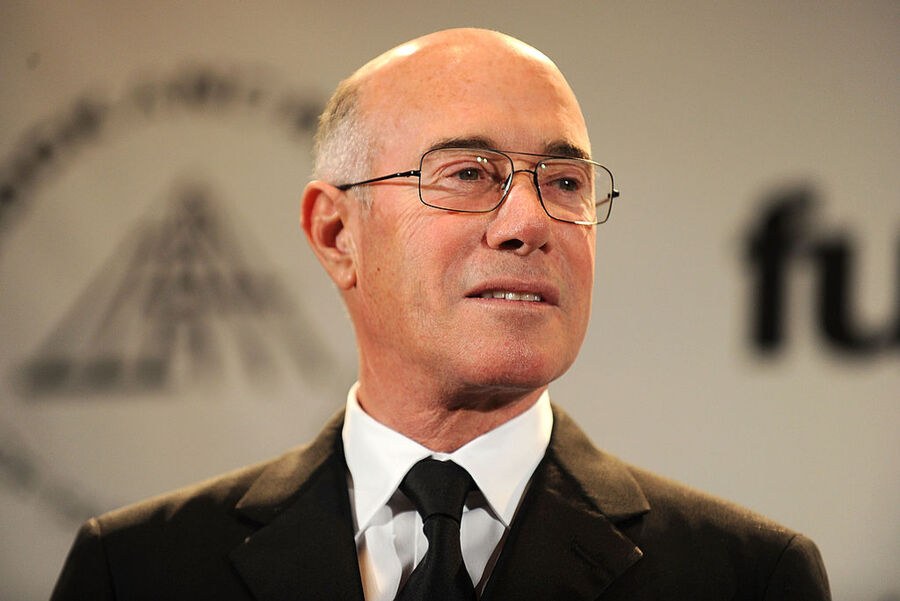 Geffen was born on February 21, 1943, in Brooklyn, New York. He dropped out of college and moved to California in the early 1960s to pursue a career in acting. Instead, he ended up in the mailroom at the William Morris Agency (WMA). He was quickly promoted to talent agent. He left WMA in 1970 to become a music manager. He signed Jackson Browne and founded his own record label Asylum Records. Artists that Geffen signed in this time period included Crosby Stills and Nash, the Eagles, Joni Mitchell, Bob Dylan, Tom Waits, Warren Zevon, and Linda Ronstadt. In 1972, Asylum was acquired by Warner Communications and merged with Elektra Records to form Elektra/Asylum Records. Geffen ran the label until December 1975, when he became vice chairman of Warner Brothers film studio. Not long after accepting this job, he left and retired early due to a cancer diagnosis.

In 1980, a new medical diagnosis revealed that Geffen never had cancer. His original diagnosis was a mistake and Geffen was given a clean bill of health, whereupon he decided to return to working in the entertainment industry. With this new lease on life, Geffen founded Geffen Records. He signed John Lennon, Yoko Ono, Elton John, Donna Summer, Guns N' Roses, Debbie Harry, Kylie Minogue, Berlin, Wang Chung, Asia, Enya, Sammy Hagar, Irene Cara, Joni Mitchell, Aerosmith, Don Henley, Cher, Peter Gabriel, and many more. Then, in 1990, Geffen sold Geffen Records to MCA for $550 million in stock. A few months later in 1991, MCA was bought by Matsushita Electric Industrial Co. (later renamed Panasonic) for $6 billion. Geffen's 10 million shares of MCA stock was worth $700 million. ($1.3 billion in today's dollars). The MCA money plus his real estate, art collection, and other assets made him an overnight billionaire.

Geffen wasn't just a music mogul, though. During the 1980s he produced a number of movies through his The Geffen Film Company including 1983's Risky Business, 1988's Beetlejuice, and 1986's Little Shop of Horrors. Then, in, 1994, he co-founded the film studio Dreamworks SKG with Steven Spielberg and Jeffrey Katzenberg. They went on to have enormous success with movies like the Shrek franchise, Kung Fu Panda, Antz, and many more.  In 2005, Viacom acquired Dreamworks' live-action studio for $1.6 billion (including the assumption of $400 million in debt). Geffen stepped away from Dreamworks in 2008.

Net Worth over the years:

Geffen is a well-known philanthropist who plans to give the majority of his fortune to charity before he dies. He has donated hundreds of millions of dollars to UCLA, making him the largest individual benefactor for the UC system.

A keen art collector since he first started to achieve success, today David owns what is considered one of the most valuable private collections in the world. His art collection is worth $2-3 billion, accounting for a solid portion of his net worth. In 2006 he sold two pieces – a Jackson Pollack and a de Kooning – for a combined $277 million. In 2016 he sold a 1955 de Kooning oil painting for $300 million and a 1948 Jackson Pollack for $200 million. Both were bought by hedge fund billionaire Ken Griffin.