How Many Billionaires Live In San Francisco?

By Joseph Gibson on November 15, 2019 in Articles › Billionaire News

A quick glance at some cost of living statistics for San Francisco, California may convince you that you'd have to be a billionaire to live there. And as it turns out, a recent Wealth-X study states that San Francisco has the third-highest total number of billionaires in residence in the world, right behind New York and Hong Kong, with 75 billionaires currently living in the city.

San Francisco may be number three on the list of cities with the most billionaires, but if you adjust for per capita concentration compared to the overall population, it jumps to number one, with one in every roughly 11,600 San Francisco residents qualifying as a billionaire. That means that San Francisco has a greater concentration of billionaires than New York City, as well such other famously wealthy cities like Hong Kong and Dubai. And by that metric, none of the other richest cities in the world really comes close to SF's amazing one-in-11,600 figure, with New York, Dubai, and Hong Kong all hovering around the one-billionaire-in-80,000 margin. 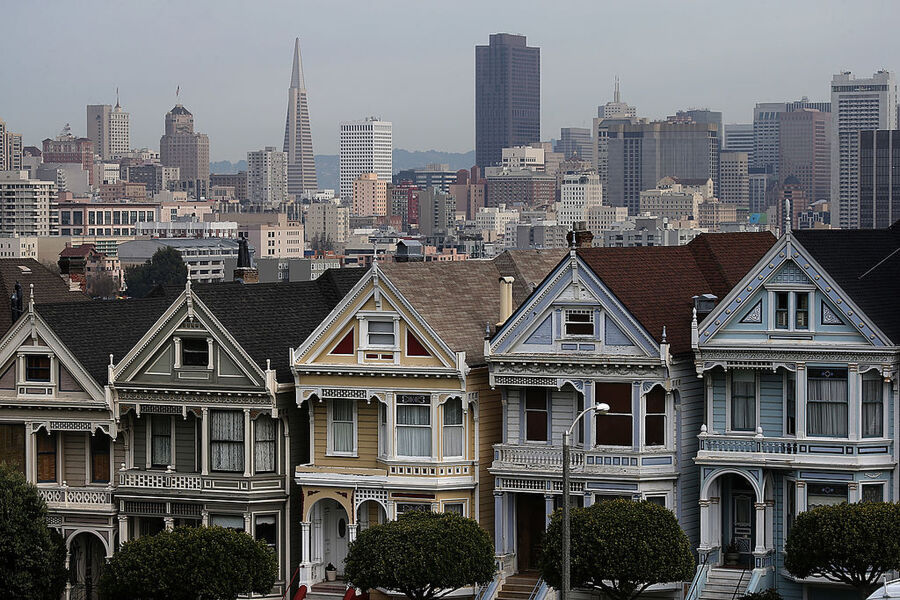 2018 saw San Francisco's billionaire population increase by a grand total of one, but that was a relatively small growth compared to other years in the last decade. Why the relative slowdown? Wealth-X has one explanation:

"Although 2018 was a less auspicious year for tech stocks, amid slower demand and a modest push-back from the public and governments to the actions of certain high-profile firms, wealth creation was still supported by broadly favorable economic conditions in the US and the continuing growth of digitalization around the world."

With so many billionaires calling San Francisco home, you might be wondering if there are any you've heard of or would recognize. As it turns out, some of the most famous billionaires in the world live in the Bay Area, including Facebook's Mark Zuckerberg, Oracle's Larry Ellison, and Google co-founders Larry Page and Sergey Brin.

Another piece of information to consider is that while San Francisco billionaire population saw a small, nominal increase and the North American region as a whole saw its own small increase of about three percent, the number of billionaires all over the world saw a decline of about 5.4 percent, with a reported total of 2,604 individuals able to call themselves billionaires. And if you're interested in bumping into one, statistically speaking there's really only one place where you can maximize your chances of doing so: San Francisco.