By Amy Lamare on October 3, 2019 in Articles › Billionaire News

It was recently reported that Jimmy John's Gourmet Sandwiches was being acquired by the private-equity group Inspire Brands, Inc. The deal's value was not disclosed but was said to be an all stock transaction. Back in 2016, Jimmy John Liautaud sold a majority of the sandwich franchise he founded to Roark Capital at a valuation of $2.3 billion. After that deal, Liautaud retained a 35% stake in his company and had a net worth before taxes of $1.7 billion. Before the news broke about the sale to Inspire Brands, which also owns the Sonic burger chain, Liautaud had a net worth of $2 billion.

Jimmy John Liautaud was born in the Chicago suburb of Arlington Heights, Illinois on January 12, 1964. His father, James, was an entrepreneur. He has three siblings, brothers Greg and Robby and sister Lara. He attended Elgin Academy, a private prep school in Elgin, Illinois and graduated in 1982. His father offered him a loan of $25,000 to start a business on the condition that when (not if) the business failed, he would enlist in the Army. His father loaned the money in exchange for a 48% stake in the business. Jimmy John enrolled at Eastern Illinois University, but dropped out to work on his growing business. He initially wanted to open a hot dog stand, but after visiting a number of hot dog stands in the summer of 1982, he didn't think $25,000 was enough to open his own. After a random encounter at a sandwich shop, he became taken with the idea of opening a sandwich shop by purchasing premium meats at a neighborhood market and baking his own bread. 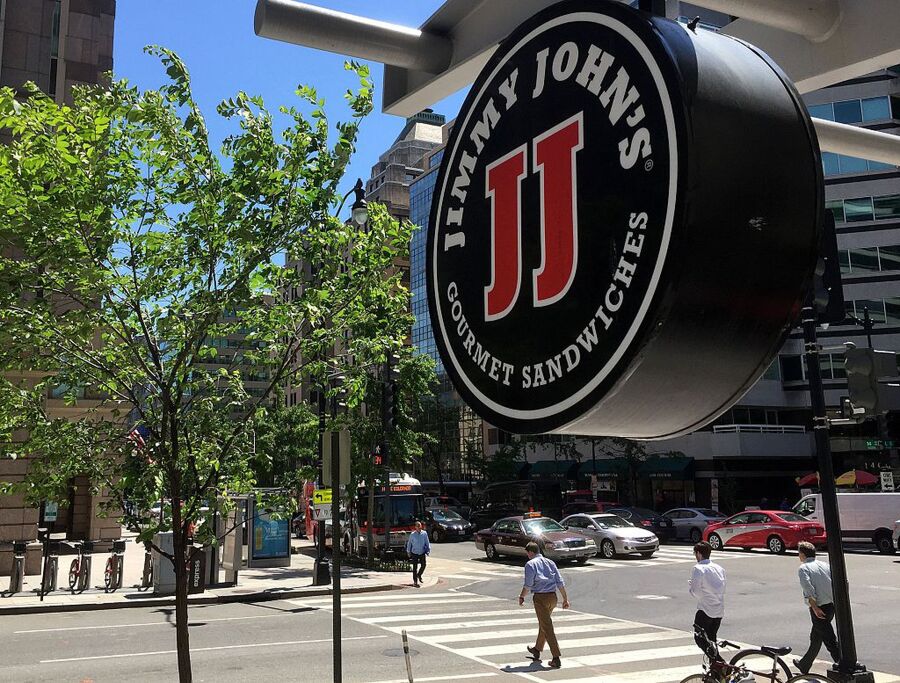 Jimmy John's Gourmet sandwiches opened with four sandwiches on the menu on January 13, 1983, in Charleston, Illinois. His shop wasn't in the greatest location, so he included delivery of his sandwiches to encourage sales. He also brought samples door-to-door in the dorms at nearby Eastern Illinois University. Jimmy Johns Gourmet Sandwiches turned a profit by the end of the first year. At the end of his second year in business, he was able to buy out his father's stake and become sole owner. Liautaud opened his second and third shops in 1986 and 1987.

During the summer of 2015, photos of Liautaud posing with big game he had hunted made the rounds on social media. In an interview that year with the Chicago Tribune, he expressed frustration with people still connecting him to photos of him from 10 years ago. He used to hunt big game in Africa on legally organized safaris, but after a change of heart, he no longer does. That is called growth and people should give him credit for that.

For Inspire Brands, the Jimmy John's acquisition will make it the fourth largest restaurant company in the U.S. with 11,200 restaurants and more than $14 billion in annual sales. Last year, Jimmy Johns had $2.15 billion in sales in 2,803 stores. That's a 50% increase in sales and locations just since 2013.

Jimmy Johns has faced increased competition from newer sandwich chains including Jersey Mike's and Firehouse Subs. Subway continues to be the dominant store in the market. Jimmy Johns is also hurt by refusing to use outside delivery companies like GrubHub to deliver its sandwiches, it continues to use its own fleet of delivery couriers.

In the deal, Jimmy John Liautaud will step down as Chairman of the Board and become an adviser to the brand. James North, the president of Jimmy John's will remain in his position.