How George Lucas Earned His Incredible $5.4 Billion Net Worth

By Amy Lamare on February 17, 2019 in Articles › Billionaire News

OK, we recognize how ridiculous the headline is in regard to George Lucas. He is the man behind Star Wars, FFS, so of course he's a very wealthy man. Did you realize just how wealthy he is? It takes a certain amount of savvy deal making to amass a net worth of $5.4 billion when you consider that Lucas has only directed seven feature films. Lucas has made money in a number of ways, but we're going to just say it, he is a billionaire many times over because of Star Wars.

George Walton Lucas, Jr. was born in 1944 and raised on a walnut ranch in Modesto, California. His dad owned a stationary store. During his teen years, he became interested in drag racing and planned to become a professional race car driver. That dream was derailed when he got in a serious car accident shortly after graduating from high school. He enrolled in the film school at USC. He made a number of short films at USC, including Electronic Labyrinth THX 1138 4EB, which won first prize in the National Student Film Festival for the 1967-68 school year. He was offered a scholarship by Warner Brothers and was able to observe the filming of Finian's Rainbow, which was being directed by Francis Ford Coppola. The two struck up a friendship and formed the production company American Zoetrope in 1969. The first project for the new company was the full length feature version of THX 1138 in 1971. That same year, Lucas formed Lucasfilm Ltd. 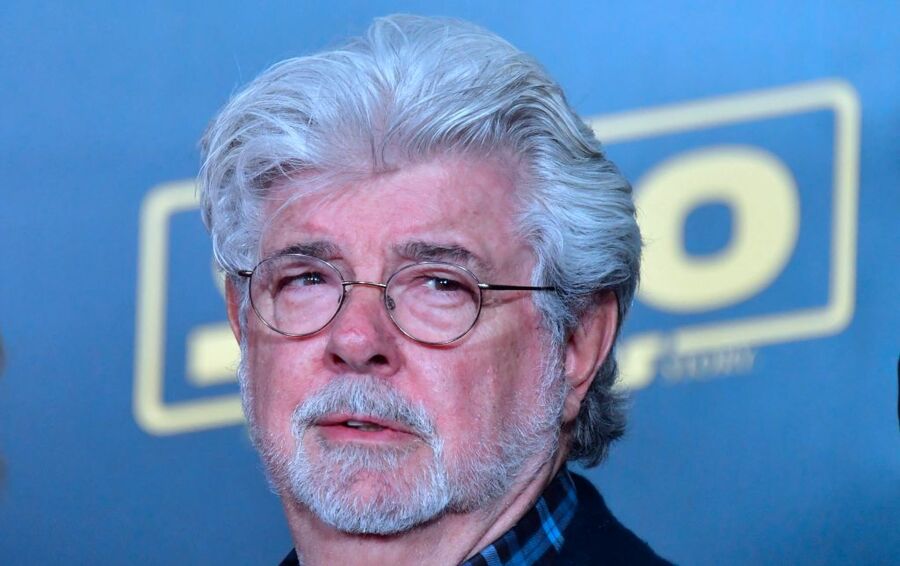 In 1973 he wrote and directed American Graffiti, which became one of the most profitable movies of all time, earning $200 million with a budget of just $775,000. It was nominated for an Academy Award for Best Picture, Best Director, Best Original Screenplay, Best Supporting Actress and Best Editing. Lucas was now a hot commodity and he had an idea for a new movie. He wanted to write a western set in space. He spent two years writing the script for Star Wars. During this time his debt mounted – he wasn't making any money. His film career floundered. After the enormous success of American Graffiti, Lucas could have practically written his own ticket. He focused on his space western. He was able to sell the concept to Fox.

Lucas was entitled to a salary of $500,000 for directing Star Wars. Instead of accepting that, George approached the Fox executives with an idea. George generously offered to keep his salary at the $150,000 he made for American Graffiti in exchange for what at the time seemed like really insignificant requests. He wanted to retain all merchandising rights, and he wanted to retain the rights to any sequels. At the time, this was a fantastic deal for Fox. They had lost a fortune in potential merchandising profits when 1967's Doctor Dolittle was a box office flop. Also, general merchandise just wasn't a meaningful revenue stream back then. As for those sequel rights, no executive at Fox thought the movie had a snowball's chance in hell of making money. So off George went to finalize his script with $150,000 and a what seemed like an incredibly naive contract in his pocket.

Of course, we all know that George had the last laugh with the deal he made. When Star Wars was released in 1977, it was an immediate and enormous hit. It went on to become one of the highest-grossing films of all time. In six months, the film earned $220 million in the United States alone ($830 million in inflation adjusted dollars). To date, Star Wars has earned $775 million at the box office ($2.5 billion after adjusting for inflation).

The success of the film was unprecedented at the time, but that wasn't where George made his money. Between 1977 and 1978, Star Wars sold $100 million worth of toys and 40 years later, Star Wars themed toys have generated more than $12 billion in revenue. After the first film, George owned 100% of the rights to the entire franchise. The next five Star Wars movies would go on to earn an additional $3.5 billion at the box office. The total revenue after 40 years of Star Wars licensing is $37 billion. After expenses, taxes, fees, etc. George Lucas had earned himself an impressive $3.3 billion net worth by 2012. Then, Disney came calling.

George Lucas' impressive $5.4 billion net worth would not have been possible without that simple deal he made back in 1973. The lesson here is, if you believe in your idea, pursue it with all the conviction you have. No one thought Star Wars would be a hit. No one except George Lucas. And that brought him a more than $5 billion fortune.