There's nothing we love more than a good story about people who've gotten very wealthy through someone famous or luxury goods. When it comes to brothers Alain and Gerald Wertheimer, their story involves both – via their ancestors, but still, they've been instrumental in taking what was left to them and making it even more successful. The Wertheimer business have been running the family business for 45 years – and doing it quite well at that as is evidenced by their combined $50 billion net worth. The Wertheimers all in are among the wealthiest families in the world. How did they come by this incredible fortune? Well, it dates back to the late 1800s and took off thanks to the one and only Coco Chanel.

Back in the late 1800s, Ernest Wertheimer moved from Alsace, France to Paris. He bought the company Bourjois, a theatrical makeup company that produced the very first dry rouge in the world. Ernest's sons Pierre and Paul took over the family business in 1917 and just three years later, the company was the largest and most successful cosmetic and fragrance company in France. The turning point on the path to even greater success came when Pierre met Coco Chanel in the 1920s. They became business partners. In 1924 Pierre and Coco created Parfums Chanel when Coco Chanel came to the conclusion that it was the right time to launch her signature fragrance, Chanel No. 5, to a larger and wider base of customers. Prior to the agreement with Wertheimer, Chanel No. 5 was only available in Chanel's boutique. Coco leveraged Pierre's expertise in retail as well as his knowledge of the American market and his financial resources. Pierre took a 70% stake in Parfums Chanel for his part in financing and marketing Chanel's perfume. For a 10% stake in Parfums Chanel, Coco licensed her name to the company and didn't take part in any of the business operations. She was, after all, a designer at heart. 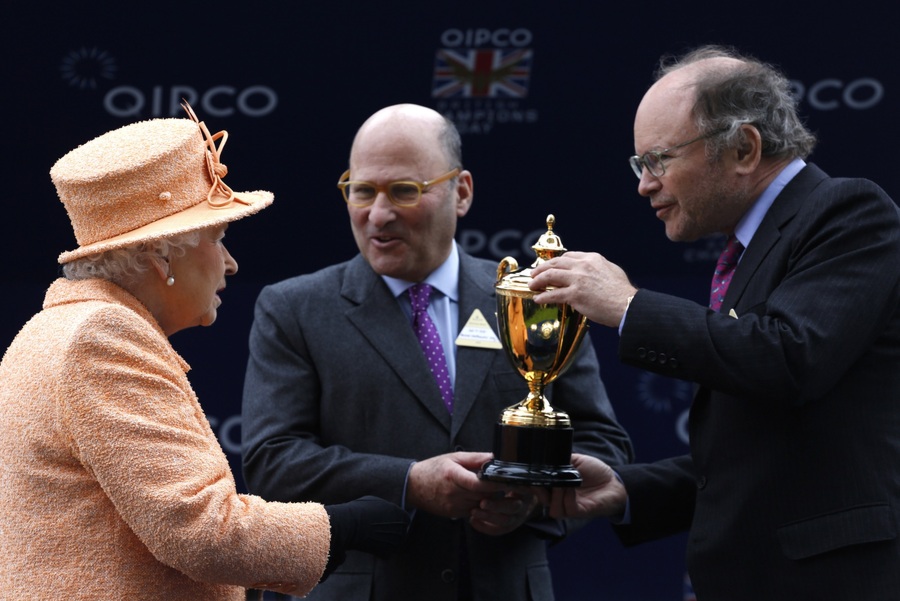 However, as time went on, Coco was unhappy with the deal she'd made with Pierre and attempted to regain control of Parfums Chanel. She sued the Wertheimers in the mid 1930s and lost. When the Nazis descended on Paris during World War II, Chanel contacted German officials and told them that the Wertheimers, a Jewish family, owned her perfume and as an Aryan, it was her legal right under the laws that then required the property of all Jewish families to be seized. However, the Wertheimers were one step ahead of both the Nazis and the shrewd Coco Chanel. They had seen the Nazi mandates coming and moved to New York in 1940. Not only that, but they turned over full legal control of Parfums Chanel to a French businessman and Christian, Felix Amiot. When World War II ended in the favor of the Allies, Amiot turned Parfums Chanel back over to the Wertheimers. When Coco Chanel died in 1971, the family bought her out.

This brings us finally to Alain and Gerard Wertheimer, who are Pierre's grandsons. They are the third generation of Wertheimers to run the more than 100-year old company and have running the family business for 45 years. They took over complete control of the business in 1996, after their father Jacques passed away. Their wealth, while largely inherited, has been growing over the decades through business deals and acquisitions spanning retail, wine, and horse racing. The brothers are private people who rarely talk to the press. They are largely known as the fashion industry's quietest billionaires. They live very lavish lifestyles out of the public eye.

Gerard is based in Geneva, Switzerland. Alain lives in New York and has been credited with resurrecting the Chanel brand when he took over control of Chanel from his father in 1973. He was 25 at the time and convinced the board of trustees to let him take over the company. Alain and Gerard tapped one of the fashion industry's most famous creative directors, Karl Lagerfeld, to run the most famous brand in the world in 1983. Alongside the brothers, Lagerfeld took Chanel, which was then at its low point, and turned it into one of the most popular luxury brands in the world. In 2017, annual sales of Chanel's various product lines amounted to $9.62 billion. Despite this, they are two of the least famous fashion house owners. When they attend runway shows, they travel there in a modest French made hatchback and slip into the third or fourth row unnoticed.

Alain Wertheimer, as mentioned, lives in New York City in a large apartment on Fifth Avenue with his wife and children. His home isn't far from Chanel's executive offices on 57th Street. Gerard lives in a secluded, French-style mansion in the Vandœuvres region of Geneva, Switzerland. The brothers also own a chateau in France's Loire Valley as well as about seven other homes across the globe. The brothers are avid art collectors and own works by Picasso, Matisse, and Rousseau, to name a few.