By Amy Lamare on September 17, 2020 in Articles › Billionaire News

It would be nice to be a billionaire. You could buy, fund and pretty much do anything you wanted to without having to consider the cost. You could buy a professional sports team. The cost of a super-yacht would be a drop in the proverbial bucket. You could have multiple homes in your favorite cities across the globe. And for sure you wouldn't have to fly commercial because you'd own at least one private plane. Someone who has done all of this is Russian billionaire Roman Abramovich. He has an incredible collection of cars, planes, yachts, art, and homes. Oh, and he also owns the English Premier League's Chelsea FC and can often be seen in the stands rooting on his team. Abramovich's lavish lifestyle and the "toys" he's collected along the way were once called "The Roman Empire" by the Wall Street Journal, which is a very fitting nickname for it. How does Roman afford all these toys? Well it helps that he has a net worth of $15 billion by our most recent count.

The majority of Abramovich's wealth comes from the sale of Russian state-owned assets after the fall of the Soviet Union. Just before the Soviet Union began to fail, Abramovich used $2,000 of his life savings to begin smuggling black market goods and other contraband into Russia. He soon expanded, dealing in everything from plastic toys to automobile parts. At one point, during the height of perestroika, he even sold imported rubber duckies right from his apartment in Moscow.

In 1988, Russia's political climate under Mikhail Gorbachev allowed Abramovich to legitimize his black market smuggling business. He took the money he'd made and set up a company that manufactured dolls, toys, and furniture. Abramovich went on to set up and liquidate at least 20 companies during the early 1990s, in industries ranging as wide and diverse as pig farming to bodyguard recruitment. 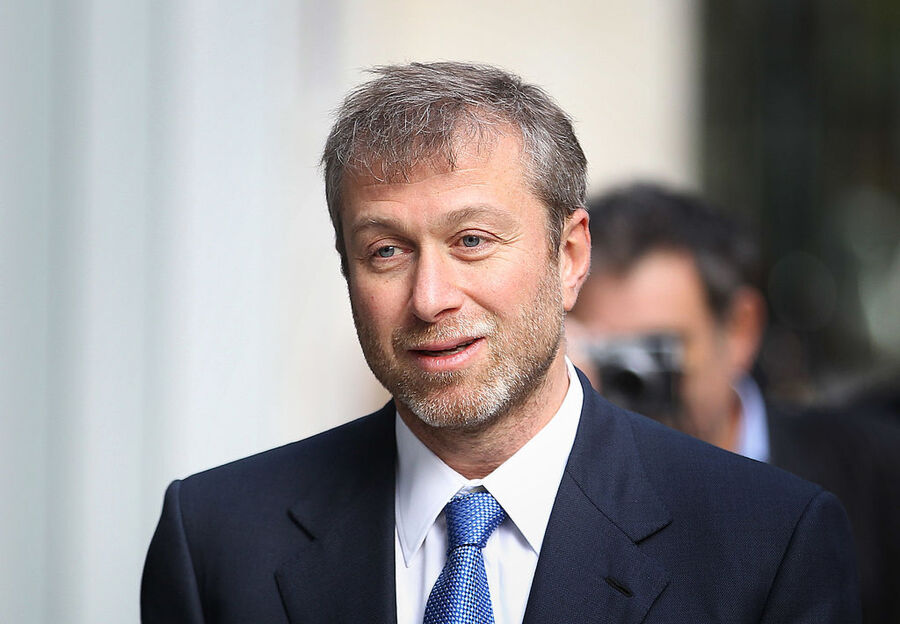 This $200 million investment was well below the company's stock market value at the time, and some bribery was likely involved. The duo rapidly increased Sibneft's oil production and soon the company was earning profits in the billions. Abramovich later admitted in court that he paid billions of dollars in bribes to government officials on behalf of the company and obtained protection from the Russian Mafia to secure the purchase of these and many other assets.

Abramovich went on to acquire a full 70% of Sibneft, 50% of the Russian aluminum oil monopoly, Rusal, and 36% of Aeroflot, Russia's national airline, exhibiting a clear and utter ruthlessness in every business dealing. When Sibneft was bought out by a rival Russian oil firm, Abramovich reportedly earned $10 billion in cash for his 70% stake. Incredibly, today the majority of Abramovich's wealth still sits in cash or other extremely liquid asset classes.

First, let's take a look at Abramovich's large real estate portfolio – or at least part of it. If we wrote about every home he owns, this article would be about 5,000 words.

New York City: Abramovich owns four adjacent townhouses on the Upper East Side of Manhattan. He purchased the four homes for a combined $74 million. Reportedly, he plans to renovate them and combine them into one home that has been dubbed an "urban castle," by the media. The renovation is expected to cost $100 million.

London: Abramovich owns two homes in London, including a $160 million mansion in Kensington. Also, he owns Palace Gardens and a $38.5 million, three-story waterfront penthouse in Chelsea.

French Riviera: Abramovich bought a property in Cote d'Azur in the French Riviera for just under $22 million. The former hotel has 12 bedrooms and was once a favorite of the Royal Family. Abramovich uses the hotel as his personal getaway. He bought Chateau de la Croe in 2001. The estate looks out over the Mediterranean Sea. He spent another $40 million renovating the home.

Colorado: In 2008 Abramovich bought a 200-acre, $18 million ranch. He also owns a nearby ski slope, which he paid $5.6 million for. This is what he settled for after he tried to buy an entire ski town and failed.

St. Bart's: Abramovich owns a lavish estate on the island of St. Bart's worth just under $70 million.

Israel: Abramovich owns two properties in Israel. The first is a $17 million hotel he bought from actress Gal Godot and her husband. Then, just this year, he paid $65 million for a property in Israel, which was the largest residential real estate deal in the country's history.

Being a billionaire means you can buy your favorite sports team and that's just what Abramovich did.

Chelsea FC: In 2003, Abramovich bought the English Premier League's Chelsea Football Club from longtime owner Ken Bates for $105 million. He has poured millions into the team over the years. Chelsea FC is worth about $2 billion and is the sixth-most valuable soccer team in the world.

Yachts: Why have just one yacht when you can have a whole fleet of them, like Roman Abramovich. He is the owner of the $400 million superyacht, Eclipse. The vessel was the largest privately-owned yacht in the world when it was built. It comes with two swimming pools, two helicopter landing pads, and its own submarine.

Abramovich also owned the Pelorus, but he lost it in his divorce settlement. His ex-wife then turned around and sold the Pelorus for $300 million.

All in, including the Eclipse, Abramovich has owned six yachts including Luna, which he sold for $360 million.

Planes: Being a billionaire oligarch, Abramovich also owns several planes, the largest of which is a Boeing 767-33A/ER called The Bandit. He bought the plane from Hawaiian Airlines and renovated it to meet his very specific needs. The plane has a dining room that can set 30 and seriously lavish bathrooms. The plane also has the same advanced missile avoidance system that is used on Air Force One.

Cars: It is believed that Abramovich's car collection is worth $11 million. Ferrari made just 29 Ferrari FX cars: Abramovich owns one of them. The car is capable of going 190 mph. He also owns one of the 15 limited-edition Pagani Zonda Roadsters in existence. He also owns a Bugatti Veyron, a Mercedes AMG GT3, and an Aston Martin Vulcan.

Art: Abramovich has an extensive and expensive personal art collection. He bought a Francis Bacon painting in 2008 for about $86.3 million. He also purchased a Lucian Freud for $33.6 million.