One night in 1979, 14-year-old Anthony Hsieh was working in his family's liquor store in Long Beach, California when a masked gunman walked into the store… pointed a gun at his head and demanded he empty the cash register. His young life flashed before his eyes. He survived unscathed. Turning a tragedy into a triumph, the experience gave Anthony the perspective he needed later in life to found a scrappy, upstart mortgage company and turn it into the second-largest company of its type in the country. His experience in the holdup also gave Hsieh the strength to confront the discrimination and hostility he encountered later as an Asian American trying to build a company in the finance industry. Oh, and by the way, that wasn't the only time he was held up in the family store. He experienced two more armed robberies at the family store.

Anthony Hsieh is the founder of LoanDepot Inc. The company made its IPO on the New York Stock Exchange earlier this year. The public offering made Anthony Hsieh one of the few Asian-American multi-billionaires in the U.S.

This is his story… 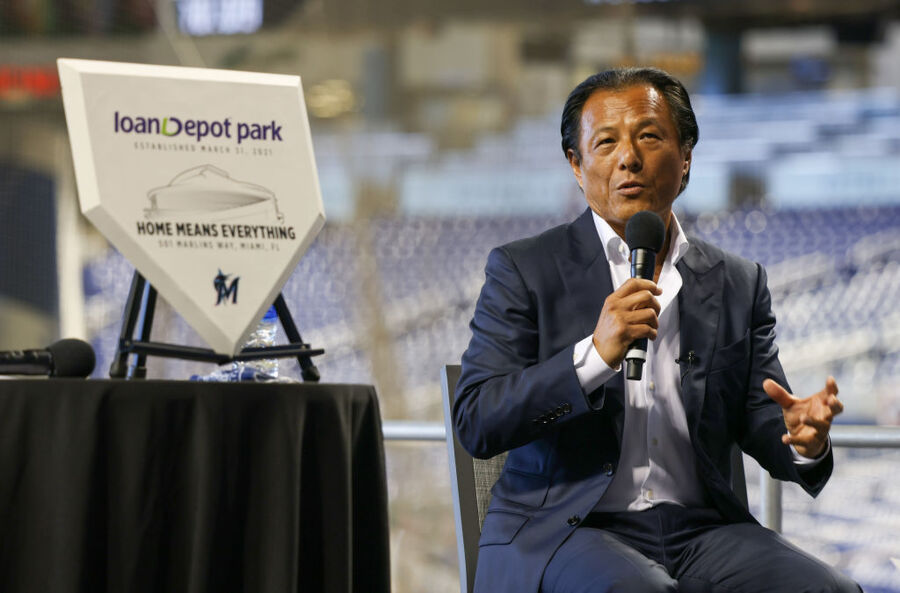 Anthony Hsieh was born in Taiwan. His family immigrated to California in the early 1970s. His parents gave up comfortable lives in Taiwan so that their kids could grow up in the United States.

Hsieh's dad worked as a grill cook while he saved the money to open his own store. His parents didn't speak English, so starting at the age of 8, Hsieh helped broker all of the family's major financial decisions – from buying appliances and cars to taking out a mortgage on their first home in America. Anthony credits this upbringing with giving him the determination he needed to face the biggest banks on Wall Street and get into one of the most cutthroat areas of the financial industry.

Hsieh's parents hoped their son would become a doctor. Just one little problem: Anthony was scared of blood. His parents offered what they thought was a reasonable compromise: He could be a dentist instead.

Hsieh didn't want to do that, either.

Anthony eventually enrolled at California State University, Fullerton where he played on the baseball team. One day after practice, the father of one of his teammates told Anthony he needed to get into the mortgage industry. It was as simple as that and that's what Anthony did. He applied for a job as a loan officer at a small mortgage lender. He was offered the job on the spot.

Four years later, Anthony realized the small business had more potential than his bosses could see. In 1989, he offered to buy the firm They agreed. Anthony proceeded to get rid of the outdated technology of typewriters and fax machines, installed the latest computers, built a website, and renamed the company LoansDirect.

In its early days, LoansDirect was a very typical brick-and-mortar loan originator. People trying to buy a home would visit one of the firm's physical offices and request a loan.

Towards the middle of the 1990s, Anthony could see how the burgeoning World Wide Web could revolutionize the loan business. The freshly-branded LoansDirect.com soon became one of the first mortgage companies to accept applications through the internet.

In 2001 – RIGHT BEFORE THE DOTCOM BUBBLE BURST – Anthony sold LoansDirect.com to E-Trade for $35 million. That's the same as a little more than $50 million today.

With his financial windfall, Anthony spent the next year pursuing a passion for marlin fishing. Fun fact: Decades later, another Anthony Hsieh company – LoanDepot – bought the naming rights to a major league baseball team's stadium. The team? The Miami Marlins.

After taking a year off to catch marlin, Anthony jumped back into the mortgage business. In 2002 he founded HomeLoanCenter.com, the first online platform that offered a full suite of mortgage options in all 50 states.

Anthony sold this company to LendingTree in 2004. Terms were not disclosed.

LoanDepot is Anthony Hsieh's latest startup (and the company that has the naming rights to the Miami Marlin's stadium).

Unlike his previous ventures which mostly matched buyers with lenders, LoanDepot is actually the lender, offering a variety of mortgage options directly to customers.

Today LoanDepot is one of the largest nonbank consumer lenders in the United States. Since its founding in 2010, LoanDepot has funded more than $250 billion in consumer loans.

In 2020 LoanDepot generated $4.3 billion in revenue. Hsieh believes his business will keep growing as millennials and GenZ, who are totally comfortable doing business online, seek mortgages for their homes

In February 2021 LoanDepot went public, raising $62 million in cash in the process. Today the company has a $4 billion market cap.

Anthony owns 200 million shares of LoanDepot which currently trades at around $13 a share. His stock holdings are worth around…

That doesn't include any of Anthony's previously-generated wealth from prior businesses.

In 2014 Anthony paid $16 million for a mansion in a gated Newport Beach, California community. He still owns this home.

In October 2020, Anthony Hsieh paid $61 million for a SECOND mansion in Newport Beach, California. This purchase currently stands as the most-expensive home ever purchased in Orange County, California. I wonder if he got a mortgage?? 🙂

The property is in a gated community with a 19,000 square foot home on a bit less than one acre. The entire back of the house has ocean views. The property also has a detached guest house, gym, home theatre, large terrace, and patio overlooking the ocean. Monthly HOA fees come to $2,500.

Hsieh still enjoys sport fishing. He owns and is the captain of Team Bad Company – a team of seven sport fishermen who travel the globe to take part in the biggest fishing competitions. Team Bad Company is one of the most successful fishing teams in the world and has won more than $6 million in prize money. Hsieh has caught Blue and Black Marlins weighing more than 900 pounds.

Not bad for am immigrant former liquor store cashier!