At the end of July, a one-time Indian alcohol tycoon named Vijay Mallya was declared bankrupt by a British court. This ruling will allow a consortium of 17 Indian banks to go after Vijay's global assets and could potentially mean Vijay will be extradited back to his home country in the very near future.

Vijay has experienced a stunning fall from grace in the last few years. He used to be known as the "King of good times" thanks to his lavish lifestyle complete with fleet of fast cars, mansions, yachts, private jets and flamboyant parties. He's now a bankrupt former billionaire fugitive. 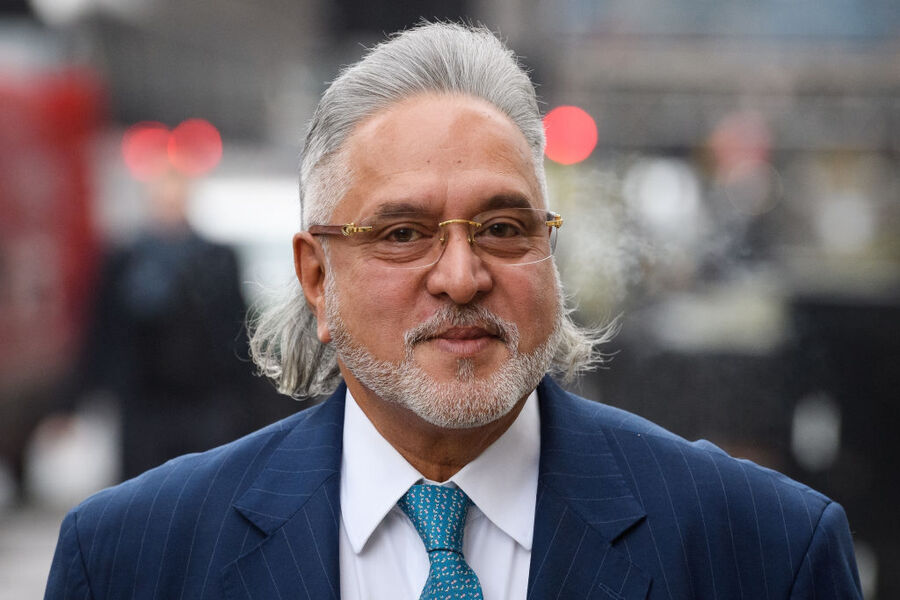 Vijay Mallya was born on December 18, 1955. His father Vittal Mallya was the first Indian Chairman of United Breweries Group, India's largest producer of beer. The company's most-famous brand, Kingfisher, has a 50% market share in India today.

Vijay interned at United Breweries while he was in college.

In 1983, after his father died, Vijay was elected to replace his late father as Chairman of United Breweries. Vijay was 28 years old at the time.

Over the following decades the company expanded into several significant industries, with over 60 companies under the corporate umbrella – including chemical makers, real estate fertilizers, paints, newspapers, magazines and more.

Through United Breweries Vijay was also the Chairman of United Spirits, which grew to be the largest liquor company in India. United Spirits was acquired by Diageo in 2013.

In 2005 Vijay launched Kingfisher Airlines. By 2011, Kingfisher had the second largest share of India's domestic air travel market. Unfortunately, in late 2011 the company reported financial results that indicated it was "drowning in high-interest debt and losing money." A month later the company's accounts were frozen by the Mumbai Income Tax authorities for non-payment of debt. At that point the company reportedly owed the tax authority $10 million.

In early 2012 the airline revealed its losses were approaching $1 billion. Subsequently, half the fleet was grounded and many employees went on strike after salaries dried up. In October 2012 the airline suspended operations after its operating license was revoked by the Directorate General of Civil Aviation. The company reportedly owed over a half billion dollars to some of India's largest, state-controlled banks.

In March 2016 a consortium of 17 Indian banks, led by the State Bank of India, asked the Supreme Court of India to prevent Mallya from leaving the country due to the debt he and Kingfisher allegedly owed. Unfortunately for the banks, Vijay had already departed for England. Using his diplomatic passport – he was a member of India's upper house of Parliament – Vijay fled to the UK, where he has lived in exile ever since.

In April 2017 he was arrested in London on charges of willfully defaulting on $1.3 billion worth of debt, mostly connected to Kingfisher.

In 2018 a British court approved Vijay's extradition back to India. He appealed. In July 2021 his appeal was rejected and he was declared bankrupt.

In February of 2021 the Indian government declared that Mallya "must face trial in relation to a very substantial allegation of dishonesty."

And with last month's British court ruling, it seems inevitable now that Vijay Mallya will be brought back to India, after living for five years as a fugitive in England, to face his angry creditors.

The King of Good Times

During the good times, Vijay was known around India as literally the "King of good times."

In 2008 he spent $110 million to acquire a professional cricket team. He bought 41% of a Formula One racing team. He reportedly threw a 60th birthday party at a five-star Indian beach resort for 600 people at a time when his debts had recently topped $120 million.

At his peak he reportedly owned more than 250 lavish cars that were stored in a private museum. His car collection included:

In January 2017, approximately 30 of his cars were seized and auctioned by the banks.

He owned several yachts, including a 165 foot yacht that was previously owned by Richard Branson.

He owned two planes, a Boeing 727 and a Gulfstream executive jet.