By Amy Lamare on September 11, 2019 in Articles › Billionaire News

Protests have taken over Hong Kong for the past 3 months. Thousands have taken to the streets since July to protest an extradition bill with mainland China. Since that time, the protests have grown to also include police actions and the democratic system in Hong Kong. The billionaires of the city are over it. The Kwok family is especially over it. The Kwoks own Sun Hung Kai Properties, the largest real estate developer in Hong Kong. Shares of the company have taken a nose dive since mid-June. Shares are down 11% – two times as much as Hong Kong's Seng Index. The Kwok family is the richest family in Hong Kong and the second-richest in Asia with a collective net worth of $38 billion. They are losing money faster than other billionaires.

Raymond Kwok, chairman of Sun Hung Kai, has lost $1.7 billion since July 21. Thomas Kwok, who recently got out of prison after serving three years for bribery, has lost $1.5 billion since July 21. The reason for this is that the Kwoks are extra exposed in the two sectors that are hit the hardest by the protests – retail and tourism. Unlike other real estate moguls in Hong Kong who oversee conglomerates with other interests or own property in other countries, the Kwoks are focused on skyscrapers and shopping centers in Hong Kong exclusively. 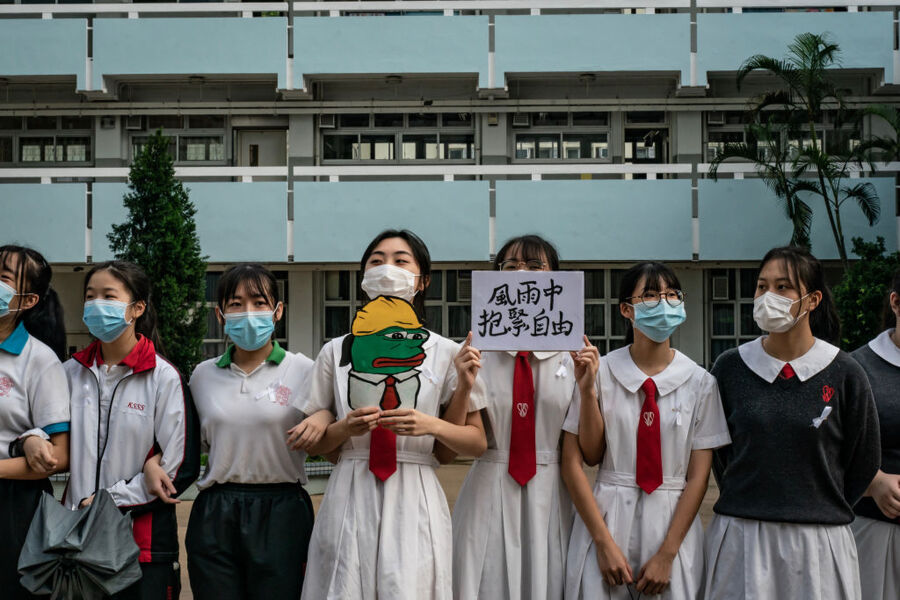 A number of Sun Hung Kai's properties have become the location of protests. The upscale shopping mall New Town Plaza, a Sun Hung Kai property, was the site of a protest that turned especially violent recently. A photo of a woman carrying an expensive Saint Laurent bag stepping over a pool of blood as she fled the scene was widely circulated online.

On August 13, Sun Hung Kai Properties called for an end to the protests and released a statement saying, in part: "The recent series of violent acts to challenge the rule of law have damaged Hong Kong's economy and seriously affect citizens' daily life."

The truth is that the net worth of billionaires in Hong Kong are especially sensitive to market volatility. In 2018, for example, the high-net-worth population of the country experiences the biggest drop in collective wealth of any region across the globe – the net worths of the richest people in Hong Kong fell 13%. The global average was just 3%.