Billionaire Li-Ka Shing, who built his $31 billion fortune in a rags-to-riches story, from being a factory worker to becoming the richest man in Hong Kong, has announced that he will be stepping down as chairman of CK Hutchinson Holdings in May. The 89-year-old has presided over the company he built, which is a business conglomerate involved in everything from retail to telecommunications to shipping for decades.

Li was forced to quit school at the age of 14, after his father died to work as an apprentice in a factory that made plastic watch straps. In 1950, at the age of 22, Li quit his job to start his own company that made plastic toys. The company soon shifted plans and instead began producing plastic flowers because he heard how popular they were in Italy. It was Li's first savvy business decision. He named this company Cheung Kong. 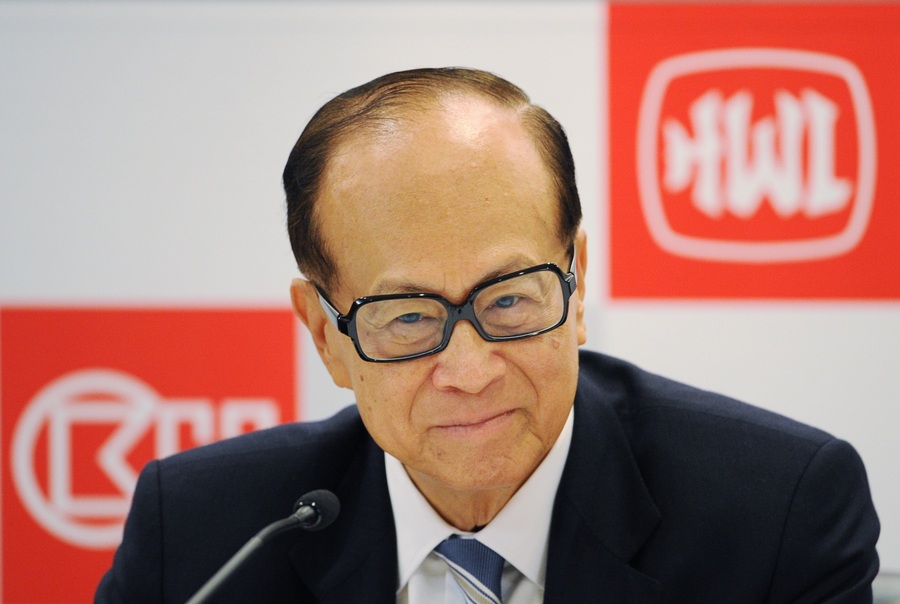 Around this same time, Li began buying apartment buildings and factories throughout Hong Kong with every extra penny he managed to save. Because this was a period of severe social unrest marked by Maoist-led riots and bombings, Li was often able to purchase real estate at steep discounts. By the time the market recovered from the social instability, Li started to make a killing. In 1979 he became the first Chinese citizen to acquire a controlling stake in an old British trading house, Hutchison Whampoa. Because Hutchison Whampoa had been struggling for years, Li shrewdly convinced Hong Kong & Shanghai Bank (HSBC) to sell him their 22% stake in the company for less than half the book value. Hutchison Whampoa owned shipyards, docks, vast parcels of retail space and much more, mainly throughout Hong Kong. Over the next decade, Li managed to successfully turn Hutchison Whampoa around and expand its empire throughout the world. Today, the company, now called CK Hutchison, is one of the most valuable companies in the world with annual revenues of over $20 billion.

Rumors of Li's retirement have been circulating for years. Last year, he named his 53-year-old son, Victor Li, his successor. Victor has spent years preparing to succeed his father.

Li-Ka Shing is known by the nickname "Superman" in Hong Kong. In addition to building his own multi-billion company and fortune, he has been involved in the biggest corporate deal of all time – when Vodafone took over Germany's Mannesmann in 2000. His company walked away with billions from the sale of shares in Mannesmann Li acquired when he sold British mobile phone company Orange to the firm.

Li's CK Hutchison Holdings does business in more than 50 countries and employs more than 290,000 people. Li, will turn 90 in July. He plans to stay on as a senior advisor to the company he built.