Homeless Hero In Manchester Attack Gets Help From Billionaire

Mr. Rogers said when things get scary to "look for the helpers." That is exactly what Stephen Jones was on Monday night when the bombs went off at the Ariana Grande concert in Manchester. Jones is a homeless man, and when he heard the explosions he was sleeping outside the arena. He ran towards the chaos to help the wounded, especially the children, flee the scene.

"First there was a bang, I thought it was some kind of firework, and then there was a big explosion. I just felt the wind force, and then everyone started screaming and running. Me and my mate we got up and we started running. We realized what had happened, we run back, and all the women and children were coming out with blood," he told CNN affiliate ITV News.

"We were having to pull nails and bits of glass out of their arms and faces. It had to be done, you had to help, if I didn't help, I wouldn't be able to live with myself for walking away and leaving kids like that. Just because I'm homeless doesn't mean I don't have a heart." Jones said. 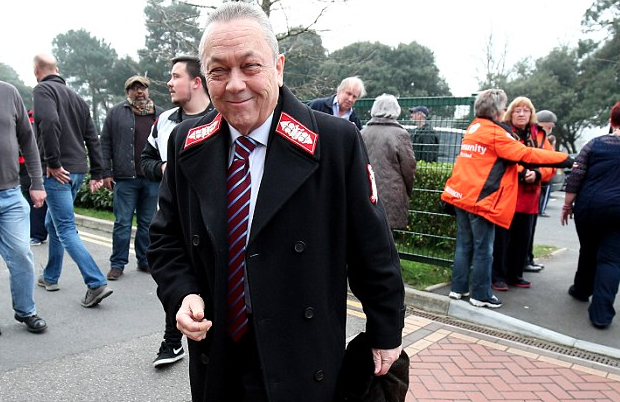 His act of heroism has not gone unnoticed. Billionaire David Sullivan, the co-owner of London's West Ham United Football Club has offered Jones free rent for six months in thanks for how he helped during the terror attack that left 22 dead, many under the age of 15, and 59 wounded. Sullivan hopes that this will help Jones get back on his feet. Sullivan is also offering Jones spending money for six months. Sullivan was England's 117th richest man in 2016 with a net worth of $1.3 billion.

Sullivan was able to find Jones with the help of social media. He is now working out how to pay his rent for six months as well as get him new clothes and opportunities to work.

Others have also been touched by Jones' actions Monday night and have set up a crowd funding page to help him find somewhere to live. So far it has received nearly $38,000 in donations.