These Are The Highest-Paid Billionaire CEOs In The U.S.

It's no secret that CEOs bring home some truly hefty paychecks. That's just how the corporate world works – the guy or gal in charge of everything makes the big bucks. That said, most of the time CEOs don't become billionaires. Most billionaires make their fortunes by starting their own companies, not climbing the corporate ladder. However, there are a handful of billionaires who run the largest companies in the world.

The average pay for a CEO at the 100 largest U.S. corporations is $16.6 million a year. This includes base salary, cash bonuses, stock options, and other benefits.

Meg Whitman is the only woman to make the list. The CEO of HP Enterprises made $32.9 million in 2016. That makes her the sixth-highest-paid CEO of the 100 largest U.S. companies. In 2015, Whitman became chair of HP Enterprises when Hewlett-Packard split into two divisions. HP Enterprises focuses on selling software and servers to businesses, while HP Inc. sells to consumers. Whitman is also chairman of the board of HP Inc. She has a net worth of $2.1 billion. 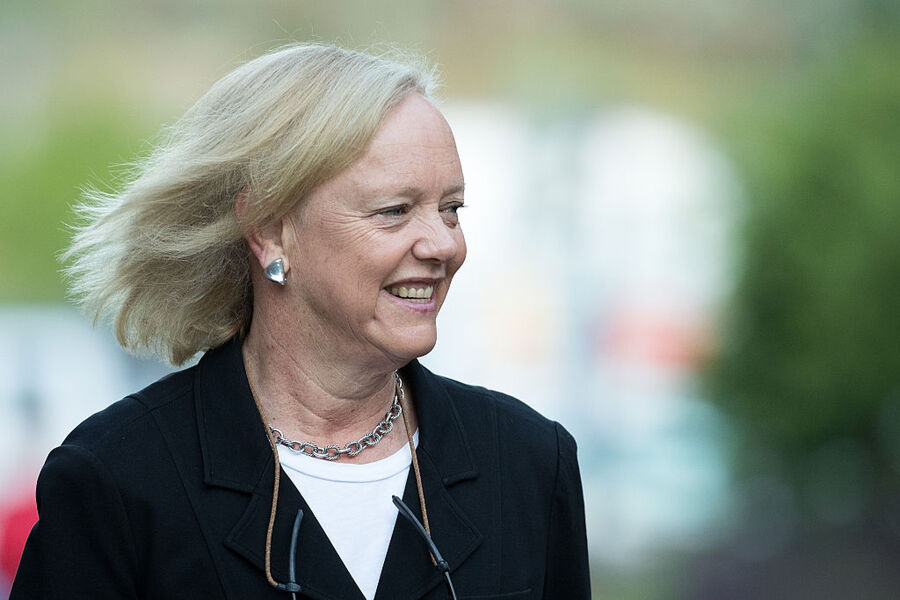 Howard Schultz, former CEO of Starbucks took home $21.8 million. Schultz stepped down from the CEO role in April. He has a net worth of $3 billion.

21st Century Fox's James Murdoch took the CEO gig at his father's company in 2015. In 2016, he made $20.8 million. As a company, Fox has a long history of well-compensated executives. The Murdock family fortune sits at $13 billion.

Sears CEO Eddie Lampert did not have a good 2016. The billionaire, who took the helm of the struggling retail giant in 2013, lent Sears $1 billion of his own money to stay afloat after the company lost $2.2 billion and saw its revenue fall 12%. Lampert made $3.5 million in 2016 and has a net worth of $2 billion.

Roger Penske, CEO of the company that bears his name, made $6.5 million in 2016. His net worth is $1.5 billion. The Oracle of Omaha, Warren Buffet, drew a salary of $487,881, modest by CEO standards. However, his $75 billion net worth makes him the richest person on this list and one of the wealthiest people in the world.