Hedge Fund manager Ken Griffin is having a mighty good year. His long, contentious divorce battle is over. He's been on a real estate and art shopping spree. It's no wonder, as Griffin made $1.7 billion in 2015. At 47 years old, Griffin made more than anyone else in the hedge fund world. He didn't just make more than George Soros, Ray Dalio, and David Tepper – he left them in his dust. Griffin heads up Chicago-based Citadel, which manages $25 billion in its various funds. That Griffin was able to make $1.7 billion in 2015 is no small feat – the volatility of the stock market decimated many funds and stocks causing several venerable hedge fund managers to suffer big losses. Meanwhile, Griffin's Citadel hedge funds are generating returns as high as 17%. Across the industry, the average fund lost 0.85% in 2015. 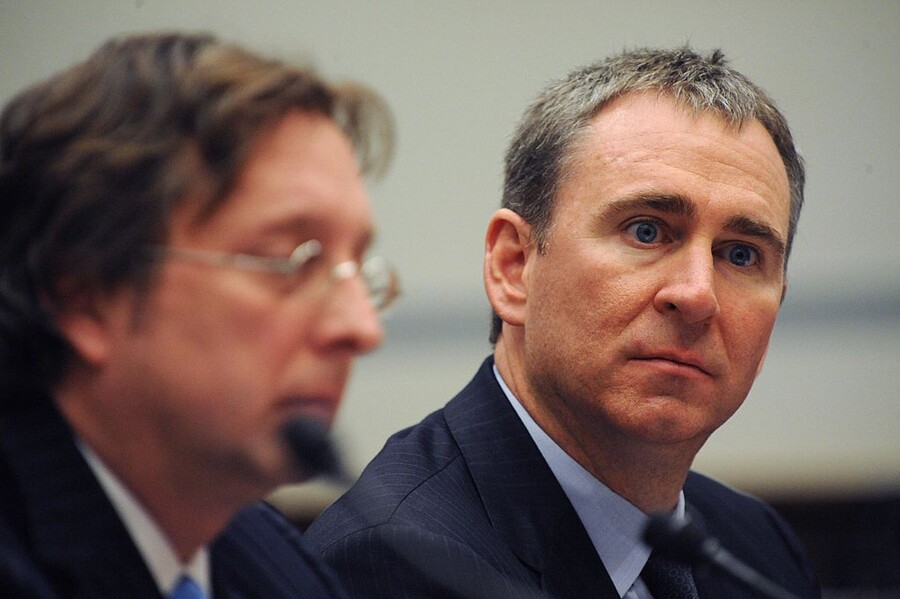 George Soros is the only person on this list to make less than half a billion in 2015. Don't feel too sorry for him, though, with a net worth of $25 billion he's not going broke any time soon. Soros Fund Management oversees $29 billion in assets and managed to achieve small gains in 2015.

Ray Dalio is the founder of Bridgewater Associates, the world's biggest hedge fund firm, which manages $154 billion in assets. Dalio's funds had mixed results in 2015. His Pure Alpha fund returned 4.7% and Pure Alpha Major Markets returned 10.6%. However, the $70 billion All Weather fund posted a 7% loss, significant because a big chunk of Dalio's net worth is invested in this fund.

Israel Englander heads up Millennium Management. The fund handles $34 billion in assets. Englander's fund did well in 2015. It returned 12.5%.

David Siegel is the co-founder of Two Sigma Investments. He built his fund into a $32 billion powerhouse based on quantitative trading. Two Sigma had a great year in 2015. Its Compass fund returned 15% and its Compass Enhanced fund returned 30.4%.

John Overdeck is the other co-founder of Two Sigma investments. In addition to the stellar performance of the two Compass funds, Sigma's Absolute Return fund posted a 15% return and its Eclipse fund 12.9%.

David Shaw has his PhD in computer science from Stanford. He founded D.E. Shaw and Co. in 1988. The firm is known for its very sophisticated mathematical models. Shaw manages more than $39 billion in assets.

David Tepper has a long and successful career as a hedge fund manager. He started Appaloosa Management. It was his fund's performance during the financial crisis that made him an industry legend. Tepper worked the volatile market of 2015 to his advantage. His larger fund, Palomino, returned 11% and his smaller Thoroughbred fund returned 7%.

Steve Cohen is one of the most successful hedge fund managers in history. His Point72 Asset Management returned 15.5% in 2015. This marked the second year in a row of strong returns for Cohen. In 2013, Cohen's SAC Capital hedge fund firm was shut down by federal prosecutors for insider trading. Cohen paid out $1.8 billion of his own money to cover the penalties and sold off all assets. He has a 2-year ban on managing other people's money. The money managed through Point72 is family money. He will be eligible to manage outside money again in 2018.

James Simons retired from his hedge fund firm Renaissance Technologies in 2010. At 77 years old, he still plays a role in the firm, especially in the secretive and profitable Medallion fund.

Ken Griffin had a very good year. His fund Citadel did exceptionally well and earned him $1.7 billion. Griffin also spent $200 million on a condo in Manhattan and $500 million on two paintings – 1955's Interchanged by Willem de Kooning, and 1948's Number 17A by Jackson Pollock. Griffin began trading from his Harvard dorm room in the 1980s. He founded Citadel in 1990. The firm manages $25 billion in assets.