By Amy Lamare on July 7, 2019 in Articles › Billionaire News

The DuPont family is one of the richest American families. Roughly 3,500 family members share a $14.3 billion fortune stemming from the chemicals empire founded by one of their ancestors in 1802. Since then the company has evolved into everything from plastics to dynamite. Oh, and along the way, the company also invented nylon and Teflon.

Robert Richards is one of the Dupont family heirs. He lives off a multi-million dollar trust fund. In 2009 he pleaded guilty and was convicted of raping his three-year-old daughter. He was sentenced to serve eight years in prison but a Superior Court judge somehow decided to suspend the sentence. Did his role in a family that was prominent in the community play a role? Of course it did. Oh, and by the way, he was never on trial for raping his toddler daughter, while he freely admitted he did. Here's how it all went down…

On February 9, 2009, Robert Richards admitted in court to raping his three-year-old daughter. According to court documents, he told Judge Jan Jurden, "I feel horrible. There's no excuse for what I've done to her." His attorneys characterized Richards as a "somewhat gentle person" who would "not fare well" in prison. Richards walked away from that Delaware court room later that day a free man. He pleaded guilty to a charge of rape in the fourth degree, paid a $4,395 fine, and promised to get treatment. Oh, and that claim that he was a gentle person? Besides the fact that he raped a three-year-old, Richards is 6'4″ and about 300 pounds. To call this a gross miscarriage of justice is an understatement. As usual, money talks. 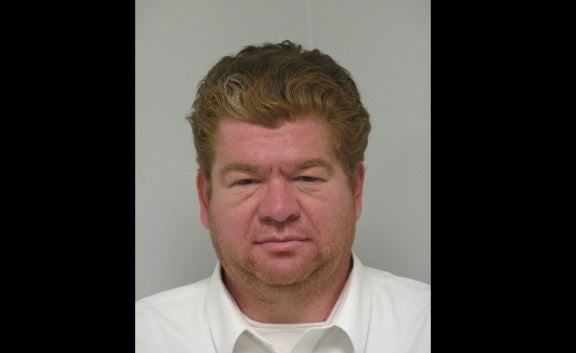 The judge presiding over the case had originally been inclined to send Richards to prison for eight years. Instead, she gave him eight years of probation. The judge cited his needs for treatment but also said his strong family support swayed her in his favor. So he walked out of that courtroom a free man and went back to live on the proceeds of his multi-million dollar trust fund from one of the most powerful families in Delaware – the DuPonts.

Richards wasn't wholly off the hook, however. In 2014, his ex-wife Tracy Richards sued him in civil court for monetary damages connected to his crime. Whereas the original trial somehow escaped the notice of the press, this new one did not and the public was outraged that Richards had avoided jail time for such a heinous act.

In 2007, when Richards' daughter was about five years old, she described where her father had touched her to her maternal grandmother, Donna Burg. Burg immediately told her daughter what had been said and the two got in touch with both a doctor and the Child Abuse Hotline. Richards was arrested on charges that he'd been abusing his daughter sexually since she was three years old. He pleaded guilty to the charges right from the start.

Tracy Richards filed for divorce pretty much immediately. By the time Richards faced Judge Jurden in February 2009, the divorce was final.

When Richards was sentenced, he had promised to undergo treatment at an upscale clinic affiliated with Harvard Medical School. However, his probation status didn't allow him to do that, so he stayed local and went to group counseling for sex offenders. Eventually, his counselor didn't think he was making enough progress and recommended that Richards take a polygraph test. The results of that test indicated that Richards may have also raped his younger son. He claimed that he repressed the memories.

Authorities investigated these cases but never took any action.

Until, at least, Tracy Richards filed that 2014 civil lawsuit in Delaware seeking monetary damages on behalf of the couple's two minor children. She alleged that Richards, "breached his duty of care to his young children." In March of that same year, Tracy held a press conference about her civil suit that got wide media coverage. Her attorney said at the time:

"Making matters worse, this self-admitted rapist and child abuser has not paid a single penny to these children for his crimes."

You can imagine the headlines. Vanity Fair's read: "Du Pont Heir Gets No Prison Time for Raping 3-Year-Old Daughter." The Huffington Post'sread: "One Percenter Convicted Of Raping Infant Child Dodges Jail Because He 'Will Not Fare Well."

The civil lawsuit was settled in three months. However, the media frenzy did not die down. It even dragged Vice President Joe Biden's late son Beau Biden, who was attorney general of Delaware at the time, into the fray. Biden's office had originally charged Richards with two counts of second degree rape, a crime punishable by a minimum prison sentence of 20 years. So, how did Richards end up with no prison time at all?

Beau Biden wrote an op-ed for Delaware's News Journal in which he states that the case against the DuPont heir was not a strong case and that losing the case at trial was a possibility. By taking the plea deal, Richards at least had to register as a sex offender, go to rehab and promise not to have any contact with the victim or anyone under the age of 16. If they lost at trial, Biden posited, none of these restrictions would be in place.

Why did Biden and the other attorneys think they could lose at trial? For the simple reason that young children are not strong witnesses. Additionally, there was little to no medical evidence in Richards' case. On top of that, Richards had all the money in the world to fight the charges against him. And that's what happened in the case of Robert Richards raping his three-year-old daughter. It isn't fair. It is the opposite of fair. But it is the sad fact of the legal system in the United States.

The DuPont family fortune dates back to Pierre du Pont, an advisor to Louis XVI, the last king of France prior to the French Revolution. Pierre's son Éleuthère Irénée was a scientist who worked in a gunpowder plant in France. E.I., as he was known, worked on improving formula of gunpowder as well as how to mass produce it. After Louis XVI was executed, the du Ponts quietly moved to the U.S. It was 1799 E.I. du Pont founded the DuPont company in Delaware.

As mentioned at the beginning of this article, the DuPont fortune is so vast that it supports about 3,500 family members.

Robert Richards, registered sex offender, lives in a house hidden behind tall trees. His eight year probation for the rape of his three-year-old daughter ended in January 2017.