By Amy Lamare on November 9, 2019 in Articles › Billionaire News

Truck stops are big business. Just look at Tom and Judy Love and their multi-billion dollar fortune. The Haslam family of Tennessee are also billionaires, thanks to their chain of truck stops, Pilot Flying J, which they sold to Warren Buffet's Berkshire Hathaway in 2017 – making them another billionaire family that has Warren Buffet to thank for a big chunk of their good fortune. The Pilot Corporation was founded by Jim Haslam, the father of former Tennessee Governor Bill Haslam. Jim Haslam was a star football player at the University of Tennessee. He enrolled at UT in 1948. The Volunteers won the 1951 national championship. He was a starter on the O-line and member of Sigma Chi fraternity and finished second in the voting for the Heisman Trophy during his junior season.

After graduating from college, he joined the Army and spent time in Korea in the time right after the Korean War. When he returned to Tennessee, he took a job with Fleet Oil. After a year, he was made the head of the company's new Sail Oil chain of gas stations. In 1958, Haslam left Sail to start his own company. On October 9, 1958, Haslam incorporated Pilot Oil Corporation and the following month, bought the first gas station in Virginia for $6,000. The station had four fuel pumps and sold soft drinks and cigarettes. He focused on Virginia and Kentucky at first, due to a non-compete agreement with Sail Oil that was set for three years. By 1965, Pilot had a dozen stations but was in debt, so Haslam sold a 50% interest to Marathon Oil, ensuring Pilot would have a consistent supply of fuel. The deal also came with a $4 million loan so Pilot could continue to expand. 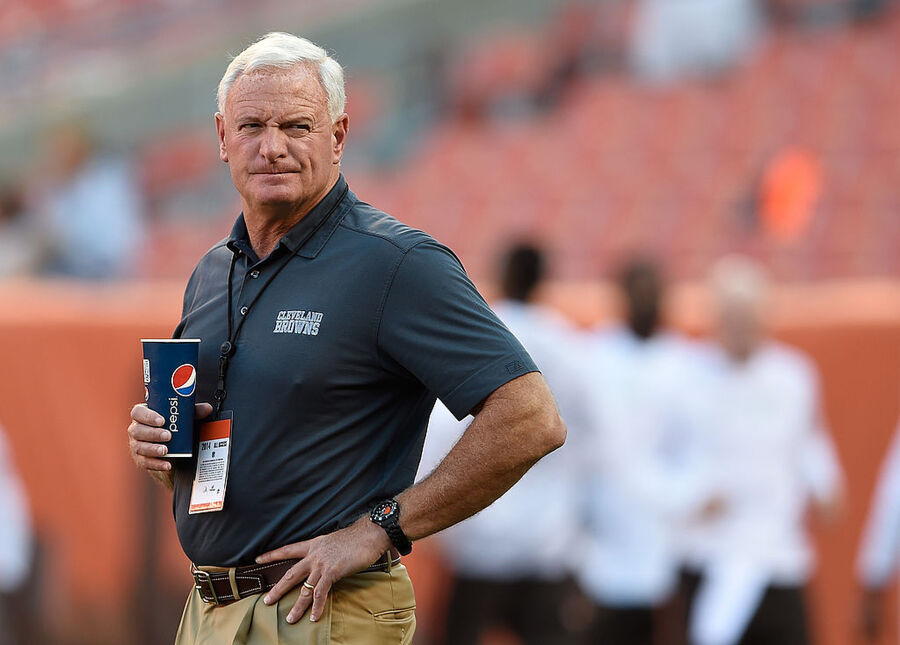 Haslam's wife Cynthia passed away suddenly in 1974. Their eldest son Jimmy, a college student at the University of Tennessee, took her place on the board of directors. Not long after, Pilot expanded into convenience stores. Then, in 1981, Pilot opened its first travel center in Kentucky. Marathon Oil didn't like Pilot's expansion efforts, so in 1988, Haslam bought back the 50% share of the company. In 1994, Pilot acquired 11 Pro Stop stations, which officially made it the second-largest truck stop chain in the U.S. A year later, Pilot had 80 travel centers in 33 states as well as 51 convenience stores in Tennessee and Virginia. The same year, 1995,  Jimmy Haslam moved into the CEO's office. Haslam became the company's chairman and his other son Bill the president.

Expansion continued in the early 2000s, and by 2008 Pilot was the largest chain of truck stops/travel centers in the U.S. In 2010, Pilot merged with the Flying J truck stop chain, which was going bankrupt. The new company came to be known as Pilot Flying J and operates over 550 travel stops in 23 states and Canada.

The Haslam family still oversees the day-to-day operations of Flying J. Jimmy Haslam is still the CEO. Today there are more than 750 Pilot Flying J locations in 44 states and six Canadian provinces. In 1996, the company sold 1.1 billion gallons of fuel. Today, it sells more than seven billion gallons annually and serves 1.6 million guests a day.

The Haslam family now has a collective net worth of more than $6 billion, with Bill Haslam accounting for $2.1 billion of that and Jimmy Haslam $4 billion.