Did Donald Trump's Fortune Increase By $10 Billion This Week Thanks To His Meme Stock SPAC Plan?

By Brian Warner on October 26, 2021 in Articles › Billionaire News

Last week Donald Trump revealed his plans to launch a new company called the Trump Media and Technology Group. According to an investor pitch deck released last week, the company plans to release a Twitter clone called Truth Social while also building a news network and technology business to compete with Amazon and Google.

News of the planned SPAC merger sent shares of DWAC… to the moon… as the kids say. Before the deal was announced DWAC was trading at about $10. As I type this article its share price is sitting at around $83. It's been above $100 in recent trading and very briefly traded at $120.

DWAC is now being compared to GameStop, AMC and other "meme" stocks. Meme stocks have a tendency to explode in value thanks largely to hype and speculation as opposed to traditional finance fundamentals.

And as it goes with any meme stock, some people are making very large profits very quickly. And, according to a bunch of internet reports, Donald Trump is making more money off a meme stock than any one in history by a factor of 10.

If you believe the hype, which is a crucial word in this article, DWAC's soaring stock price has added $10+ billion to Donald Trump's net worth. Is that true of false? 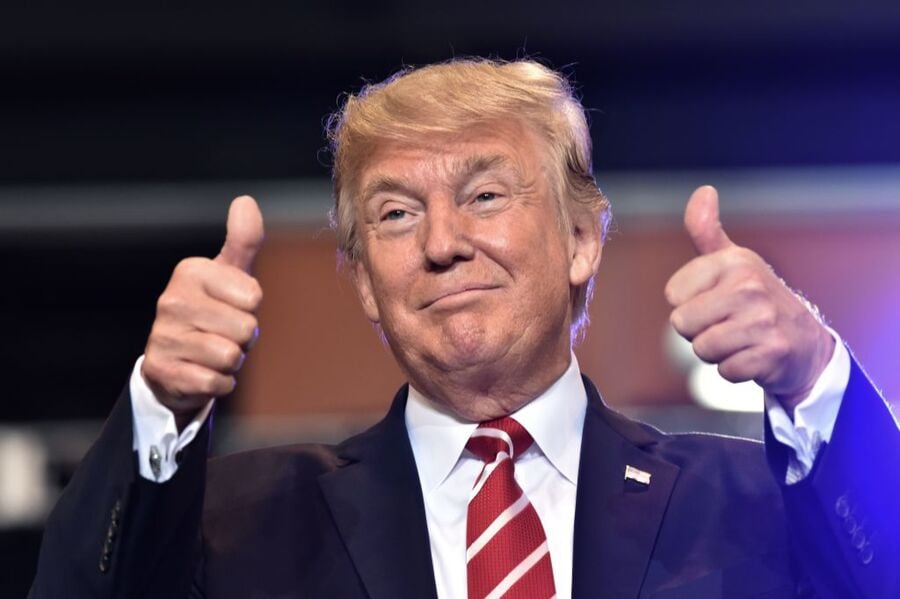 What's Up With All These SPACs?

Traditionally when a company is looking to go public, first and foremost the company has been around for a number of years and already operates an established business model complete with assets, liabilities, revenue, growth plans… it may even already be profitable but that's not a requirement by any means.

The company hires an investment bank which then guides it through the process of making a case for why it should be public and why investors should trust that the price per share they pay today will be much less than the price per share in the future.

Recently, the finance world has seen the rise of Special Purpose Acquisition Companies (SPACs). A SPAC is essentially a shell company that goes public without any assets or business model. The "Special Purpose" of the SPAC is to raise a bunch of money and then use that money to acquire a business. It's that simple. The SPAC has a limited window where the money must be spent to acquire a business. If it doesn't identify a business and complete a SPAC merger within a specific time frame, all capital gets returned to investors.

For example, if you've been reading CelebrityNetWorth recently you may have caught our story about WeWork finally going public through SPAC. That SPAC allowed former CEO Adam Neumann to re-gain billionaire status.

WeWork tried to go public the traditional way back at the end of 2019. Just before its planned IPO, WeWork's peak private valuation was $47 billion. When its investment bankers tried to drum up interest in a public version of WeWork with a market cap $80+ billion, there was zero interest. As it turned out, there was no interest at any market cap level. WeWork withdrew its plans to have an IPO, Adam Neumann was ousted and a lot of people laughed at the failure.

Fast forward to last week when a SPAC called BowX merged with WeWork. The end result is a public version of WeWork (NYSE symbol: "We") that currently has a market cap of $10 billion.

I'm skipping a few big steps to keep this article relatively brief, but long story short, DWAC struck a deal with Donald to take Trump Media and Technology public at an $875 million valuation. The deal would throw Trump an additional $875 million to be used if he meets some (so far unknown) criteria.

This is why there are some reports circulating that Donald Trump's net worth has zoomed up by $10 or $12 billion in the last few days.

There are number of problems with that conclusion-jumping.

First and foremost, this deal is still extremely vaporous. As in, substance free and not really real. As we stated previously, normally when a SPAC merges with another company, the target company has a business. Revenue. Assets. Profit. Employees. Desks. Chairs. When BowX SPAC'd with WeWork, WeWork was still operating thousands of office spaces. WeWork earned $3.2 billion in revenue in 2020… it also lost around $3.2 billion so it wasn't profitable, but the plan is to shore that delta up so it eventually becomes a profitable office rental business.

The Trump Media and Technology Group appears is basically just a power point pitch deck today, A deck that lays out some extremely lofty goals.

Not only does the deck claim they will build a Facebook/YouTube/Twitter killer in Truth Social, it also claims it will build competitive alternatives to Amazon Web Services and Google Cloud. But keep in mind, it hasn't built anything yet. It INTENDS to.

Secondly, this deal still needs to be approved by the SEC and then it actually needs to be consummated which is far from guaranteed. The entire deal is very much up in the air and could fall apart at any moment. In the meantime, who knows what's going to happen to the stock. The share price ended down 11% today after two big funds came out with dire predictions of disaster while revealing short-selling positions.

Finally, we don't know how much of the merged company Donald will actually own. He technically doesn't own any of DWAC today. So if DWAC is worth $10 billion, technically today none of that value belongs to Donald. So that's the ultimate answer to this article's headline.

No. Donald Trump has NOT added $10 billion to his net worth this week.

BUT! Donald is in the power position when negotiating with DWAC. Donald would be wise to demand an extremely large stake of any business that ultimately is worth more than $875 million. After all, just a week ago the plan was to merge at an $875 million valuation. If Trump Media and Technology Group is ultimately worth a more than that, it's 100% attributable to Donald's hype.

At some point in the new few months, DWAC and Trump publicly submit an S-4 regulatory filing with the SEC. This filing will list the ownership structure and financial status of the planned Trump Media and Technology Group. Then DWAC's shareholders will have to vote on whether or not they approve of the proposed ownership structure and financial plans. If they vote no, they can pull the rug out and withdraw all money from the SPAC. If they vote yes, Donald will indeed be a major owner in a publicly traded technology company.