By Amy Lamare on April 4, 2019 in Articles › Billionaire News

Kenny Park has been making handbags for Michael Kors, Marc Jacobs, Kate Spade, Coach, Alexander Wang, and a slew of other luxury brands since the late 1980s. Chances are good that you've bought or owned something he has made. His company, Simone, makes 30 million handbags and small leather goods each year. That is about 30% of the U.S. market and 10% of the world market. Simone employs 30,000 workers in seven factories in China, Indonesia, Cambodia, and Vietnam. It all started with a handbag design for American sportswear company Esprit in 1987. Today, the company has an archive of more than 180,000 designs. Kenny Park's Simone is the biggest original design manufacturer of high end brands in the world. Park was the first person to come up with a mass production system for designer purses.

Park founded Simone (his wife's nickname) in 1987, when he discovered that supply and the number of European craftsman that made designer handbags were in decline at the same time that the demand for designer bag was growing. He saw opportunity and jumped on it. Brands were looking for a manufacturer that could deliver their bags with low costs, speed, and high quality. Park thought, why not me?

Park's late father owned a fishing company with nine boats and a facility for building and repairing ships. After Park graduated from Seoul's Yonsei University in 1978 with degrees in German and Literature he figured he'd join the family business. His two older brothers were already working with their dad and Park had joined them on the boats from time to time for as long as six weeks. He found he had a love for the sea but an even bigger desire to travel and so he decided he would not be joining the family business. He asked his dad to give him three years to make it on his own. He wanted to experience life outside of Korea. 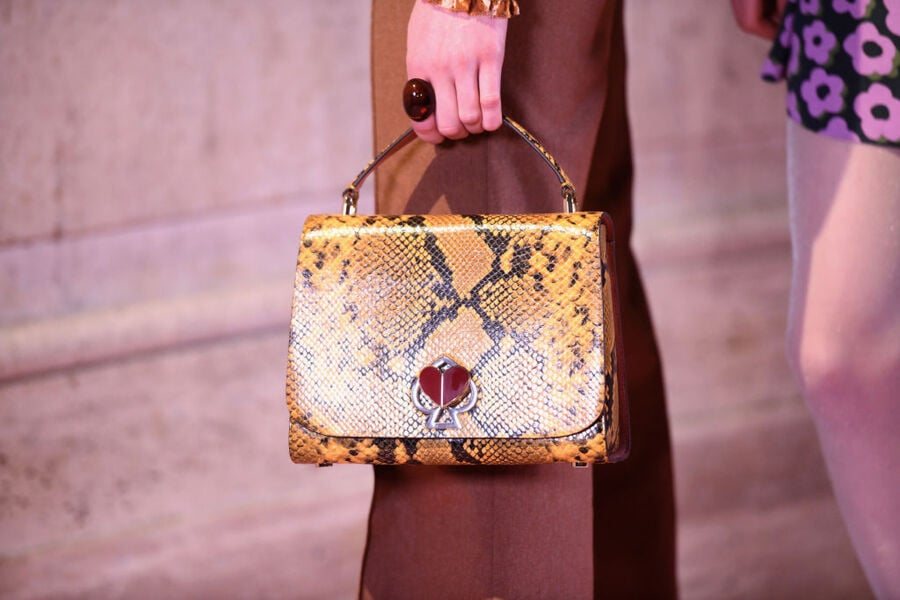 There was only one problem. At the time, citizens couldn't really get a passport unless they were travelling for business because South Korea was under military rule. Park figured out that if he worked for an export company it should make it easier for him to travel. He got a job at Chungsan, a medium sized maker of mid-priced handbags. He was sent to Florence, Italy in 1980 to find a leather supplier. Once there, he was stunned by the fashion sense of the locals. They wore bright colors—yellow pants, red pants, green pants—he could not imagine men in Korea wearing those colors. That sparked his imagination and creativity. He started drawing handbags.

Park worked at Chungsan for seven years, eventually becoming the head of development and sales and increasing the revenue tenfold. Then in 1987, he borrowed $30,000 from his father and launch his own handbag manufacturing company. Everyone thought he was crazy – manufacturing was shifting to less expensive countries than South Korea. However, Park had an ace in the hole – San Francisco based Esprit had approached Chungsan as a supplier. However, a conflict of interest killed that deal. Esprit offered the deal to Park, which motivated him to launch his own company. Timing was on his side. The young people in Italy and the rest of Europe were not interested in becoming craftsmen and existing craftsmen were aging.

With Esprit in the bag, Park concentrated on finding client number two. He asked his American friends who was the hottest designer. People kept telling him Donna Karan. He went out and bought some of her bags and then recreated them himself before scheduling a meeting with her in the fall of 1987. She signed on. Four years later, he opened his first offshore factory in Guangzhou. Five years later he opened a second on in Jakarta.

More than 30 years later, Park is still making handbags and other accessories for Donna Karan. They are close friends. His company Simone has 400 employees in an office campus 14 miles south of Seoul. The company generated $940 million in revenue last year. In 2015, Blackstone Group purchased a 30% stake in Simone for $300 million. Park and his family own 60% of the company.

Park also set up a museum of handbags in the heart of Seoul's Gangnam district. The museum opened in 2012 and displays more than 300 bags, including one that dates back to the 16th century.

Park and his wife have two daughters. The oldest, Joowon is 31 and she runs Simone Fashion Co. That subsidiary opened in 2015 and runs four luxury accessory stores – two for Karl Lagerfeld and two called 0914 that sell Simone's own 0914 brand. The brand is named after the day in 1984 when Park ran into his college sweetheart in a café. They had broken up six years earlier and hadn't seen each other since. The following May, they got married.

The Simone umbrella also includes Simone Investment Co., which manages $1 billion in assets – mostly iconic real estate holdings such as the Washington Harbor complex on the Potomac in Georgetown, the De Rotterdam, a development of offices, apartments, and a hotel in the Netherlands, and the Westin Hotel in San Francisco's Union Square.

Simone is a privately held company and at the moment, Park has no plans to take it public.