By Amy Lamare on September 15, 2020 in Articles › Billionaire News

Alex Kuczynski, the daughter of Pedro Pablo Kuczynski, was blindsided by divorce papers from her diminutive billionaire husband Charles Stevenson Jr. just six days before Christmas in 2019. The 49-year-old socialite and 73-year-old billionaire had been married for 18 years. During that time, Alex was allegedly ordered to maintain his thin physique and not gain more than five pounds. Stevenson, an investor, reportedly also demanded that Alex have sex with him at least four times a week. He reportedly dumped Alex for one of their close friends. Alex, a writer for the New York Times, was said to be very hurt and confused by the divorce.

Alex is a book reviewer for the New York Times tested positive for the coronavirus and remained in lockdown with their children at a home in Idaho. While his estranged wife was battling COVID-19, the septuagenarian reportedly was living the high life with his new girlfriend at Middle Fork Lodge in the Frank Church River of No Return Wilderness Area, an ecological retreat he owns in Idaho. 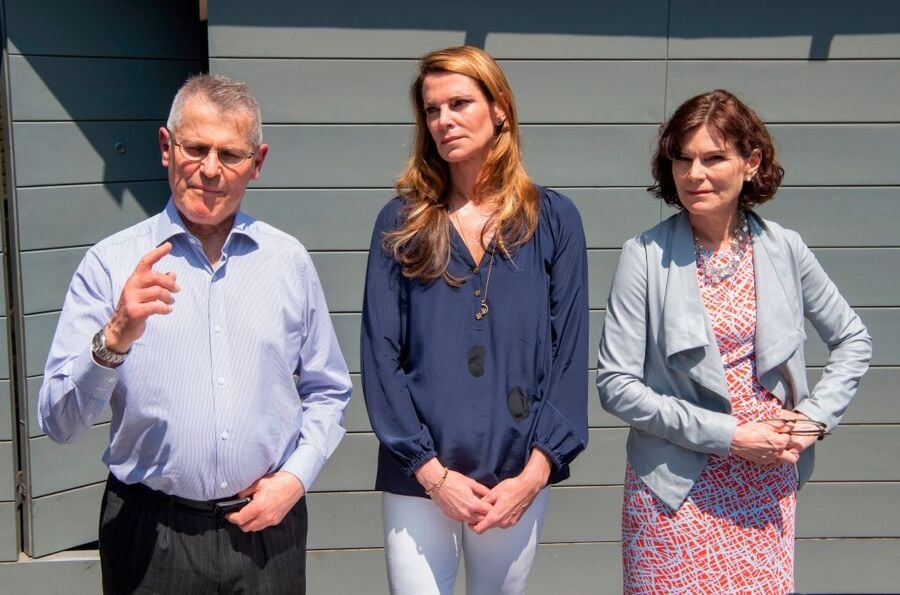 The couple apparently has a prenup, which Alex's attorney has called horrendous as well as "an unconscionable agreement that we're looking to set aside." The prenup is reportedly worth a tiny fraction of the couple's standard of living and does not cover child support for their 11 and 12-year-old kids.

When divorce proceedings got underway recently in New York, they didn't get off on the right foot when Stevenson claimed to have been quarantining at one of his Manhattan properties. Alex reportedly told court officers that her ex had actually been in Idaho, prompting Stevenson to admit he lied.

Alex Kuczynski is the fourth wife of Stevenson. All of his marriages have ended in divorce and he has six other children from the other three marriages. Kuczynski and Stevenson married in 2002 at their Manhattan apartment. Their wedding was officiated by former New York City mayor David Dinkins. Stevenson is an investor and philanthropist. A graduate of Yale, he was a trustee of the Guggenheim Memorial Foundation.

A friend of Alex's allegedly told the New York Post that Stevenson was fed up with Alex's acts of trying to clear her father's name in Peru. Alex's dad was president of the South American country from 2016 to 2018 and is facing charges of corruption and money laundering. Her mother is Jane Dudley Casey, daughter of Joseph Casey, a member of the U.S. House for the 3rd district of Massachusetts from 1935 to 1943. Alex is a 1990 graduate of Barnard College. She is the author of the 2006 book "Beauty Junkies: Inside Our $15 Billion Obsession with Plastic Surgery."