Had Jeff Bezos Never Divorced, Today He Would Be Worth Over $200 Billion Thanks To Amazon's Soaring Share Price

Amazon's stock is soaring. The company's share price hit an all-time high of $2,619 per share on June 8th. With the jump in value, the richest person in the world has become much, much richer. While the world slips into massive unemployment and uncertain economic future, Jeff Bezos' net worth grew by $40 billion in the last few months alone. It's certainly a great time to be Jeff Bezos. But on a slightly sour note, it must sting to know what his net worth would have been right now had he not gotten divorced last year.

We're talking, of course, about Jeff Bezos and his now ex-wife MacKenzie Bezos.

Thanks to Amazon closing at all-time highs this week, Jeff Bezos' net worth is $155 billion. Had he and MacKenzie stayed together, today he'd be worth $205 billion. (And the Giving Pledge would be down one member since MacKenzie would not be owning roughly 4% of Amazon which is being pledged to charity).

For comparison, the second richest person in the world today, Bill Gates, is currently worth $115 billion. 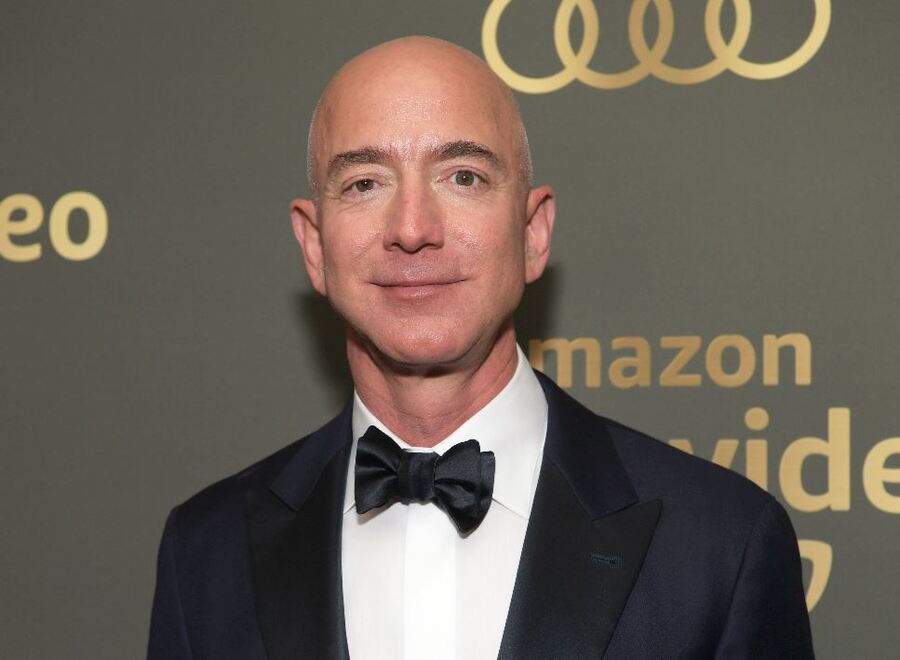 Is Jeff Bezos The Richest Person In History?

Whenever Jeff Bezos or Bill Gates pass a weird new wealth milestone, we like to compare their net worth to the inflation-adjusted fortunes of people from history. The Mellons. The Rockefellers. The Carnegies.

For your reference, here is a list of the richest people of all time, inflation adjusted:

If Jeff Bezos was worth $205 billion today, not only would MacKenzie still be living under his roof, but he would be the 8th richest person of all time, inflation-adjusted. He would have just topped Henry Ford's $199 billion. He'd need to make $30 billion more to jump William the Conqueror's $229.5 billion. At the $155 billion he's actually worth today, he actually knocked Bill Gates out of the 12th person of all-time spot.

On a related note, earlier this week analysts at the Royal Bank of Canada upped their price target for Amazon stock to $3,300. That's a 30% jump from today's closing price of $2,600.

If that happens, Jeff's net worth will be $195 billion. MacKenzie Bezos will be worth $64 billion.

And while we're talking about hypothetical situations, what would have happened if Jeff and MacKenzie never divorced and Amazon hit $3,300 per share? Jeff's full original Amazon stake plus other assets would be worth $260 billion. That would make him the 6th richest human of all time, inflation adjusted.