H.H. Sheikh Mohammed Sends Private Jet With $354,000 Worth Of Supplies To Haiti

By Joseph Gibson on October 27, 2016 in Articles › Billionaire News

When most people talk about private jets, they're using them as a metaphor for unchecked greed and the spoiled lifestyles of the ultra-wealthy. But every once in a while someone uses a private jet for good, like Dubai ruler and United Arab Emirates Vice President H.H. Sheikh Mohammed bin Rashid Al Maktoum, who recently stocked a private jet with $354,000 worth of supplies and sent it on its way to hurricane-battered Haiti.

Haiti got the worst of Hurricane Matthew, so relief efforts in the region are desperately needed. Billionaire Sheikh Mohammed has a net worth of $14 billion and has become known for using it in his philanthropic contributions in the past. Keeping the affair in the family, it was his own wife HRH Princess Haya bint Al Hussein who handled the distribution of the supplies personally, according to the Dubai Media Office's official Twitter account:

As for that reported $354,000 sum, it will get you 90 metric tons of various aid supplies, that were loaded onto Sheikh Mohammed's own 747B-400 cargo jet and sent to a region where the homes of approximately 300,000 people have been destroyed, forcing them into shelters indefinitely. And the specific nature of those supplies includes water purification equipment, mosquito netting, medical supplies, tents, and more, all that are reported to help 340,000 people (not a bad return on a $354,000 investment). 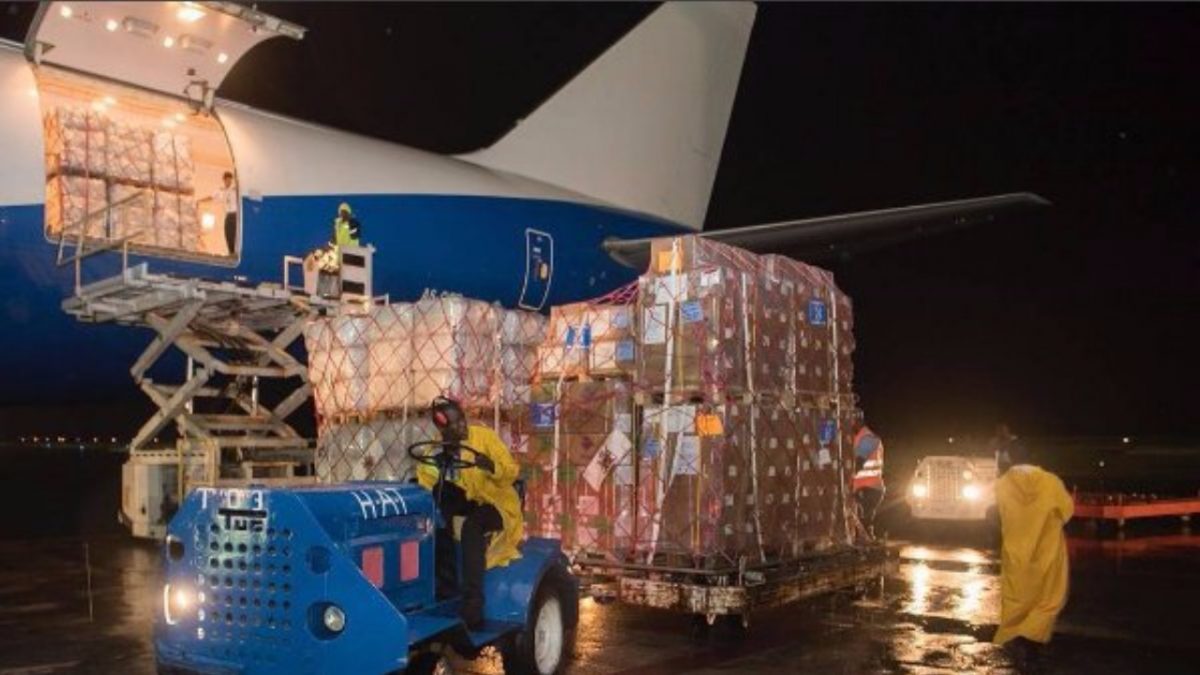 This was not Princess Haya's first relief trip to Haiti, as she took a similar trip to the island back in 2012 after it was smashed by a 7.0 Richter Scale earthquake. In the midst of her relief mission, she took time to salute her husband for his philanthropic efforts, penning an article for the UAE Media Office about his importance in the field of global relief:

"While he has a deep passion for giving the best possible life to his people he is also keen to share some of the gains of the country's progress with the less fortunate around the world. His contributions have not been limited by politics, geography, race, colour or religion. He is passionate about helping those who need it and puts that passion into practice whenever he can."

So the next time someone tries to guilt trip you over your private jet, remember: That's an important piece of any top-tier philanthropist's resources.