By Brian Warner on August 26, 2021 in Articles › Billionaire News

If you were a Stanford student back in 1997, it would have been a very smart move to seek out and befriend your fellow students, Larry Page and Sergey Brin. You could have struck up a conversation at the cafeteria, the library, a coffee shop or a local pub. Presumably, not at the gym. If you played your cards right, you could have parlayed your friendship into an early job at the company Larry and Sergey would soon launch, Google. And that early job would have been worth a massive fortune when Google went public in 2004.

One of Larry and Sergey's professors, David Cheriton, had the good fortune of being invited to give the founders their first $100,000 investment check in 1998. Today David is worth $10 billion.

One of Sergey's friends and collaborators, Craig Silverstein, was hired as Google's first employee. That job resulted in a near-billion dollar personal fortune today.

When they needed office space to run their newly-incorporated business, they first settled in the garage of a local woman who had recently bought a house in Menlo Park, California and was looking to rent her garage to help pay the mortgage. That woman's name was Susan Wojcicki. Susan eventually became Google employee #16. Today she is the CEO of YouTube and is worth a half billion dollars.

One of Larry's friends and collaborators, Scott Hassan, provided some extremely important early technical assistance for the fledgling search engine. As a result of that early assistance, today Scott is generally referred to as Google's "third founder." Technically speaking though, Scott never worked for Google.

Over the last 20+ years, Scott Hassan has kept a much lower profile compared to his other two founders Larry and Sergey, who today are worth $125 billion and $121 billion, respectively. Unfortunately, Scott's low profile has been blown recently thanks to his very high profile, billion dollar divorce. According to a recent New York Times article, Scott's salacious divorce battle will soon be publicly aired in a California courtroom… 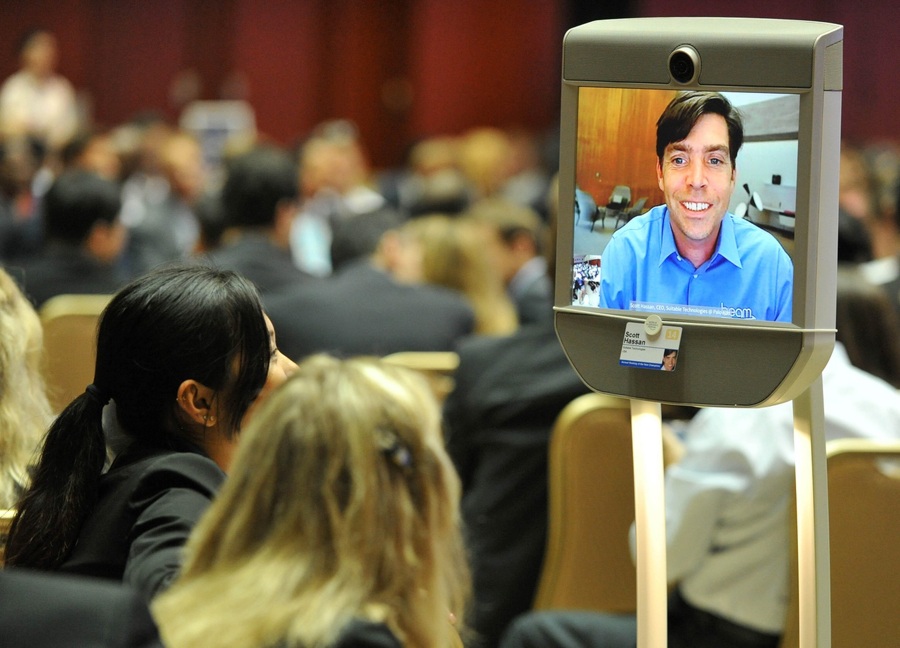 The Creation of Google

In the late 1990s, Scott Hassan was a research assistant in Stanford's computer science department.

At some point in this time period, Larry Page had what would later prove to be a brilliant theory about indexing and sorting web pages on the internet. Larry's innovation was to assign each website a quality score based on the number of links webpages received from other websites. Ranking webpages based on external links produced an exponentially more useful search result page than the dominate search engines of the time were producing. Google's search algorithm today still very much relies on external links as a ranking signal.

A search engine can't exist without a web crawler. Also known as a spider (because it crawls around the web), a web crawler is a digital robot that bounces around the internet from page to page ingesting everything it can find. A crawler needs to literally find every page on the internet. And to be efficient, it needs to do that FAST.

In those early days, Larry and Sergey were using a crawler that Larry wrote himself. When they showed it to Scott, he told them it was cool but slow. Scott offered to re-write and optimize their code, line-by-line.

With Scott's optimizations, Google's web crawler crisscrossed the web at a significantly faster pace. It was a crucial advancement that, arguably, may have single-handedly enabled Google to jump from PhD pet project to future trillion-dollar company.

Unlike a slew of Larry and Sergey's computer science buddies, Scott never pursued a job a Google. To this day he has never been employed by Google or its parent company, Alphabet.

Scott was offered something else though. According to that recent New York Times exposé, for his critical technical contributions, in 1998 Larry and Sergey allowed Scott Hassan to buy 160,000 shares of Google for…

That's not a typo. I did not forget a zero.

After a series of pre-IPO stock splits, on the day Google went public in 2004, Scott Hassan owned 2.56 million shares. On the day of the IPO, Scott's $800 investment was worth…

Google stock has "split" twice singe going public. Had Scott never sold a single share, today his $800 investment would be worth…

That would make him roughly the 170th richest person in the world today. All thanks to a few lines of code he wrote 23 years ago + $800.

Interestingly, though he never worked at Google, Scott did make another fortune from Google's biggest rival, Yahoo.

In August 2000, Scott and Carl sold eGroups to Yahoo for $432 million in Yahoo stock, roughly $215 million per person.

On the day the deal closed, Yahoo's price per share was $132. Unfortunately, the internet bubble proceeded to explode almost exactly one year later, and based on reporting from the New York Times, Scott held on to all of his shares through the bubble's burst.

There was some good news on the horizon. Just two months after Yahoo reached that all-time low, over Christmas in 2001, Scott Hassan married Allison Huynh. Larry and Sergey attended the engagement party.

There was no prenup.

At the time of their marriage, Scott's Google stock was still a valueless piece of paper. And at this point in history the entire planet had decided "dotcom" companies were toxic garbage. So one could argue that in late 2001, owning 160,000 shares of pre-IPO Google wasn't all that valuable.

In that recent New York Times article, Allison claimed when she married Scott he was so financially unstable – with $60,000 in debt –  that she often had often had pay for their food, travel and entertainment. She reportedly paid for their engagement party.

Scott disagrees. Scott claims he was financially very stable at the time they married. He apparently owned a house in San Fransisco and still held those Yahoo shares. Scott confirmed to the New York Times that his shares, which just a few months earlier were worth hundreds of millions, had dropped to around $8 million at the point he married Allison.

Scott and Allison had some good times. Over the course of their marriage they welcomed three children.

They bought two impressive Bay Area homes, one of which is valued at more than $22 million today according to Zillow.

Scott launched two robotics companies, including Suitable Technologies – the one featured in our image above.

The first marital red flag came a year after Google's IPO. According to Allison, that's when Scott asked her to sign a post-nuptial agreement in which she would agree to relinquish all claims for his assets in exchange for 10% of his Google shares which were worth around $20 million at that time. She would also get half of three Bay Area real estate properties. Allison declined.

Fast forward a decade. Allison claims that in 2014, Scott texted her out-of-the-blue to say the marriage was over. They separated in January 2015 and officially dissolved their marriage in May 2020 with a joint custody agreement.

Over the last six years, they have been attempting to divide their estate. In 2018, their estate was reportedly worth at least $1.8 billion.

According to Allison, that $1.8 billion estate is wrapped up in a complex web of more than 50 LLCs which hold their various tech and real estate investments. One of the LLCs apparently owns over $1 billion worth of commercial real estate.

To make matters worse, Scott went so far as to create a revenge website using the domain allisonhuynh.com that included disparaging links and information about his ex-wife. Scott admitted to the New York Times that he created the site "in a moment of frustration." He has since deleted the site.

Normally, billion-dollar divorces are hashed out in private. Because Allison and Scott Hassan have not been able to settle the question of his LLCs, their case will soon go to trial very publicly in a California courtroom. As we hear of more salacious billion dollar anecdotes, we'll report back!