By Brian Warner on April 11, 2021 in Articles › Billionaire News

If you traveled back in time just seven little months, there were only TWO people on the planet who had net worths that topped $200 billion. Those two people were Bill Gates – with a net worth of $120 billion – and Jeff Bezos – with a net worth of $190 billion. If you traveled back just a few years, less than a decade, no single human had ever controlled more than $100 billion in non-inflation-adjusted wealth.

On August 7, Mark Zuckerberg joined the club for the first time.

Today there are EIGHT centibillionaires walking planet earth. In no time in history has there been that many humans with personal fortunes north of $100 billion.

In addition to Mark, Elon, Jeff and Bill, the centibillionaires club counts Warren Buffett and Bernard Arnault as members. Both men have dipped in and out of membership over the last two years, but Warren technically deserves permanent membership since he has given more than $40 billion to charity already in his life.

Rounding out the eight members are two new entrants who gained their status for the first time on Friday. Those two new members are Larry Page And Sergey Brin, the co-founders of a little company called Google.

As of this writing, Larry Page's net worth is $104 billion. That's enough to make him the sixth-richest person in the world, one position above Warren Buffett.

As of this writing, Sergey Brin's net worth is $100 billion. He is the eighth-richest person in the world, one position below Warren Buffett. 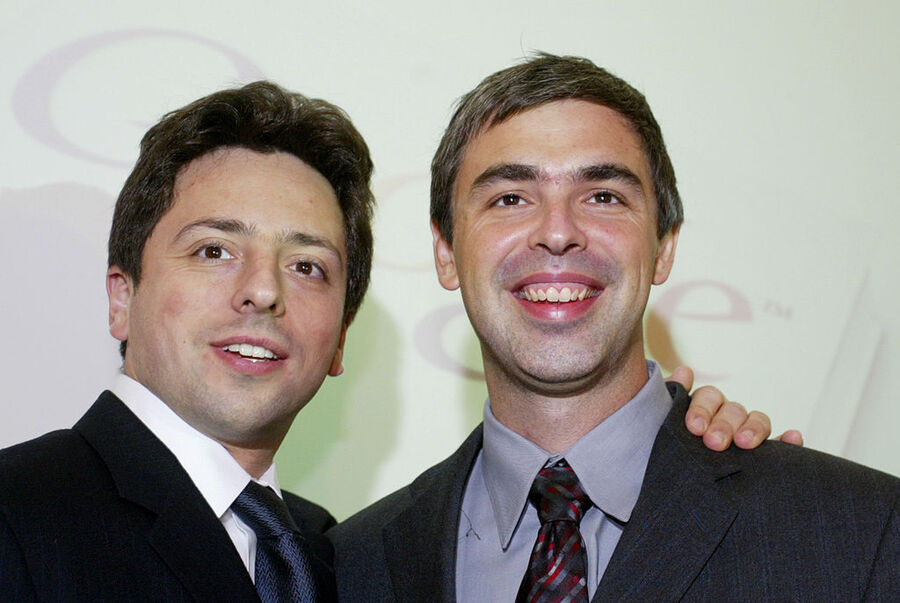 Why is Larry Page slightly richer than Sergey Brin?

According to Alphabet's (Google's parent company) latest SEC filing, Larry owns 6% of the company vs. Sergey's 5%.

Since 2004 both founders have sold billions worth of Google shares. Larry has sold around $9 billion vs. Sergey around $8 billion.