Google Billionaire Larry Page Has Given Billions To His Foundation, But Almost None Of It Has Gone Directly To Charity

By Joseph Gibson on January 3, 2020 in Articles › Billionaire News

Larry Page, billionaire co-founder of Google and its parent company Alphabet, has had a pretty good track record for philanthropic giving during the holidays over the last several years. In 2015, he gave away about $94 million through his foundation, then in the following year, he added about $35 million to the sum and did it again. In 2017, $180 million was contributed to various causes in Christmas gifts from Page's foundation. Altogether, Vox reports that Page has donated an ostensibly impressive $2 billion to his Carl Victor Page Memorial Foundation, much of it during the holiday season. But according to that report, little if any of this money is actually going straight to charity, but instead to something called DAFs, or donor-advised funds, a practice that some say is being used to dodge financial accountability in charitable endeavors.

When a philanthropist like Page starts a non-profit foundation, it's required by federal law to give away at least five percent of its assets every year, or it could lose its tax-exempt non-profit status. Donor-advised funds are essentially "charitable checking accounts" that allow for large lump sum donations to be dispensed by whoever writes the checks over time. They allow such philanthropists to "give away" money that they still have a measure of control over rather than actually giving it away, all while still counting such sums towards the five percent rule.

You can see how this works by taking a look at the Carl Victor Page Memorial Foundation's financial giving for the year 2017 (the most recent for which tax records are available). That year, the foundation gave less than a million dollars directly to charity, with a $1,000 gift to the American Cancer Society, almost $100,000 to a non-profit called the New Venture Fund, and nearly $800,000 to fund free flu shots for students in Oakland, California. Not chump change for most people, perhaps, but significantly less than what a foundation with a $3 billion foundation needs to give away to hang onto its tax exemptions. 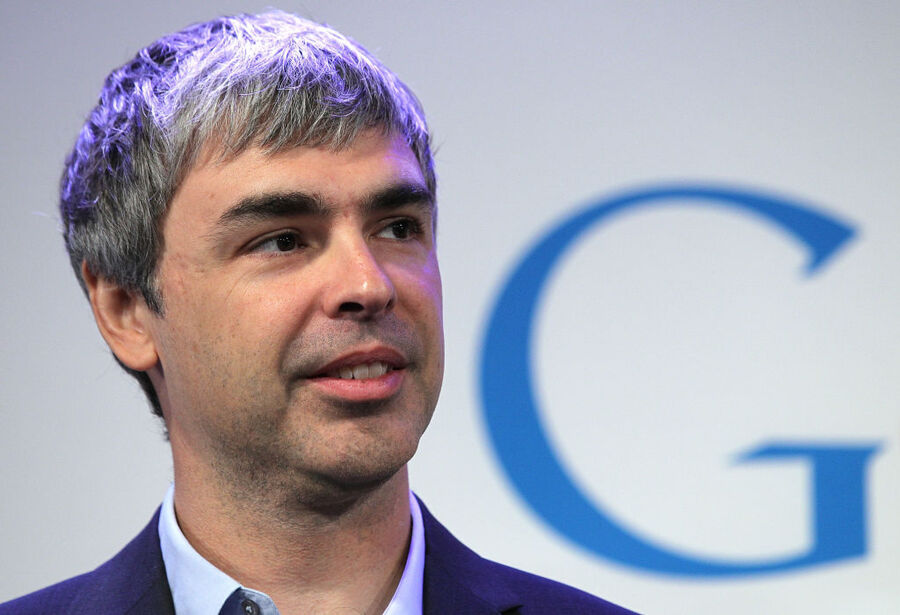 So before the end of 2017, with an encroaching deadline that could have brought with it millions of dollars worth of taxes, the foundation announced gifts of $100 million to National Philanthropic Trust, and $80 million to Schwab Charitable. These two entities both control a large amount of DAFs for their respective clients, and are supposed to represent a stop for charitable funds on their way to actual good causes.

But what happens to the money once it hits those DAFs isn't a matter of public record, but is instead essentially a matter of trust that these funds will be used to benefit other non-profits. The money doesn't still belong to the philanthropist in question, but he or she can still exercise advisory control over it, and there is no legal requirement for these DAFs to disclose how much they give or to which organizations.

Altogether, Vox says that of the $2 billion (mostly in stock in Google and Alphabet) Page has given to his foundation over the years, only four percent has gone directly to any non-profit instead of to a DAF first.

Page is far from the only billionaire to use DAFs in his philanthropy projects, but few if any lean as heavily on the practice as Page has in recent years. Al Cantor, who works as a consultant for non-profit orgs, says that the accounts essentially represent a financial loophole for wealthy philanthropists to meet their giving thresholds without actually giving the money away:

"It makes a mockery of the rules governing foundations…I think in virtually every case it's some kind of last-minute realization that they haven't met their 5 percent and they dump it into a DAF, or it's a conscious effort to avoid public scrutiny. And both of those really are not legitimate reasons. It may be legal, but it shouldn't be."

DAFs are completely legal, even if the money that goes into them to meet the non-profit giving threshold never sees the light of day again, but advocates for the funds say that there are legitimate reasons to use them in philanthropy and not all DAF contributions are simply glorified tax dodges. They can be used as an easy way for multiple charitable organizations to pool funds together, for instance, or as a way to hang onto money for some sort of long-term plan – which may in fact be what Page is doing. In the meantime, the practice is facing increasing scrutiny and public criticism, but it remains to be seen how Page and other philanthropists respond to this, if at all.