By Joseph Gibson on July 19, 2015 in Articles › Billionaire News

Lloyd Blankfein, CEO and Chairman of infamous investment firm Goldman Sachs, is doing pretty well. The 60 year old, who was born in a Brooklyn housing project, just become a billionaire. Blankfein's billionaire status has been a long time coming, since he's been in his current position with Goldman Sachs since 2006, but his success as a Wall Street investor goes far beyond that. He grew up in Brooklyn in a tiny apartment that was home to his grandmother, and several members of the extended family. To make extra money on the side, he worked at Yankee Stadium. Today, his real estate portfolio alone is worth over $100 million.

Blankfein's recent uptick in wealth has more to do with shares of stock in his name than any college degree, though. He is the single biggest individual stockholder in Goldman Sachs. The company currently manages more than $900 billion in combined assets. Today, Blankfein's shares in Goldman Sachs stock are worth four times as much as they would have been back when the company first went public in 1999, and Blankfein has 2.24 million shares of the company to call his own. When calculating his net worth, you can also throw in his real estate/investment portfolio, valued at about $600 million, and his salary for running Goldman Sachs, a relatively paltry $126.6 million since 2012. 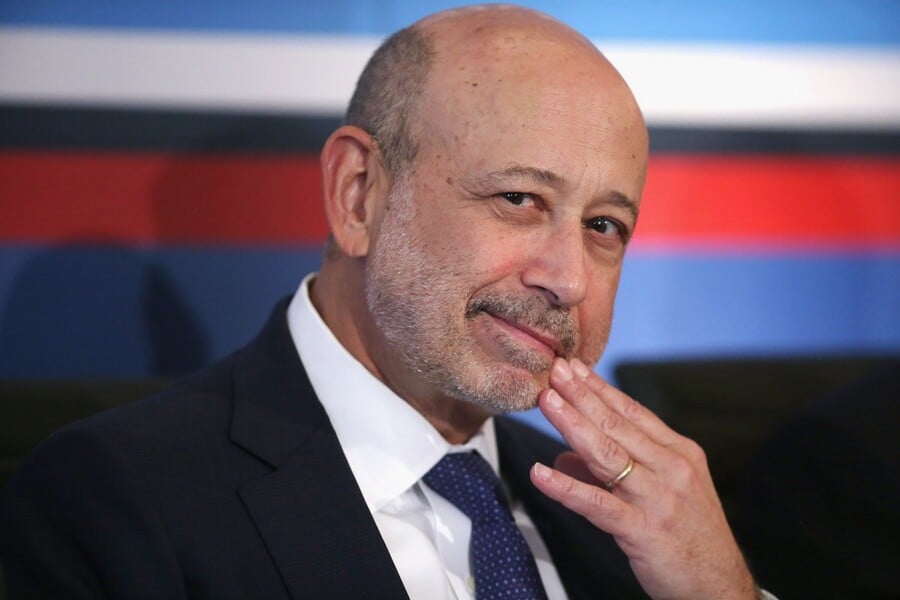 The news comes on the heels of strong overall fiscal showings for Goldman Sachs as of late, with higher earnings than projected in this year's fiscal quarter. The firm reported investment banking revenues at 13% higher than they were in the second quarter of last year, and the company also reported higher revenue from its investment management arm. There, the company took in $1.65 billion, which is a 4% increase from the previous quarter and 14% higher than the same quarter last year. According to Goldman Sachs, this increase in revenue is pretty simple to explain – they increased their fees.

It all comes to an estimated $1.2 billion net worth for Lloyd Blankfein – not bad for a guy who grew up poor and whose dad was a post office mail sorter. And Blankfein's humble beginnings give him a different perspective on his enormous wealth, compared to many of his now-fellow billionaires. Blankfein is reported to have made comments in recent years espousing the benefits of more equal distribution of wealth, having grown up in publicly-funded housing and received scholarships based on financial need to go to Harvard as a student. During a speech at a South African business school back in April, he made these remarks:

"I know I'm a big fat cat, plutocrat kind of guy, but I will tell you I've been the beneficiary of some of these redistribution policies. Sometimes I wish I had amnesia, because there's lots of things I'd like to forget, but that isn't one of them."

Of course, Blankfein made those comments before he officially became a billionaire, so perhaps he feels a bit differently on the subject now.