Gold Is Making The Commodities Market Shine For Billionaire Investors

By Alyssa Camparo on June 14, 2016 in Articles › Billionaire News

As energy and consumer commodities struggle, the commodities market for precious metals, especially gold, is shining. The world's gold producers have seen their stock prices double this year in response to cheaper mining technology, bullish investing, and risk-adverse governments.

On Friday, the price of gold was up 0.2% to $1,278.60 on the New York Mercantile Exchange. Although the price of gold dropped in May, outstanding shares of two popular ETFs that track gold mining stocks, GDX (NYSE Arca: GDX) and GDXJ (NYSE Arca: GDXJ), have risen by 11 percent in the past month, indicating that more money is backing the commodity. According to Thomson Reuters, the precious metals ETFs saw their fourth straight week of inflows for the week ending May 25, 2016. 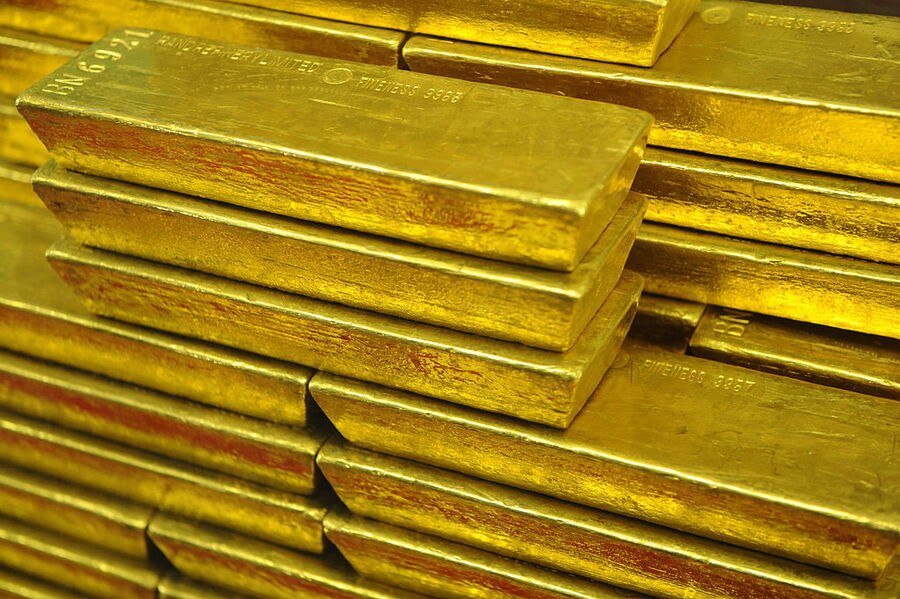 A smarter industry has fueled the surge in gold prices. The amount of money gold companies are spending to produce an ounce of the precious metal has fallen by approximately 34 percent since 2012, Bloomberg reports. Barrick Gold even claims that its all-in sustaining costs reside in the range of $760 to $810 per ounce – the lowest cost of production in the mining industry. This news appeals to long-term billionaire investors.

George Soros, the billionaire fund investor, has made some bearish bets on Barrick Gold and precious metals commodities. Filings by Soros Fund Management show the investor acquired more than 19 million shares of Barrick Gold in the first quarter of 2016, giving the Fund a 1.7 percent stake in the company. Those shares were worth $264 million at the end of March, and are worth over $372 million today. He also bought a one million-share stake in Silver Wheaton.

In February, Canadian billionaire, Frank Giustra, also bought 10 million shares – close to 13 percent – of Sandspring Resources. The Canadian resource exploration company is advancing a major gold prospect in Guyana, South America. Over the past year, its stock has been a "huge mover" on the market and outperformed Standard & Poor's 500 by 5.58%.

The strong interest in gold even has Marc Faber, author of the Gloom, Boom, and Doom report, excited. Last week, the famously downbeat investor surprised many when he offered an upbeat opinion of the gold market, saying it has "significant upside potential in 2016."

There are apparently no limits on this upside. According to Harvard economist Kenneth Rogoff, there is no upper limit on gold's price, making it "an extremely low-risk asset" with average real returns comparable to very short-term debt. He suggested that emerging economies shift their U.S. dollar reserves to gold.

Russia and China are doing just that. Moscow has tripled its gold holdings between 2005 and 2015 and Chinese investors have bought almost 1,000 metric tons of gold as a safe haven asset.

The only place where gold doesn't seem to be in demand is India. Citing a person familiar with India's Finance Ministry data, Bloomberg reports that India's gold imports in May totaled just 31 metric tons, a drop of 51 percent from last year. A member of the Mumbai Jewellers Association in the Zaveri Bazaar noted, "there's hardly any demand now."

But OilPrice.com believes India's buyers will eventually return to the market once they realize gold prices aren't going to lose their shine anytime soon. Perhaps buyers in India should just keep an eye on Soros and Giustra's next moves.